Ever seen a video where a flat-Earther tries to demonstrate that a distant object that appears to be behind an obstacle can be brought back into view simply by zooming in? He would then conclude the same thing would happen when zooming in to a distant ship, and the reason a distant ship is not visible is not the curvature of the Earth.

Well, no. The real reason why the object in that experiment can be seen after zooming in is that the obstacle is close, and there’s difference in the camera’s entrance pupil size when the zoom changes. For a camera that has very long zoom range —like the Nikon P900—, the difference can be very dramatic.

The object can brought back into view after zooming in simply because the lens opening is larger when zoomed in!

The Case of the Nikon COOLPIX P900

The Nikon P900 is probably the most popular camera in the flat-Earth ‘industry’, as it has the longest zoom range for any camera at the time of this writing. The camera has a staggering zoom range, over 83× according to the specification. 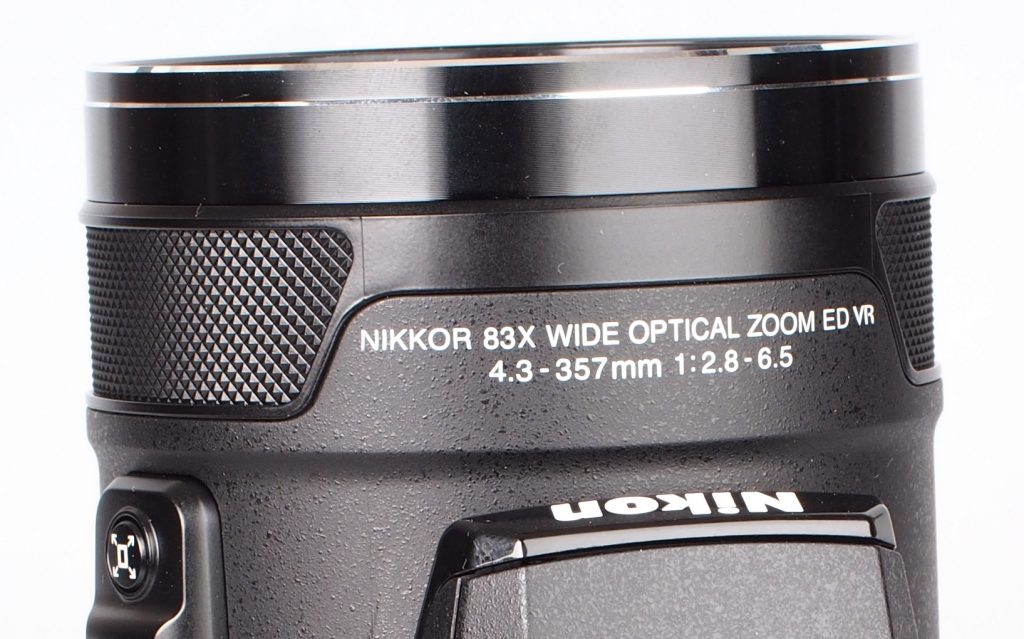 The lens has focal length range of 4.3-357mm, and maximum aperture of f/2.8 to f/6.5. The first number is at its widest zoom, and the second number is at its longest zoom. To find out the size its entrance pupil, we simply divide the former by the latter:

The camera has 37× wider entrance pupil at its longest zoom compared to its widest zoom, or more than 5 cm difference. That’s enough difference for the phenomenon described above to easily happen.