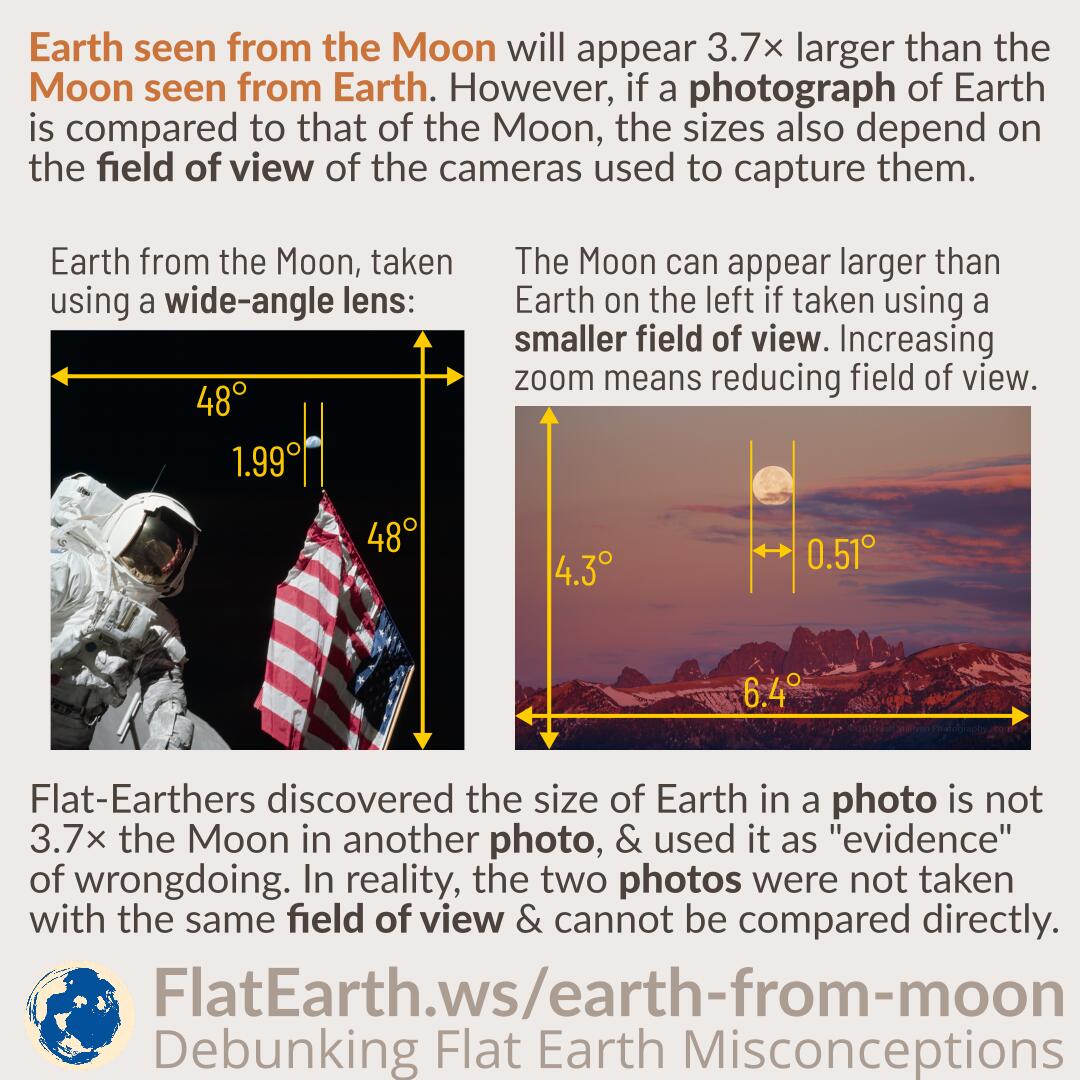 Earth seen from the Moon will appear 3.7× larger than the Moon seen from Earth. However, if a photograph of Earth is compared to that of the Moon, the sizes of both objects also depend on the field of view of the cameras that were used to capture them.

Flat-Earthers discovered the size of the Earth in a photograph is not 3.7× the Moon in another picture. They used the fact as “evidence” of wrongdoing. In reality, the two photos were not taken with the same field of view, and cannot be compared directly.

The Apollo astronauts, who went to the Moon, used cameras equipped with a wide-angle lens most of the time. In some of their photos, they captured Earth. Because the cameras had a wide field of view, Earth appears very small in the frame.

The size of Earth in a photograph taken from the Moon and the size of the Moon in a photo taken from Earth cannot be directly compared unless we ensure both pictures were taken using the same field of view.