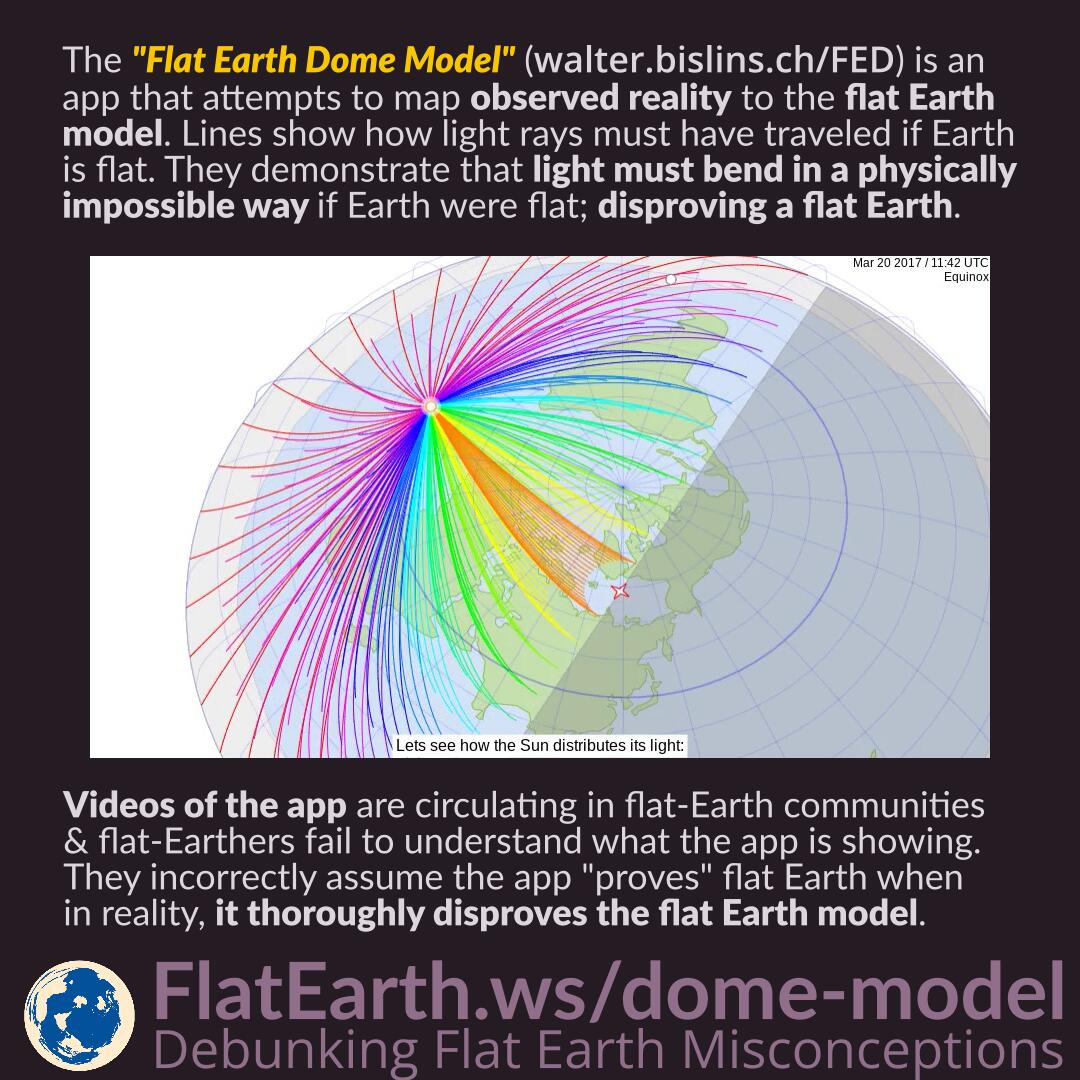 The “Flat Earth Dome Model” (walter.bislins.ch/FED) is an app created by a fellow flat Earth debunker, Walter Bislin. The app attempts to map observed reality to the flat Earth model. Lines in the app portray how light rays must have traveled if Earth were flat. They demonstrate that light must bend in a physically impossible way if Earth were flat, disproving a flat Earth.

Videos of the app are circulating in flat-Earth communities, and flat-Earthers fail to understand what the app is showing. They incorrectly assume the app “proves” a flat Earth when in reality, it thoroughly disproves the flat Earth model.

The app has a few presets showing the path of light rays on a flat Earth in various scenarios, including in eclipses, during an equinox, day and night, at the poles, and star trails. The app shows that the flat-Earth model cannot explain the observation. Or it might be able to, but only with an impossibly strong light bending in a specific way, of which there is nothing that might be able to cause such a thing, and cannot explain the different phenomena consistently.

Walter is aware that some people incorrectly assume that he created the app to “prove” a flat Earth. He presumably got tired of it and added a warning at the top of the simulation, saying, “Before you think I am a Flat Earther, please read the Conclusion and the Purpose of the Model.”