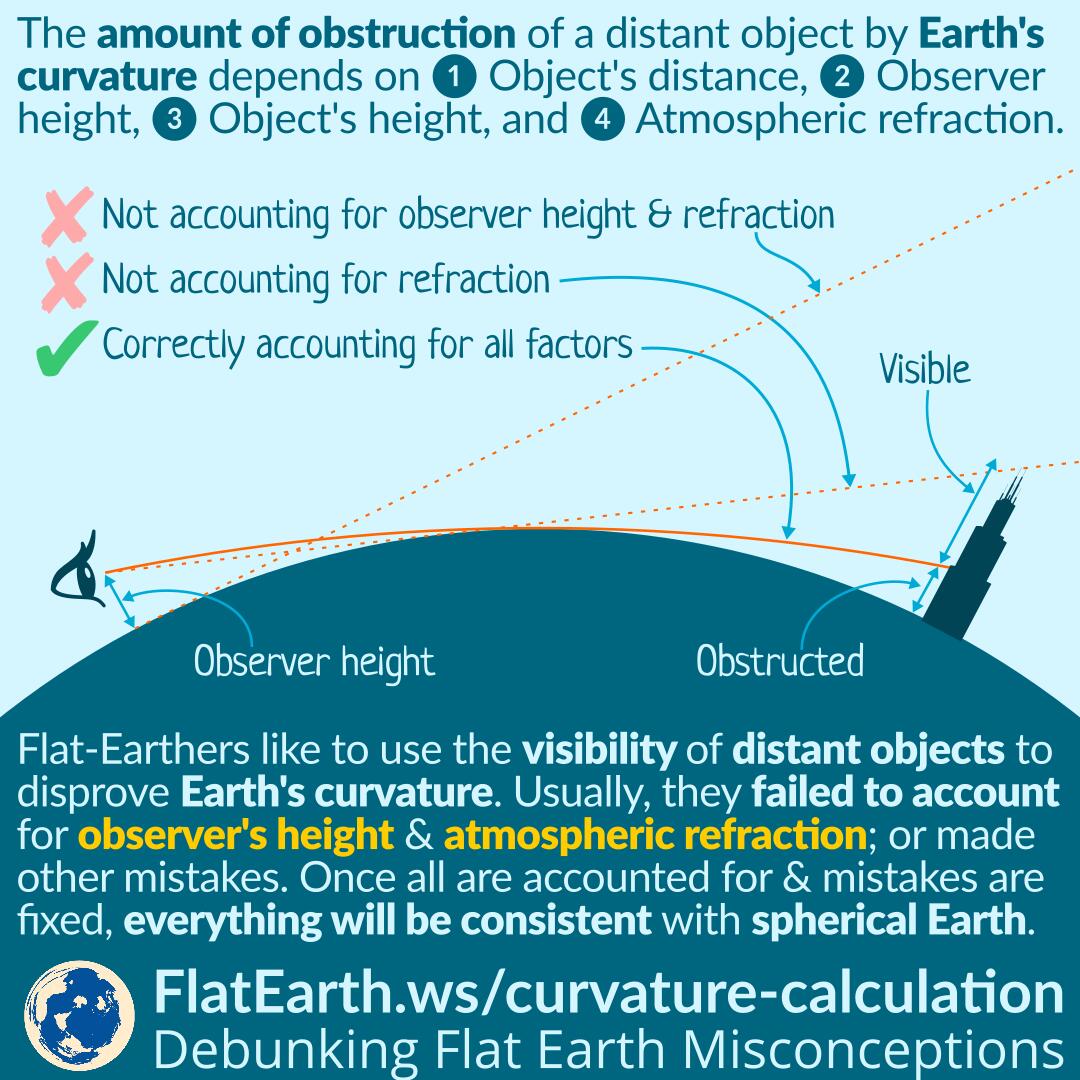 The amount of obstruction of a distant object that is caused by Earth’s curvature depends on:

Flat-Earthers like to use the visibility of a distant object to prove Earth’s curvature does not exist. Very often, they failed to account for observer’s height and atmospheric refraction, or make other mistakes, like unit conversions errors, distance calculation errors, etc. Once all are considered for, and mistakes are fixed, everything will be consistent with spherical Earth.

The most common error is not taking the observer’s height into account. They would only calculate drop from the horizontal plane. It doesn’t matter if they are using engineering grade AutoCAD 2016 with 15 digit precision, the numbers will be incorrect if the geometry is wrong in the first place.

It should be pointed out that atmospheric refraction is not constant. It depends on the weather condition. The amount of refraction can vary even in a single day.

Once everything is accounted for, and all the mistakes are corrected, everything will be consistent with the spherical Earth model. Every single time.

The following is the legendary Earth’s curvature chart made by a flat-Earther “using AutoCAD 2016 with 15-Digit precision”™. While technically not entirely inaccurate, the chart is often abused by flat-Earthers to calculate the expected amount of obstruction when it is unsuitable for such purpose, and actually is not that much useful anywhere else. 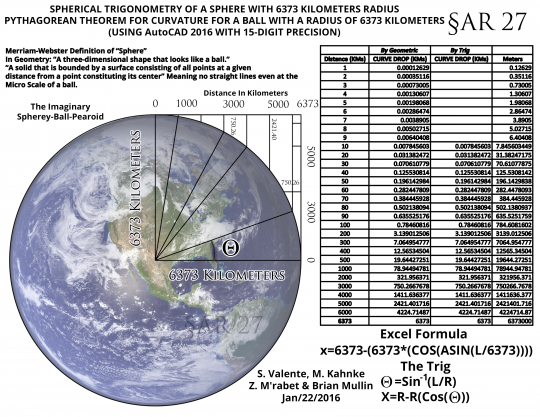