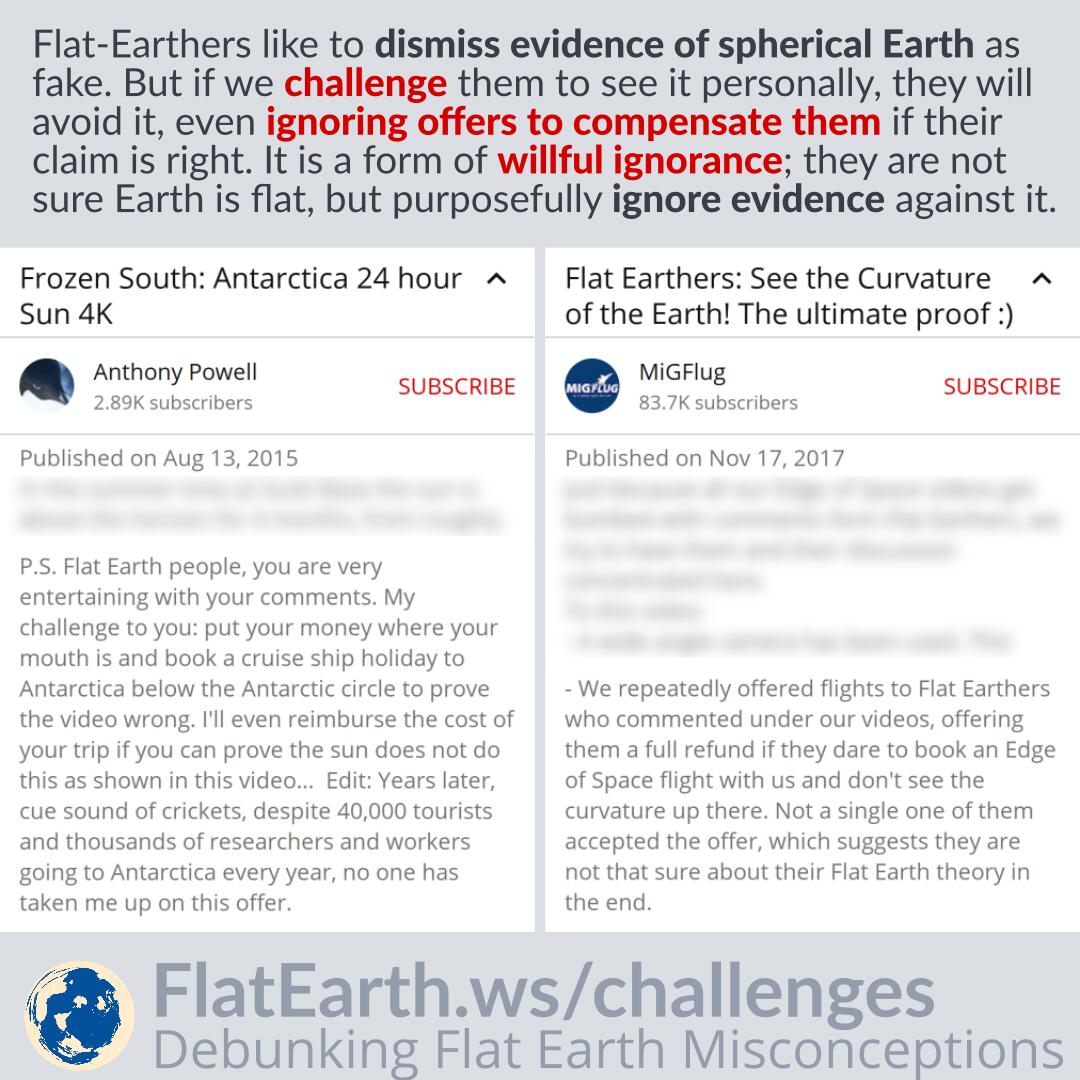 Flat-Earthers like to dismiss evidence of spherical Earth as fake. But if we challenge them to witness it themselves, they will avoid it. They will even turn a blind eye to offers to compensate them if their claim of fake evidence is right.

It is a form of willful ignorance. Deep inside, flat-Earthers are not even sure Earth is flat, or even subconsciously understand Earth is a sphere, but they emotionally believe a flat Earth anyway. Unwilling to let go of their belief, they purposefully ignore any evidence against flat Earth.

In one case, Anthony Powell created a timelapse video of the Antarctic midnight sun. Flat-Earthers accused him of faking the video. Anthony made a challenge to any flat Earthers to go to Antarctica to prove his video wrong. He even offered to reimburse the cost of the trip if the flat-Earther can prove midnight sun does not occur in Antarctica. No flat-Earther has taken up on the offer.

Another case involves MiGFlug, a company that provides flights to the upper stratosphere, where we can easily witness Earth’s curvature using our own eyes. Flat-Earthers attacked MiGFlug as being a fraud, and as a response, MiGFlug offered flights to flat-Earthers, promising a full refund if they do not see the curvature up there. Nobody accepted the offer.