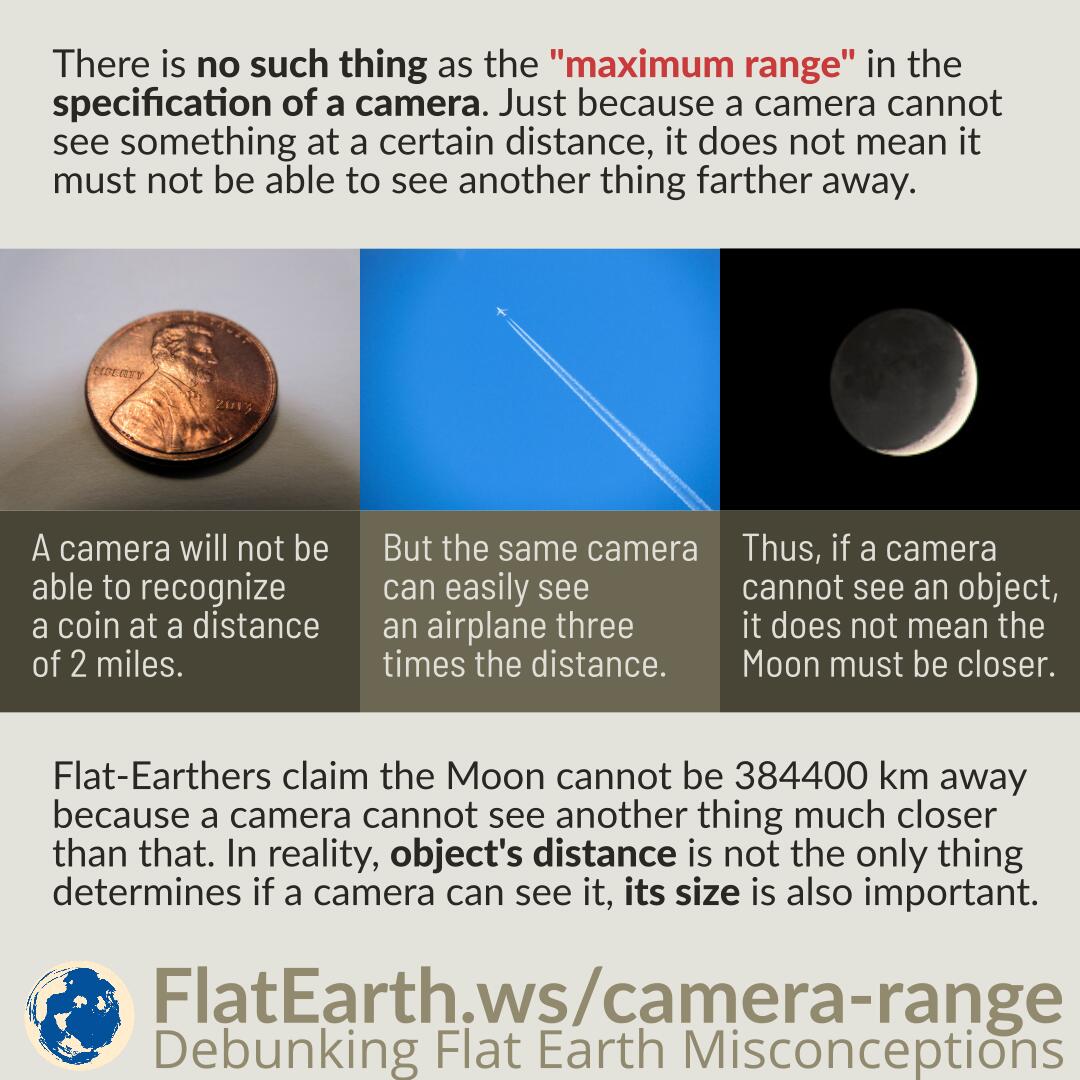 There is no such thing as the “maximum range” in the specification of any camera. Just because a camera cannot see something at a certain distance, it does not mean it must not be able to see another thing farther away.

Flat-Earthers claim that the Moon cannot be 384400 km away because a camera cannot see another thing much closer than that. In reality, an object’s distance is not the only thing that determines if a camera can see it, but the object’s size also matters.

A camera will not be able to recognize a coin at a distance of 2 miles. But the same camera will be able to see an airplane three times the distance easily. Thus, if a camera cannot see an object, it does not mean the Moon must be closer than the object.

While the Moon is very far away, it is also enormous. Its angular size is around 0.52°. On the other hand, a coin two miles away has an angular size of less than 0.0005° or about 1/1000 of the Moon’s angular size. It is easier for the camera to see the Moon than the coin, even though it is much closer.