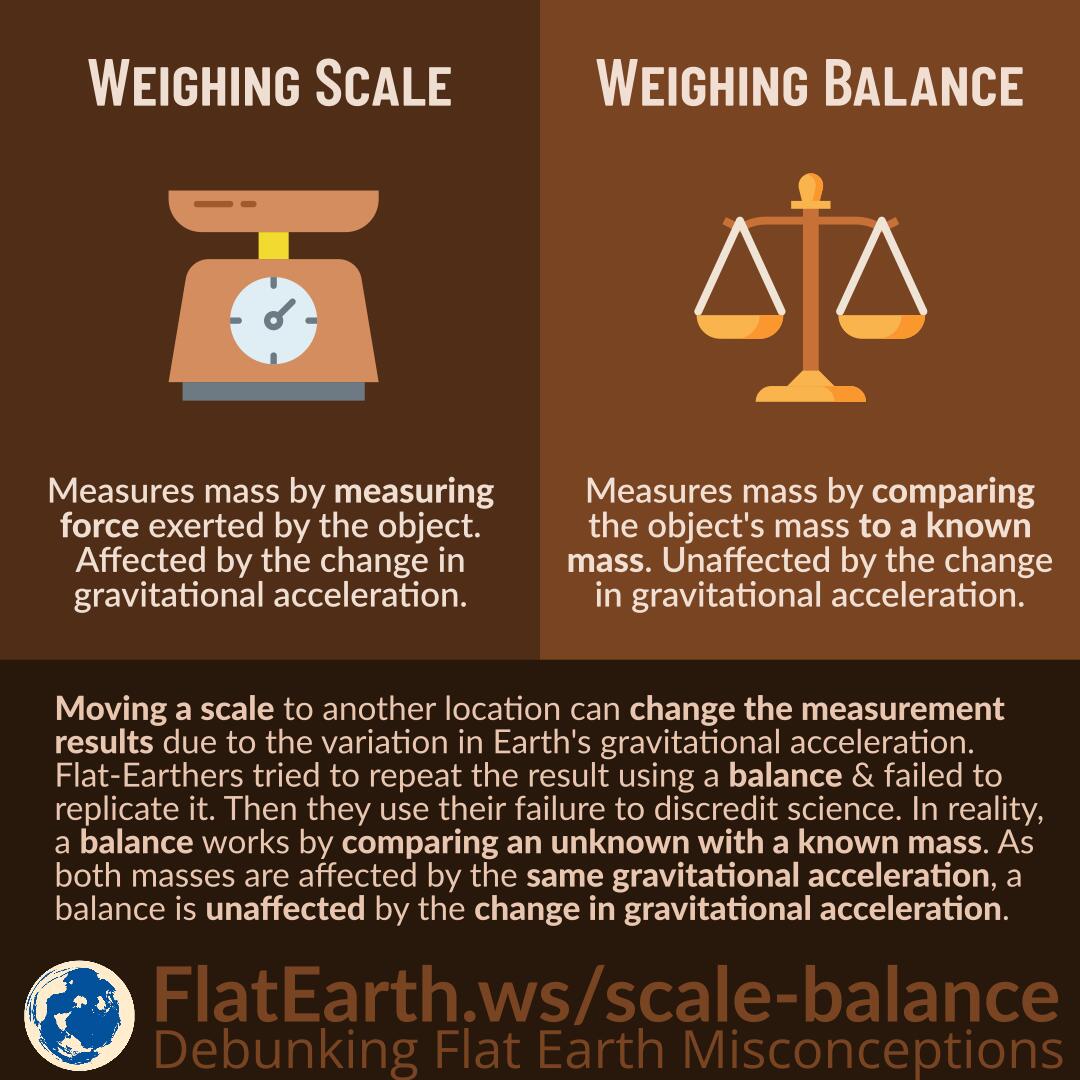 A weighing scale measures mass by measuring the gravitational force exerted by the object we measure. Because the magnitude of the force depends on the strength of the gravitational acceleration, the result can vary depending on the location. It is the reason the scale needs to be calibrated after it is moved to another location.