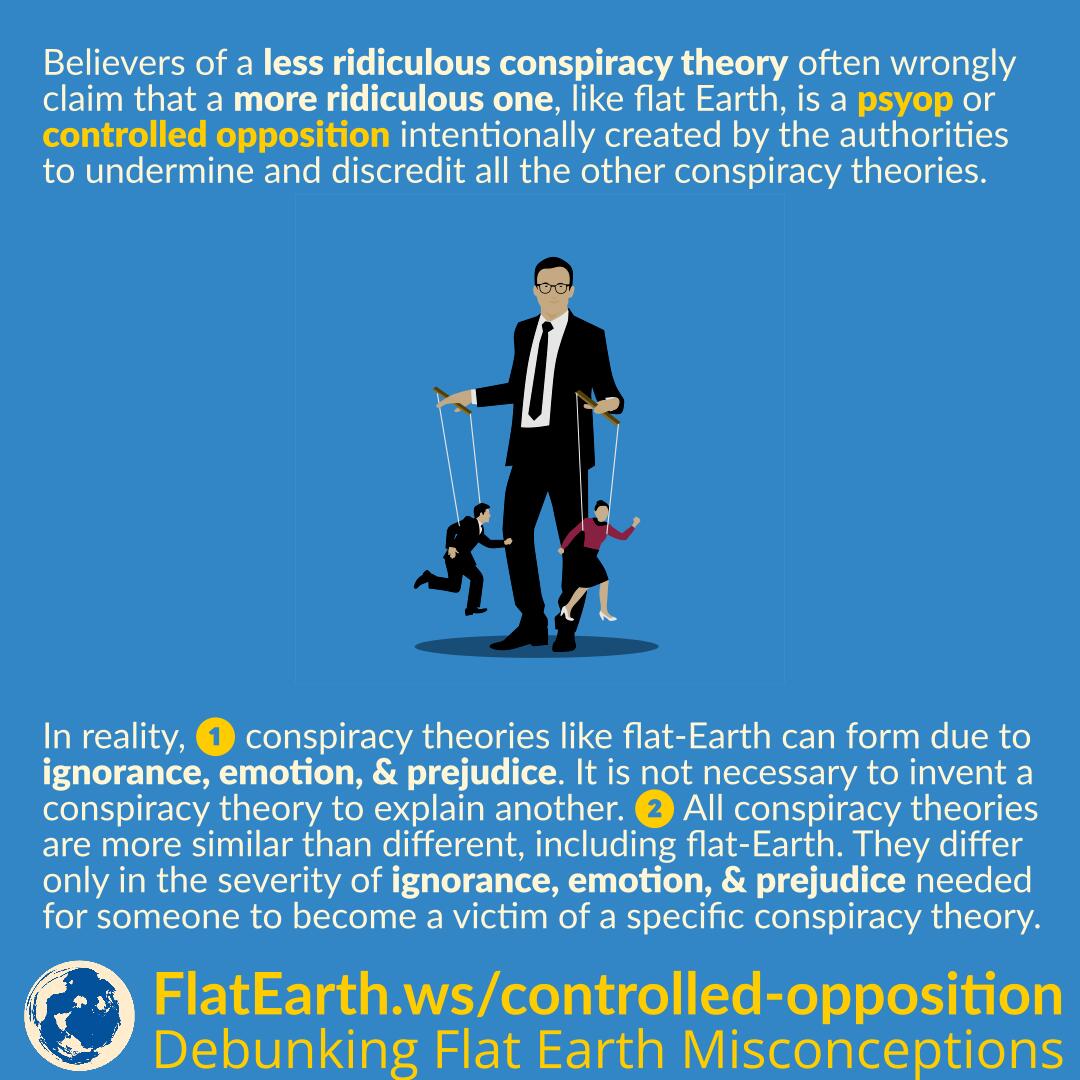 Believers of a less ridiculous conspiracy theory often wrongly claim that a more ridiculous one, like flat Earth, is a psyop or controlled opposition intentionally created by the authorities to undermine and discredit all the other conspiracy theories.