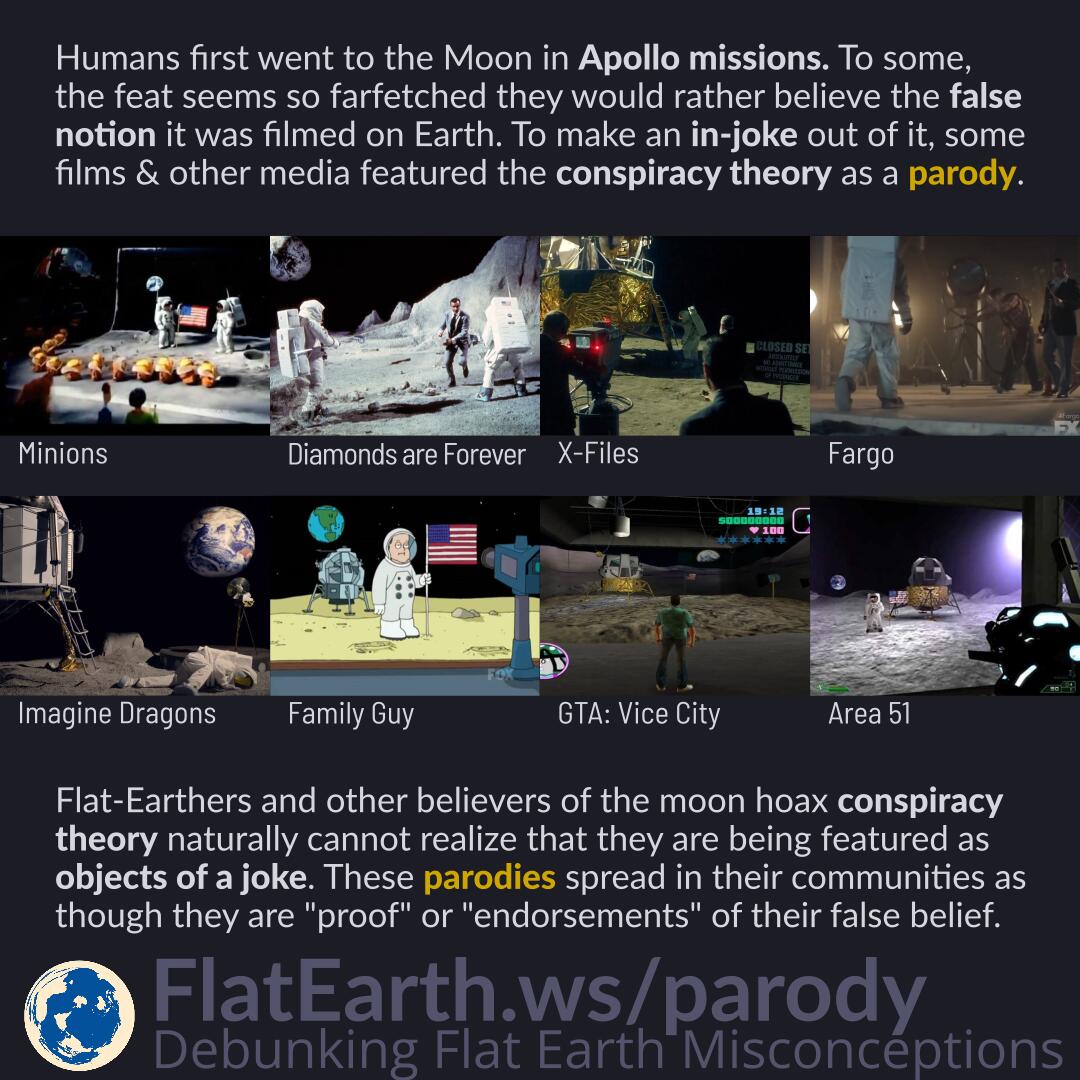 Humans first went to the Moon in Apollo missions. To some, the feat seems so farfetched they would rather believe the false notion it was filmed on Earth. To make an in-joke out of it, some films & other media featured the conspiracy theory as a parody.

Flat-Earthers and other believers of the moon hoax conspiracy theory naturally cannot realize that they are being featured as objects of a joke. These parodies spread in their communities as though they are “proof” or “endorsements” of their false belief.