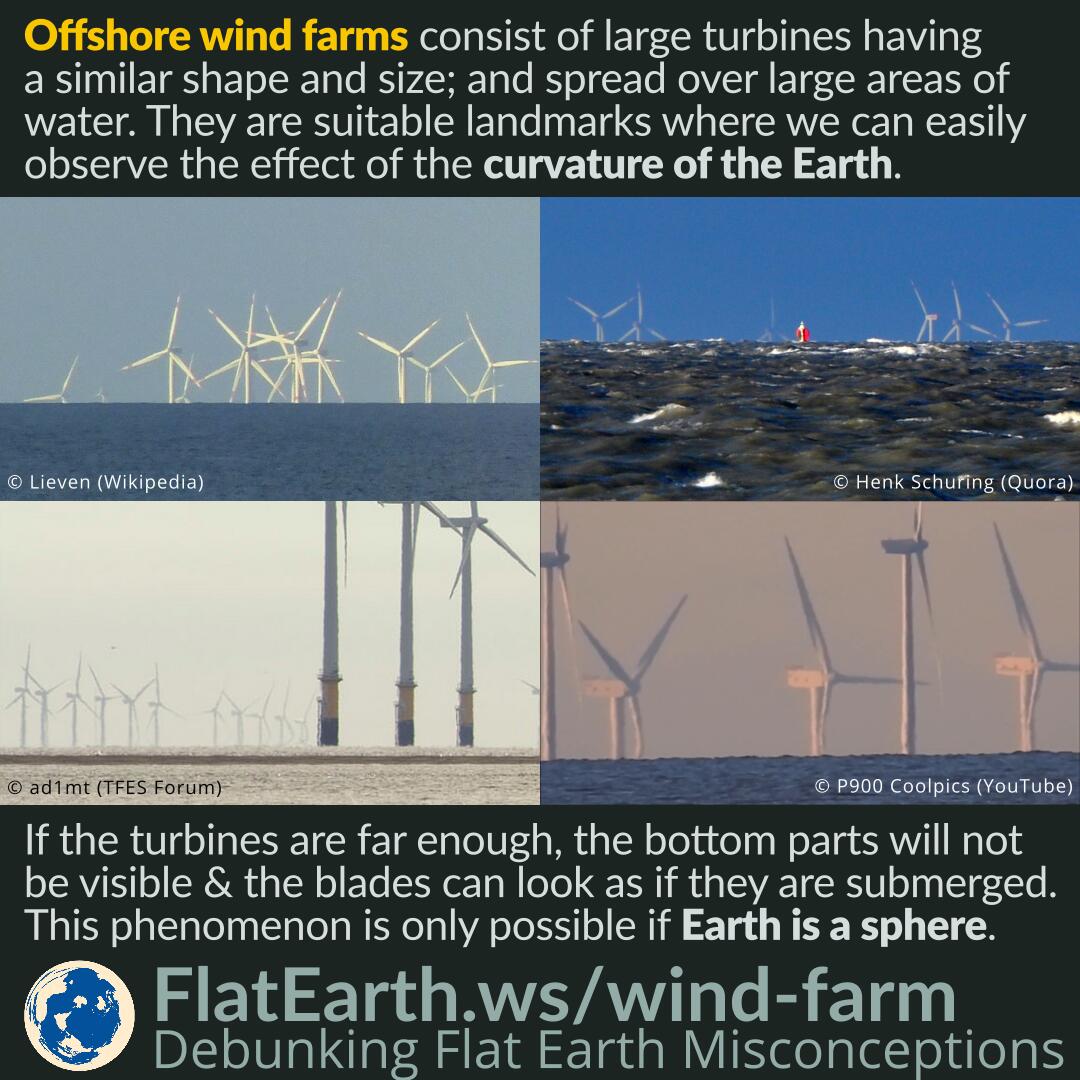 Offshore wind farms consist of a series of large turbines having a similar shape and size. In some cases, they are spread over a very large area of water. They are suitable landmarks where we can easily observe the effect of the curvature of the Earth.

If the turbines are far enough, the bottom parts will not be visible and the blades can look as if they are submerged. The phenomenon is only possible if Earth is a sphere.

Some readers will notice that some of the videos and pictures are provided by flat-Earthers. Their observations are still valid despite their incorrect conclusions. They don’t seem to be bothered by the fact that the observations are inconsistent with the flat Earth model and somehow quite happy to use the observation as if they “prove” a flat Earth.

The psychological phenomenon and philosophical errors are explained elsewhere: