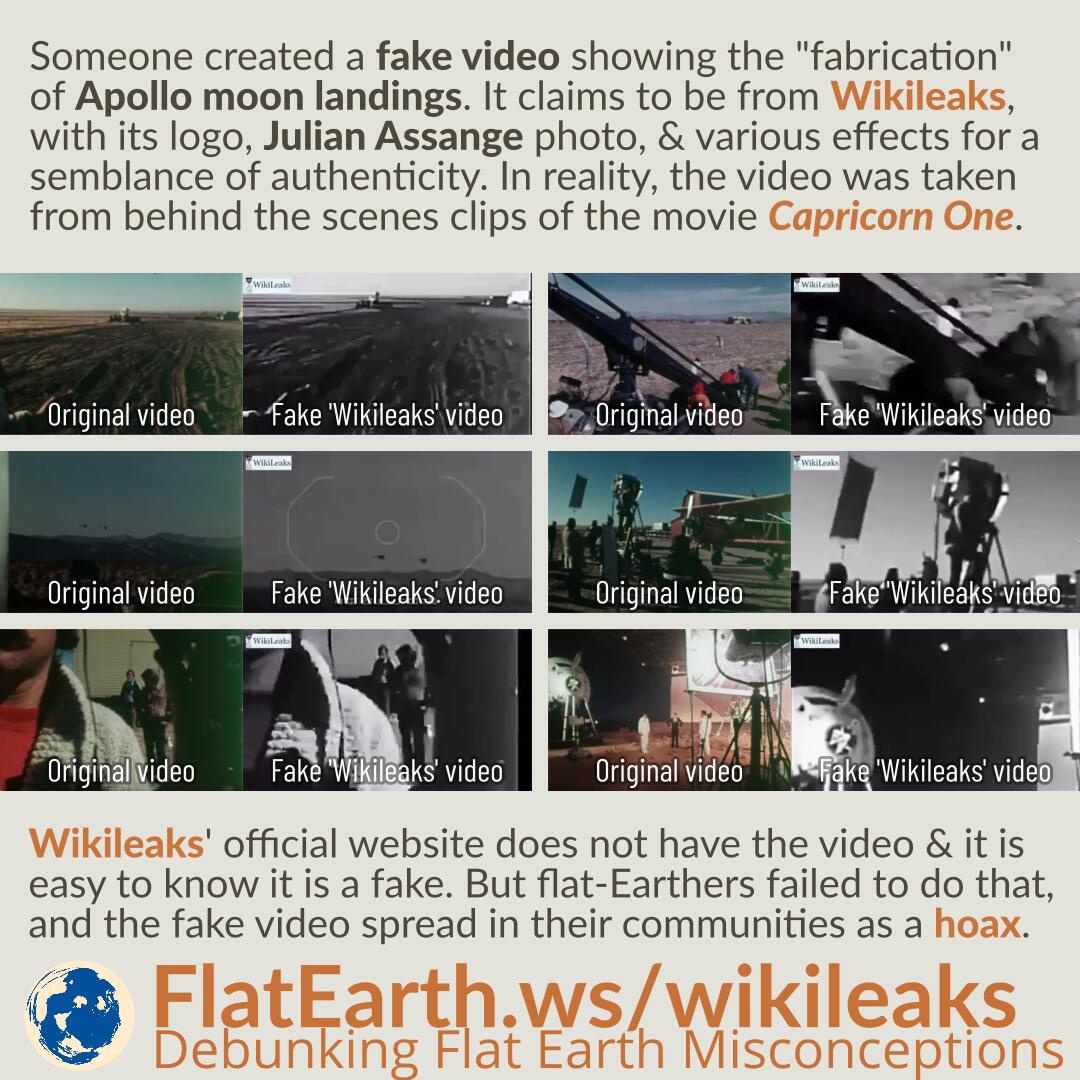 Someone created a fake video showing the “fabrication” of the Apollo moon landings. It claims to be from Wikileaks, complete with its logo, a photo of Julian Assange, and various video effects for a semblance of authenticity. In reality, the video was taken from behind the scenes clips of the movie Capricorn One.

Wikileaks’ official website does not have the video, and the video is only available from dubious sources. It is not difficult to know the video is a blatant fake. However, flat-Earthers failed to recognize it is a fake, and the fake video spread in their communities as a hoax.