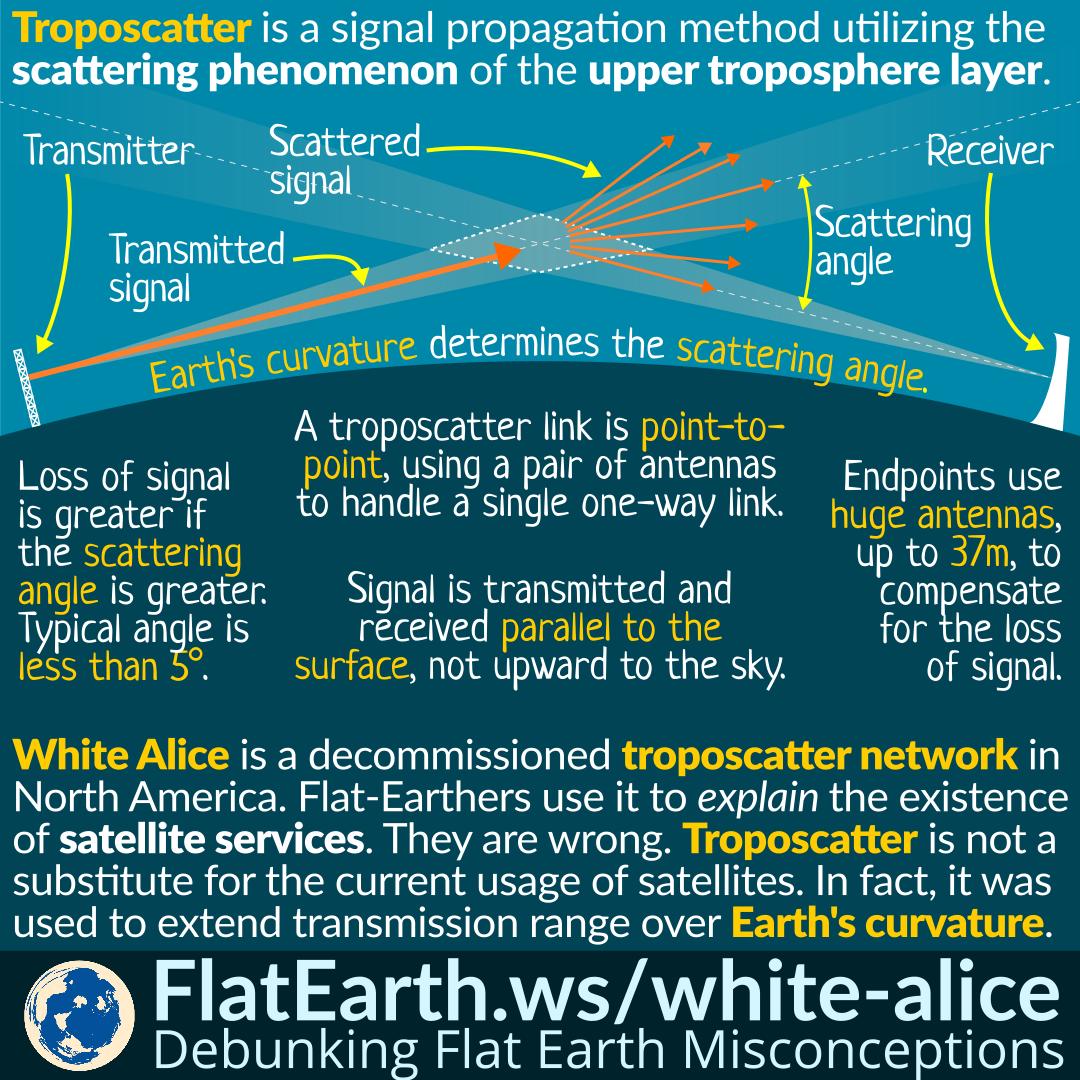 Signals in a troposcatter network are not reflected by the atmosphere but scattered, and the receiving station will only receive a fraction of the original transmitted signal power. A troposcatter link with 5° scattering angle will have the signal attenuation of about 100 dB. To counteract the loss of signal, the transmitters utilize large collinear arrays, and the receivers use gigantic antennas with up to the diameter of 37 meters.

Any troposcatter links are point-to-point. Each one-way link requires a pair of transmitter and receiver. This fact is in contrast to satellites, where a single satellite can communicate with many stations on Earth’s surface.

Troposcatter network was utilized so that high-frequency signals can reach stations beyond the curvature of the Earth. The advent of satellites made troposcatter largely obsolete, and many of the functions can be provided by satellites with a lower cost, larger area, and more potential users.

Flat-Earthers refuse to accept the existence of satellites. They invented the scenario that White Alice has provided the satellite services we enjoy today. However, troposcatter has very different characteristics to satellites, and cannot possibly provide offer every single use of satellites today. Such a scenario is merely an ad-hoc hypothesis, or an assumption invented to prevent their previous assumption from being falsified, which is that satellites don’t exist — an assumption upon assumption.