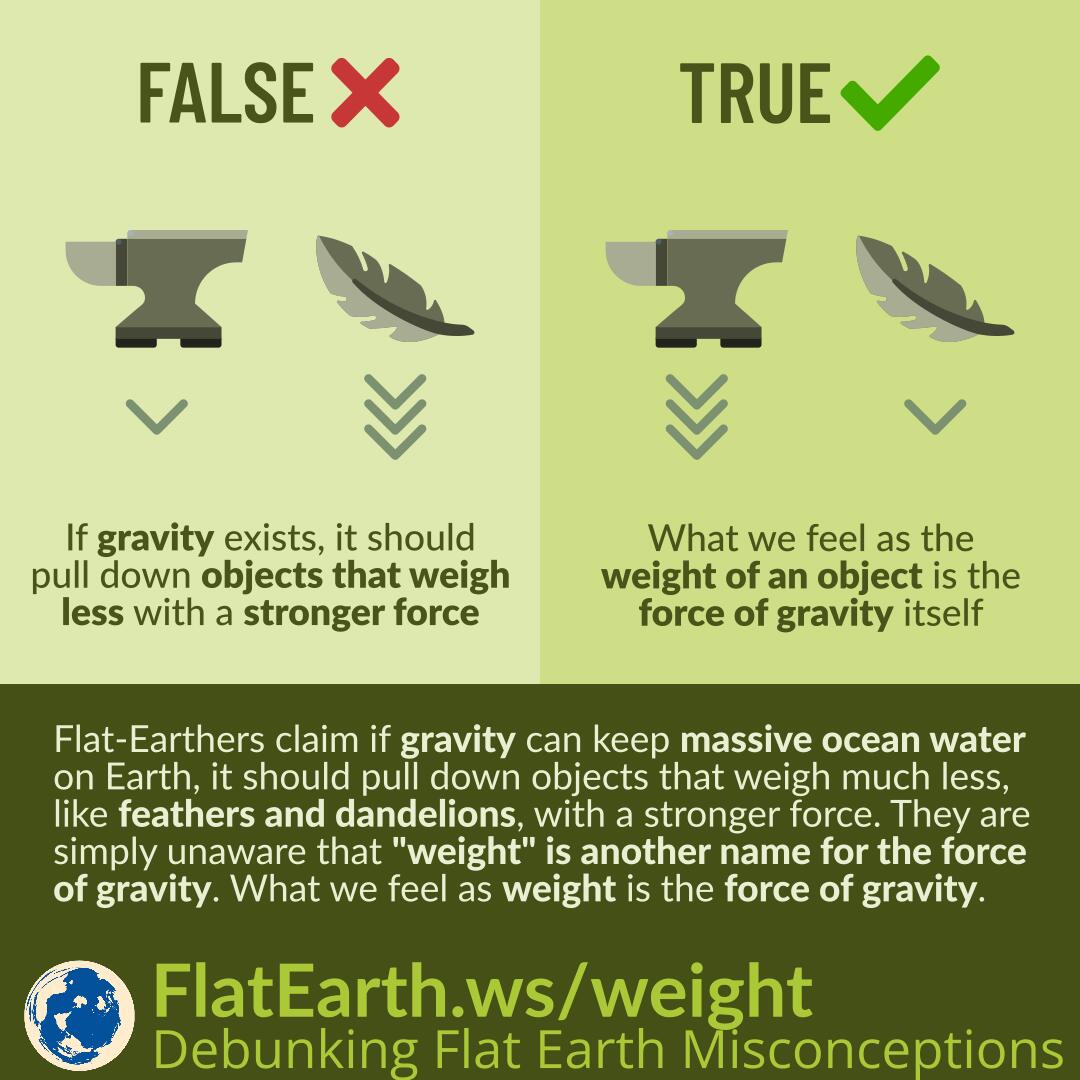 Many flat-Earthers fail to understand that the gravitational force is just another name for ‘weight’. Much misinformation in flat Earth communities arises from this misunderstanding.

One of the most common misconceptions found in the flat Earth community is that if gravity is so strong that it can make ocean water stick on Earth, it should affect objects that weigh less, like feathers & dandelions, with a far stronger force.

What we experience as the weight of an object is, in reality, the force of gravity itself, which is exerted by Earth’s mass on the object. The more massive an object, then the greater is its weight, or in other words, the greater the gravitational force exerted by the Earth on the object. And as a result, it would require more force to lift the object.