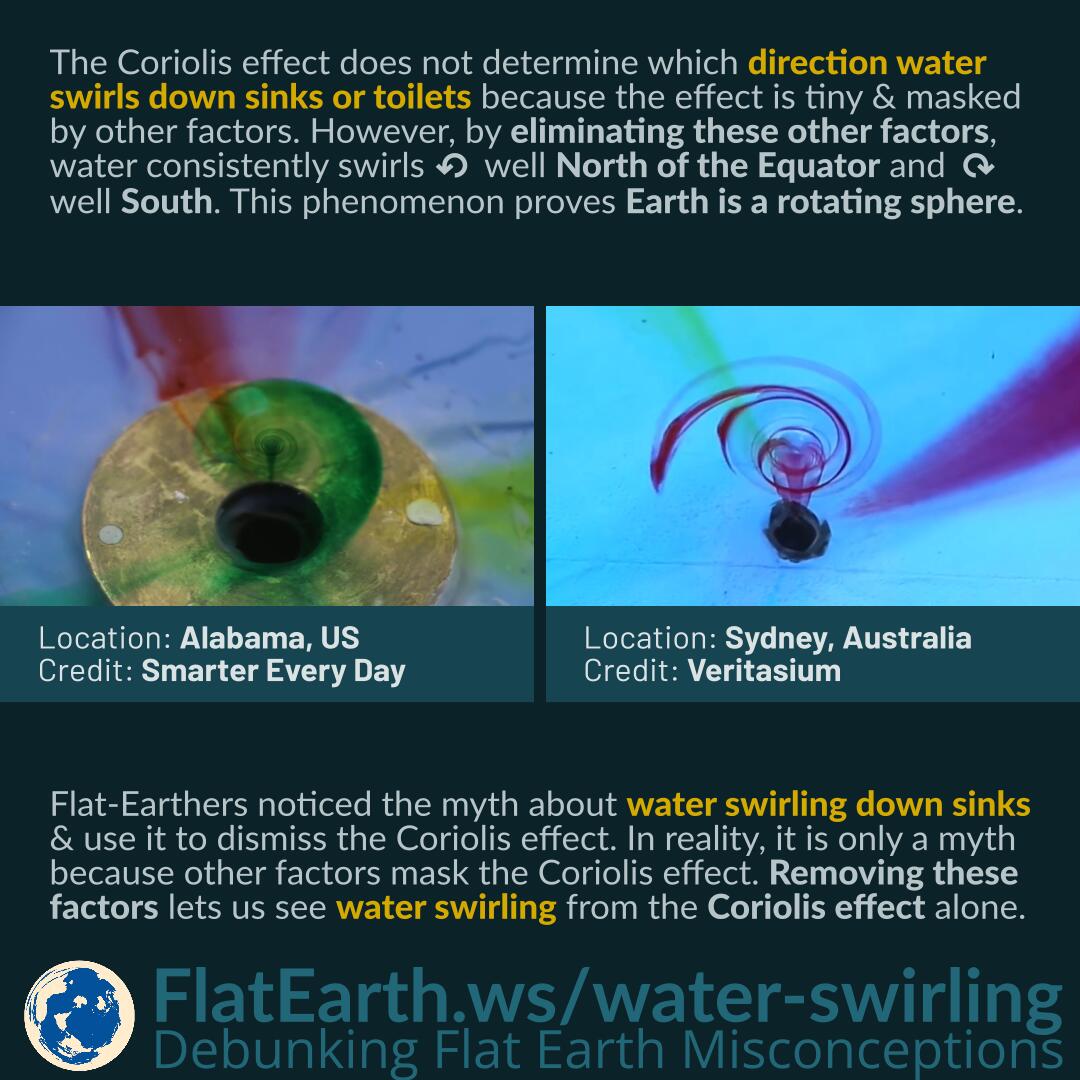 The Coriolis effect does not determine which direction water swirls down sinks or toilets because the effect is tiny & masked by other, much stronger factors. However, by eliminating these other factors, water will consistently swirl counterclockwise well North of the Equator and clockwise well South. This phenomenon proves Earth is a rotating sphere.

Because the Coriolis force is so small, one must go to extraordinary lengths to detect it from draining water. Ascher Shapiro first demonstrated this effect in 1962. In 2015, a pair of YouTubers, Veritasium and Smarter Every Day, replicated the same experiment.

To eliminate other factors that might influence the direction of the swirl, these people did not use ordinary sinks or bathtubs. They used a smooth pan with a tiny hole in the center. A stopper is used to block and release the water from below to avoid introducing a motion to the above water. The water was allowed to sit undisturbed for hours to eliminate the movement which was introduced during the filing. They also performed the tests several times to ensure the water always swirls in a consistent direction.

With these procedures, the rotation was always counterclockwise well North of the Equator and clockwise South, proving that Earth is rotating.

Experiment by Veritasium + Smarter Every Day