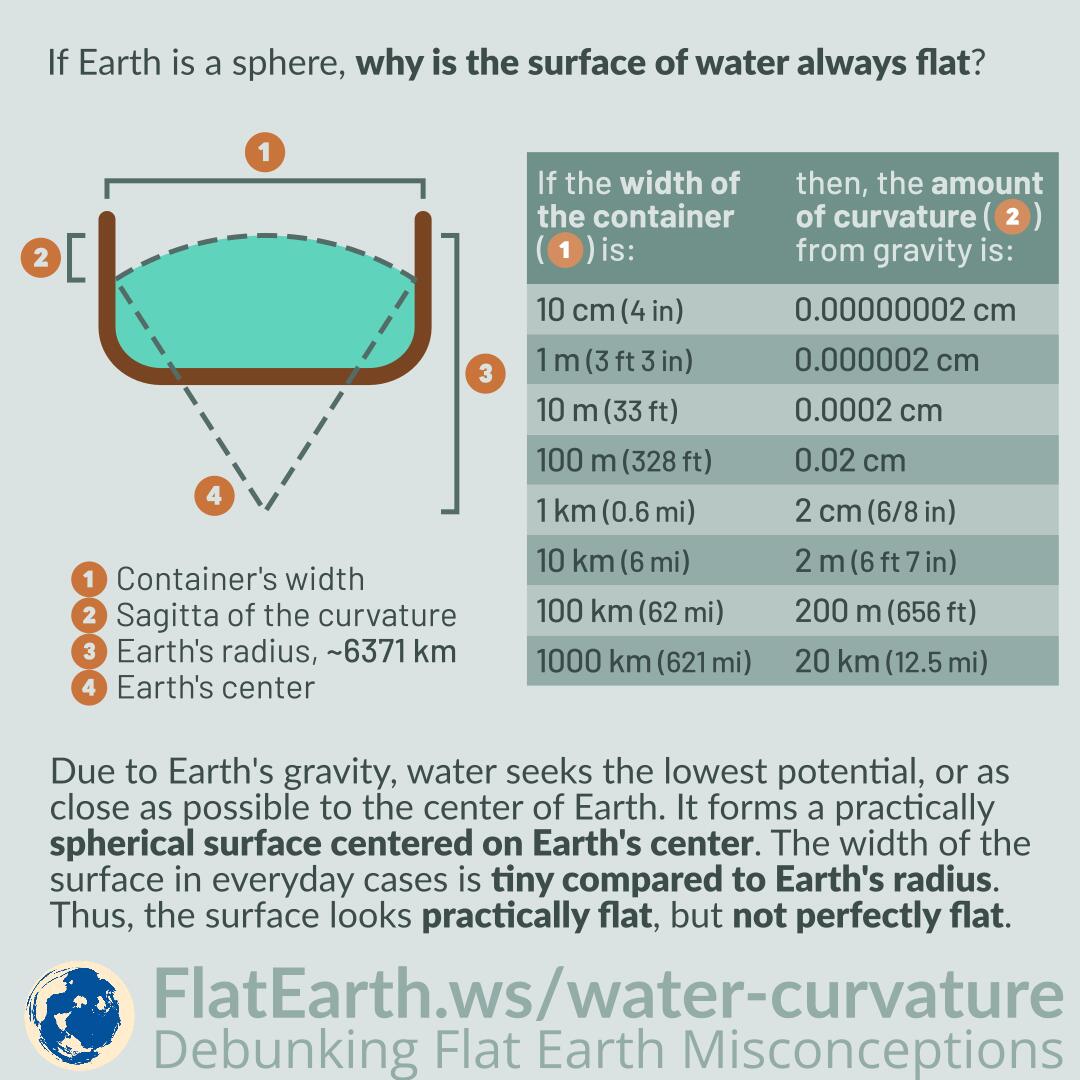 If Earth is a sphere, why is the surface of water always flat?

Due to Earth’s gravity, water seeks the lowest potential or as close as possible to the center of Earth. It forms a practically spherical surface centered on Earth’s center. The width of the surface in everyday cases is tiny compared to Earth’s radius. Thus, the water surface looks practically flat but not perfectly flat.

Since the radius of Earth is huge (~6371 km), the curvature will not be visible if the surface area is small, like in a glass or a bucket. Even if there can appear to be a curvature, it results from other forces, such as surface tension.

The water surface in a 10 cm wide container will have a curvature of about  0.00000002 cm. We cannot notice or even measure such a very slight curvature. On the other hand, a 10 km stretch over the ocean will have a bulge of about 2 m, sufficient to obscure the bottom part of a ship. 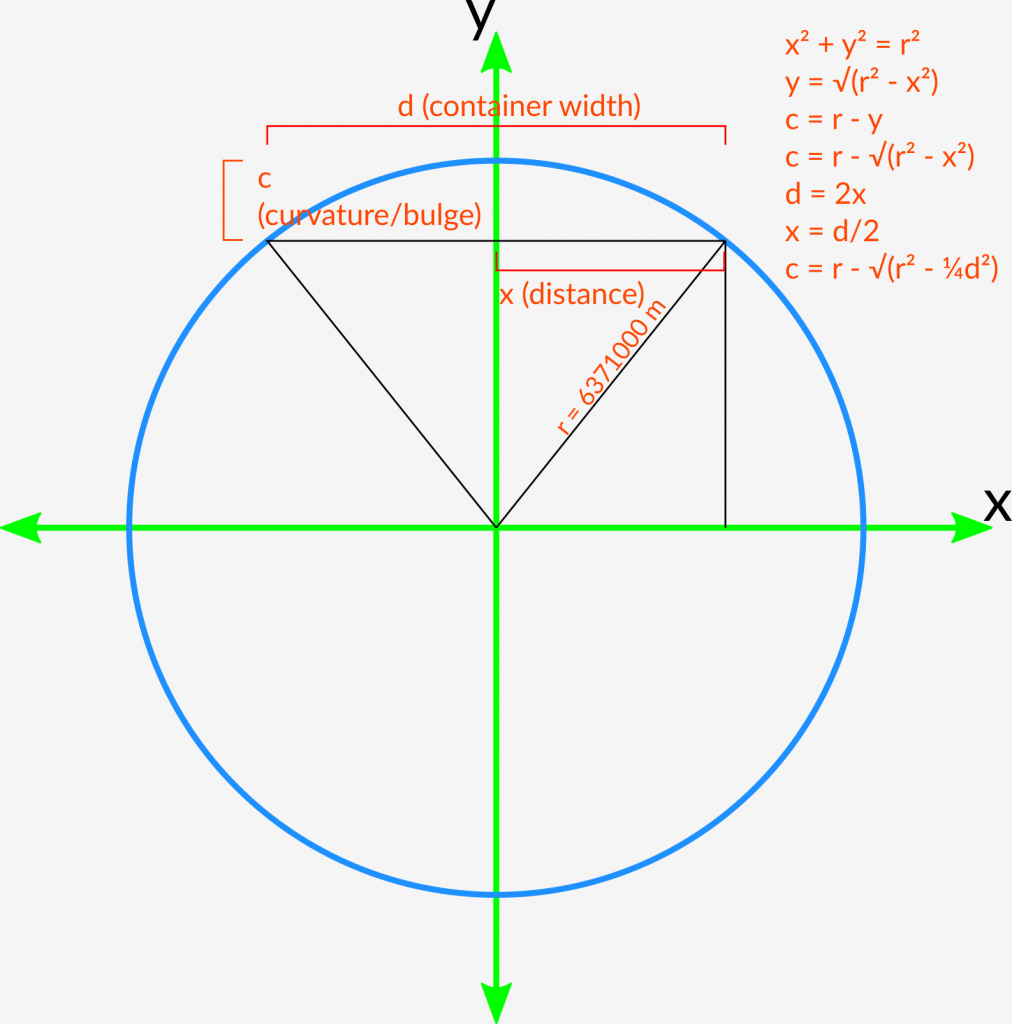 Some flat-Earthers demand observational or experimental proof of the numbers we have posted here. The following is our response.

The party who did visual observation is, in fact, these same flat-Earthers themselves. They argued that because the water in a glass is flat, it will also be flat no matter how large the body of water is. The burden of proof is in their hands: “What is your proof that there is no 0.00000002 cm curvature in the glass you are showing us?” Visual observation is certainly not sufficient to prove it.

The numbers we are showing were taken from inference, not observation. The numbers were derived from Earth’s radius, which was known from other observations and measurements.