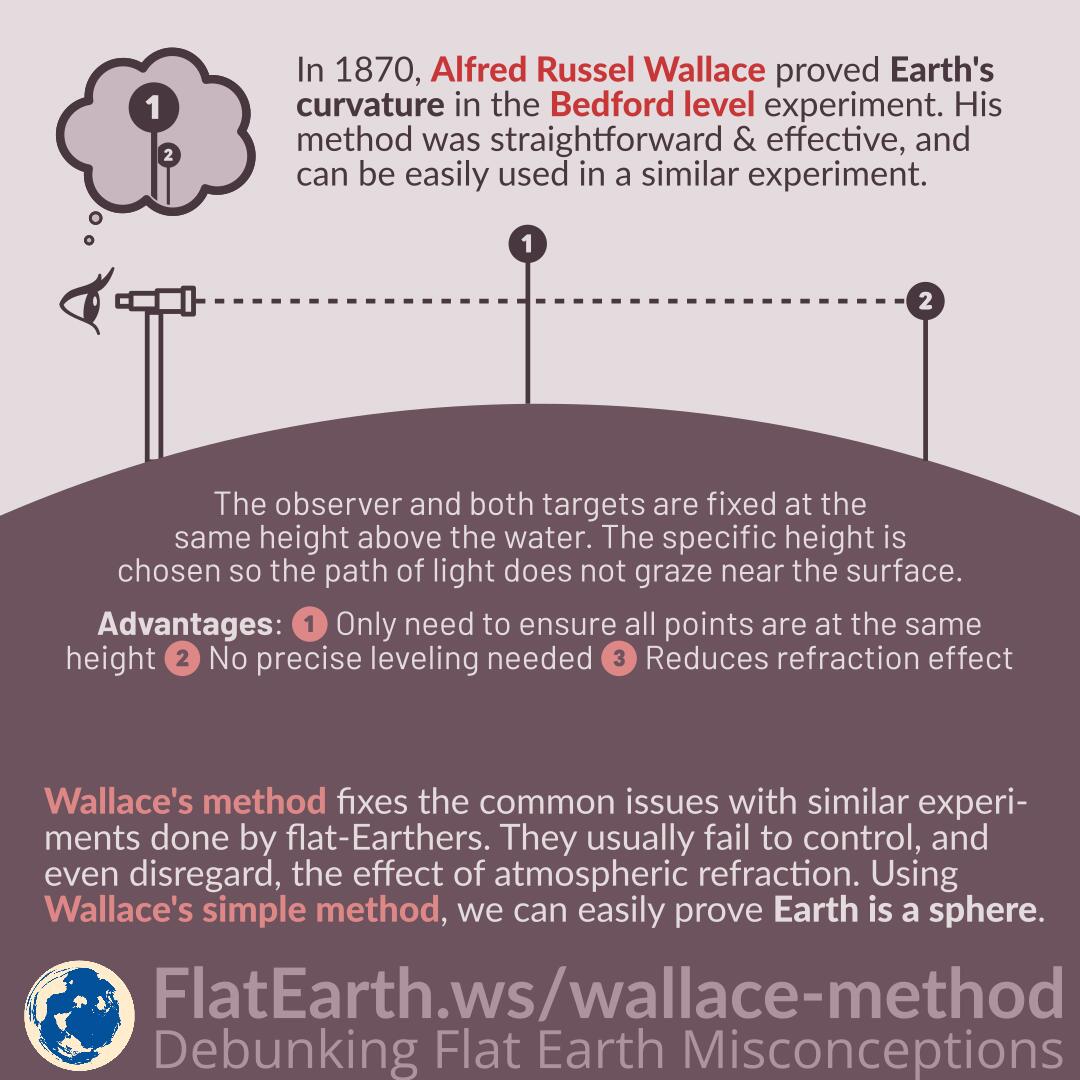 In 1870, Alfred Russel Wallace proved Earth’s curvature in the Bedford level experiment. His method was straightforward & effective and can be easily used in a similar experiment.

Wallace’s method fixes the common issues with similar experiments done by flat-Earthers. They usually fail to control, and even disregard, the effect of atmospheric refraction. Using Wallace’s simple method, we can easily prove Earth is a sphere.

Wallace’s method has several advantages. First, the experimenter only needs to ensure all the points are at the same height from the water surface. Second, no precise leveling is required; the experiment does not need to rely on the quality of the result of any leveling instrument. Third, the path of light from the object to the observer does not graze near the surface, thus, reducing the effect of atmospheric refraction and the uncertainty associated with it.

We rarely see any flat-Earthers using Wallace’s method because it will not give them the results they want. Or maybe they did but then withheld the result. A flat-Earthers experimented with the same process and proved Earth is a sphere. However, he would not accept his result and invented various excuses to dismiss it. We probably can only know the outcome because the experiment was part of a documentary and he was legally bound to disclose the result.

A team of flat-Earth debunkers did an extensive experiment using Wallace’s method in the Rainy Lake Experiment and comprehensively proved Earth is a sphere.