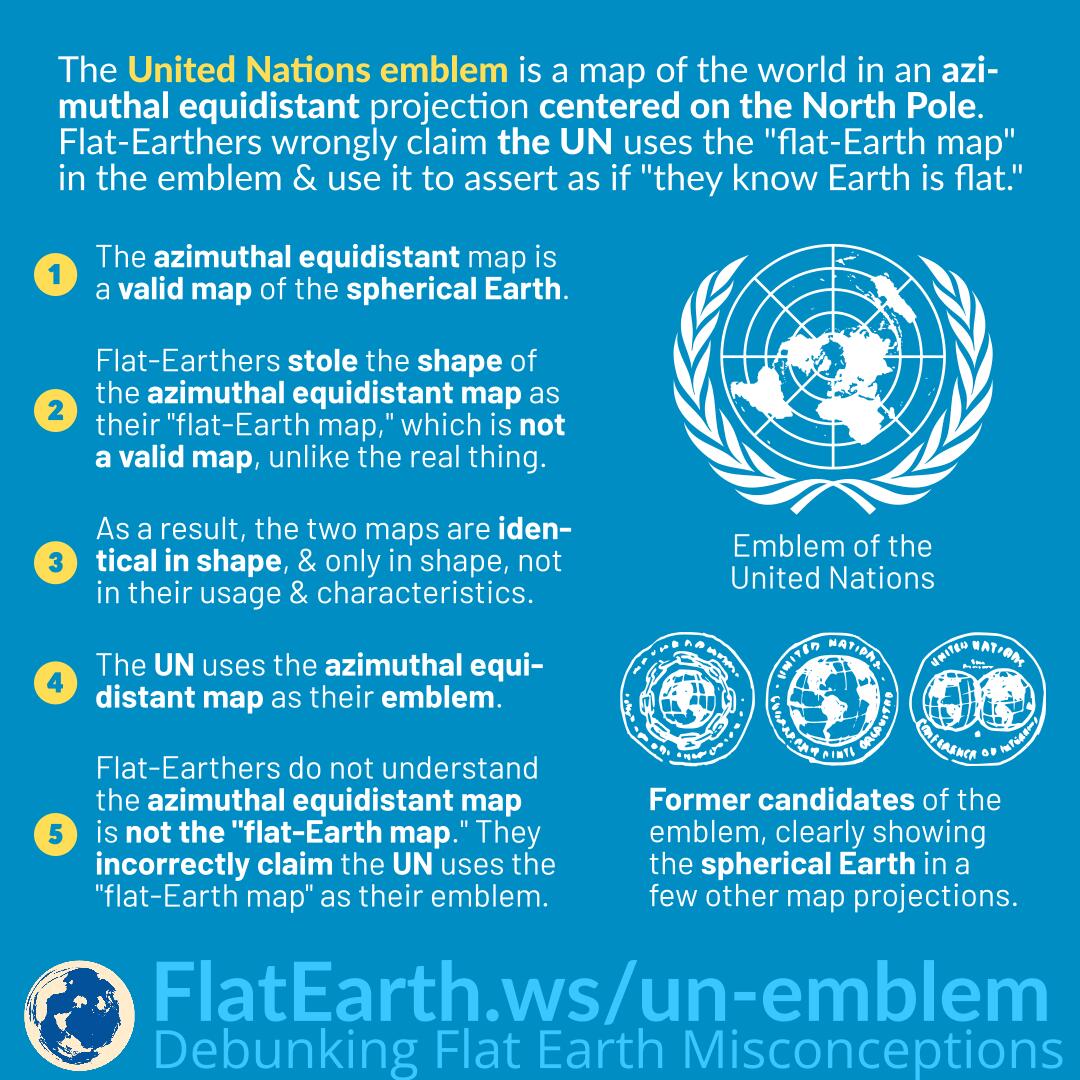 The flag and emblem of the United Nations is a map of the world in the azimuthal projection centered on the North Pole. Flat-Earthers wrongly claim that the UN uses the so-called “flat-Earth map” in their emblem and use it as “evidence” that the UN “knows Earth is flat.”

The azimuthal equidistant map is a perfectly valid map of the spherical Earth, and it is used for many purposes if the task at hand calls for it.

As a result, both the azimuthal equidistant map and the so-called “flat-Earth map” are identical in shape and only in shape, but not in their usage and characteristics.

The United Nations decided to use the azimuthal equidistant map centered as the North Pole as their emblem, which is not the so-called “flat-Earth map” but having the same shape.

When the United Nations first created its logo, there are several candidates to choose from. Some depict the Earth in different map projections and clearly show that the Earth is a sphere.