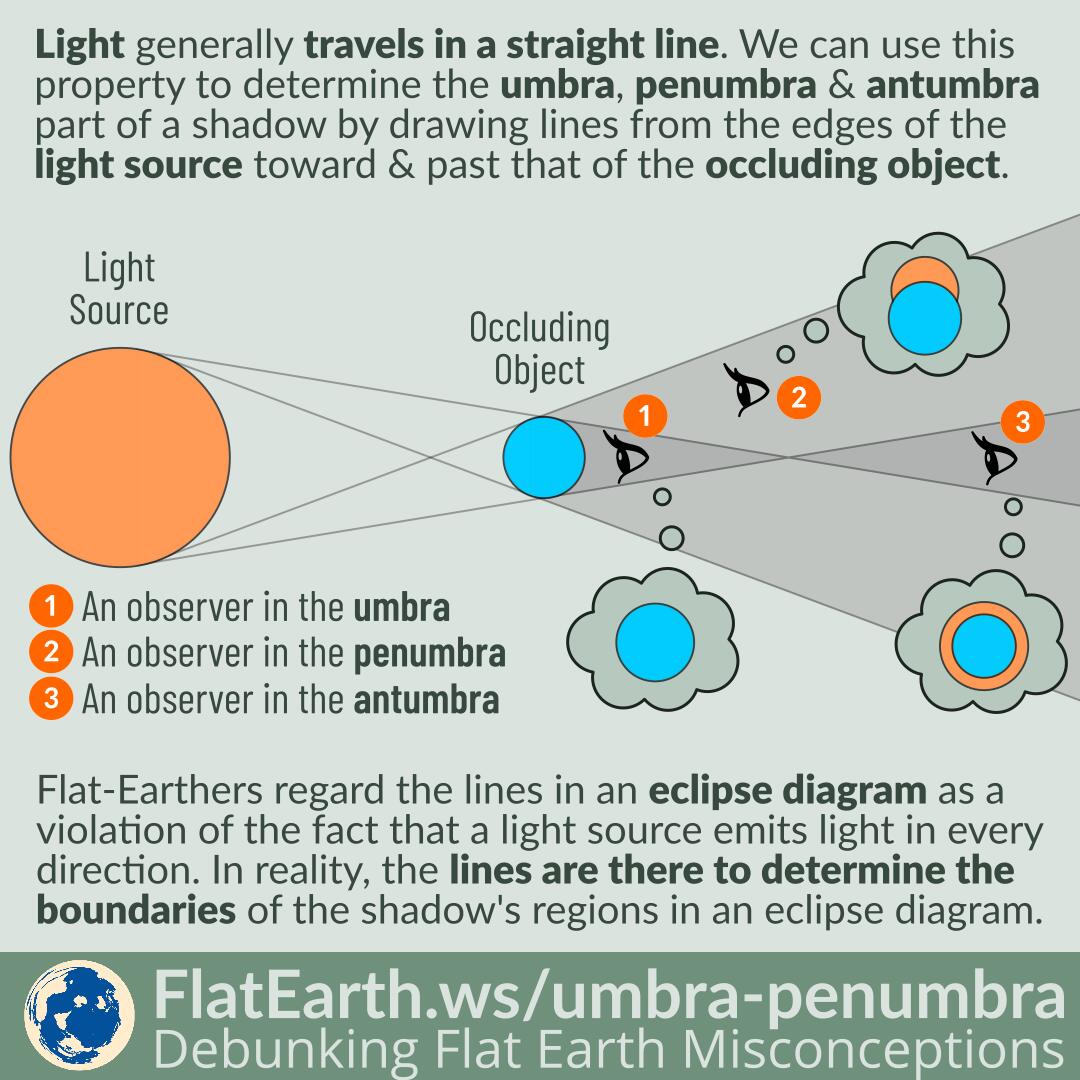 Light generally travels in a straight line. We can use this property of light to determine the umbra, penumbra, and antumbra part of a shadow by drawing lines from the edges of the light source toward and past that of the occluding object.

These apply to all shadow, not only in the case of eclipses. And these also apply to all objects, not just the Sun, Earth, & Moon.