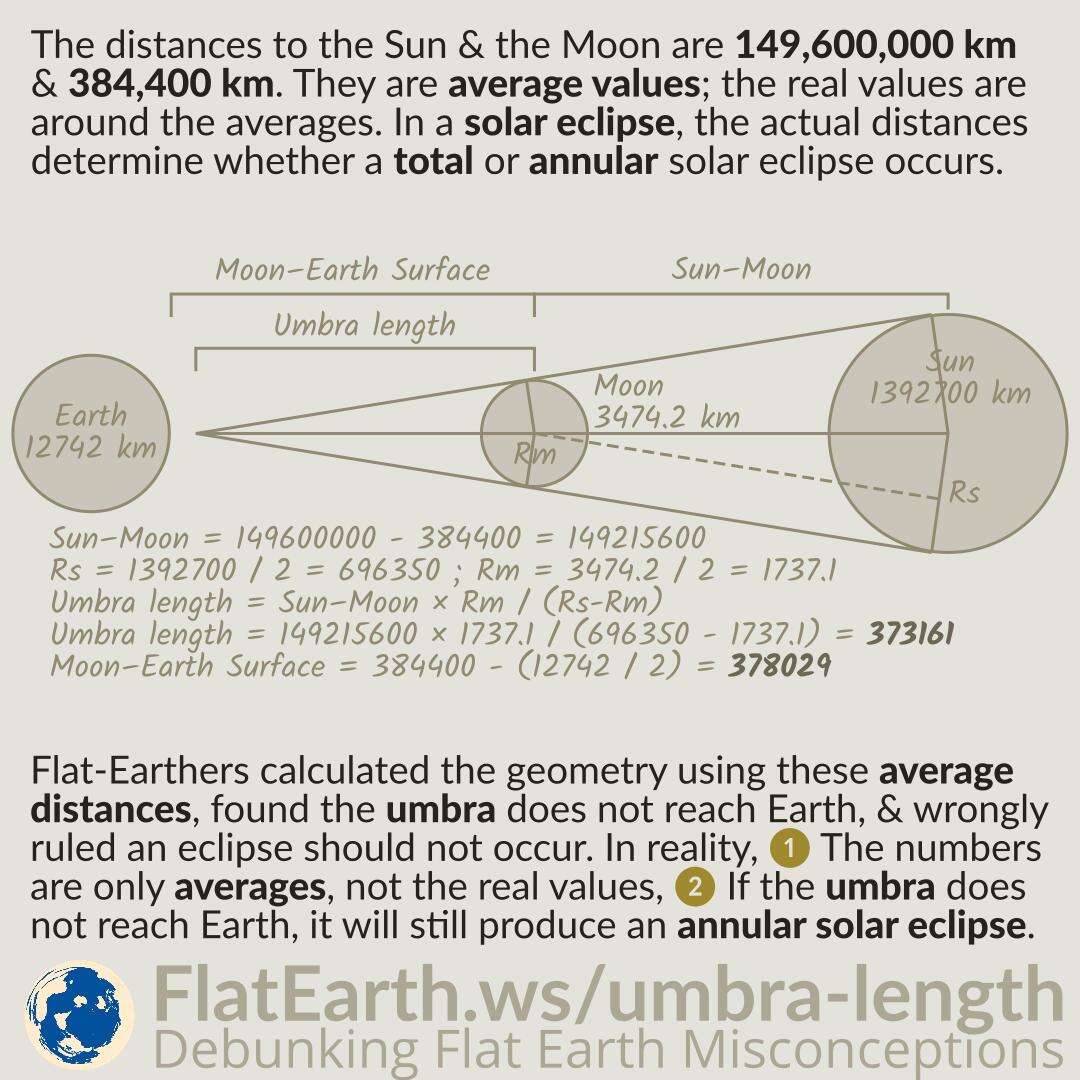 The distances to the Sun and the Moon are 149,600,000 km and 384,400 km. These figures are average values, and the actual values are around these averages. In a solar eclipse, the actual distances determine whether a total or annular solar eclipse occurs.

Everything is consistent with our understanding that Earth is a sphere, and it is impossible to explain using the flat Earth model.