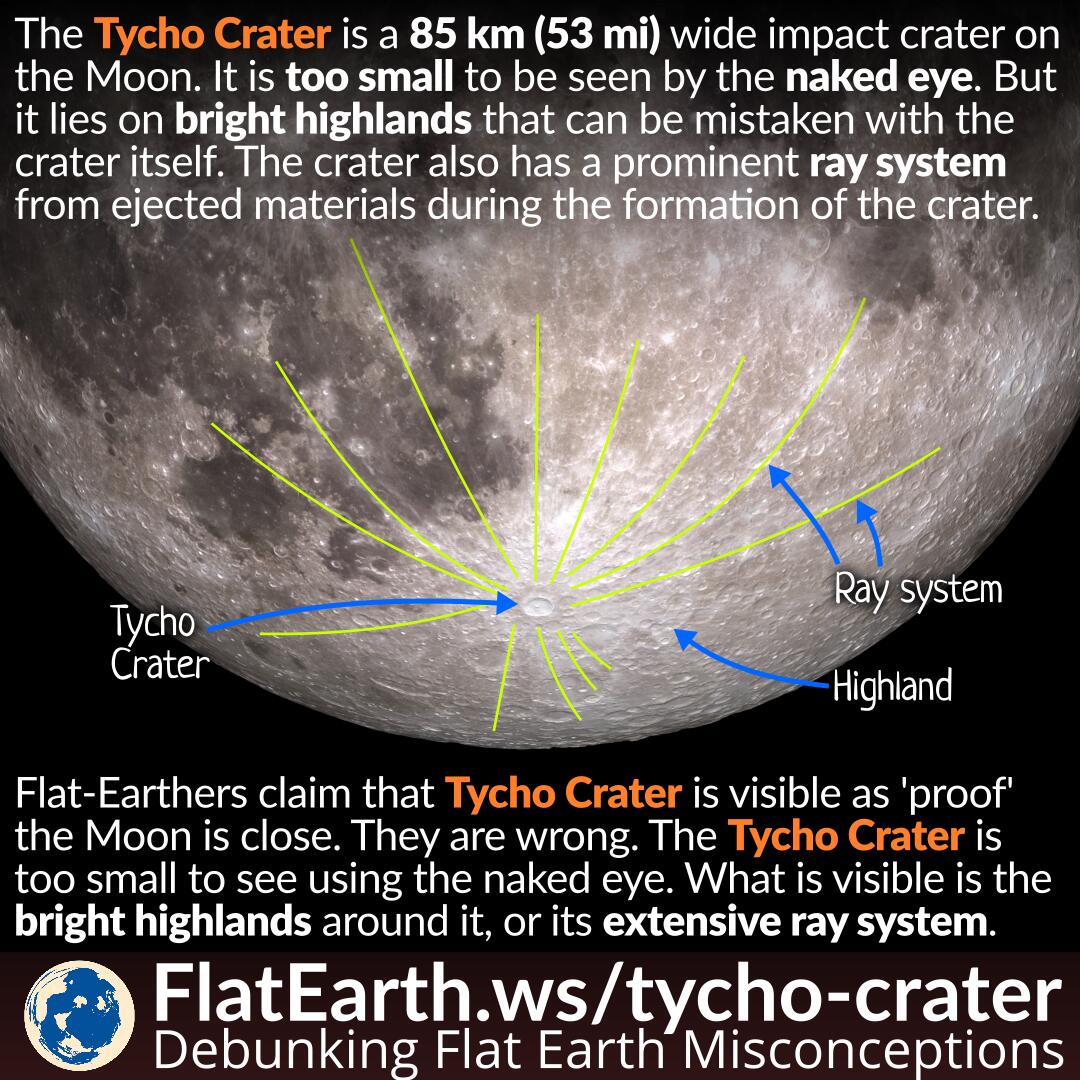 The Tycho Crater is a crater on the Moon having the diameter of 85 km (53 miles). It is too small to recognize using the naked eye. However, it lies on a bright colored highland that can be mistaken as the crater itself. The crater also has an extensive ray system, which was from the ejected materials when the crater was formed.

Flat-Earthers claimed the visibility of the Tycho Crater proves the Moon is not that far. They are wrong. We cannot see the Tycho Crater using the naked eye. What is visible is the highland it lies on or its extensive ray system.

Some flat-Earthers used a computer screen to demonstrate the visibility of the Tycho Crater. Obviously, it cannot be taken as proof of such a fact. The images were taken using high-resolution cameras which were able to capture more details than what was able to be achieved by a human eye.

To simulate the visibility of the Tycho Crater using a computer screen, they would have to increase their distances from the screen. The moon has the angular size of about 0.52° if observed from Earth. Therefore, an 20 cm (9 in) image of the Moon on the computer screen will look about the same as the real Moon if the observer is 20 cm * tan(0.52°) = 22 meters (72 ft) from the computer screen.