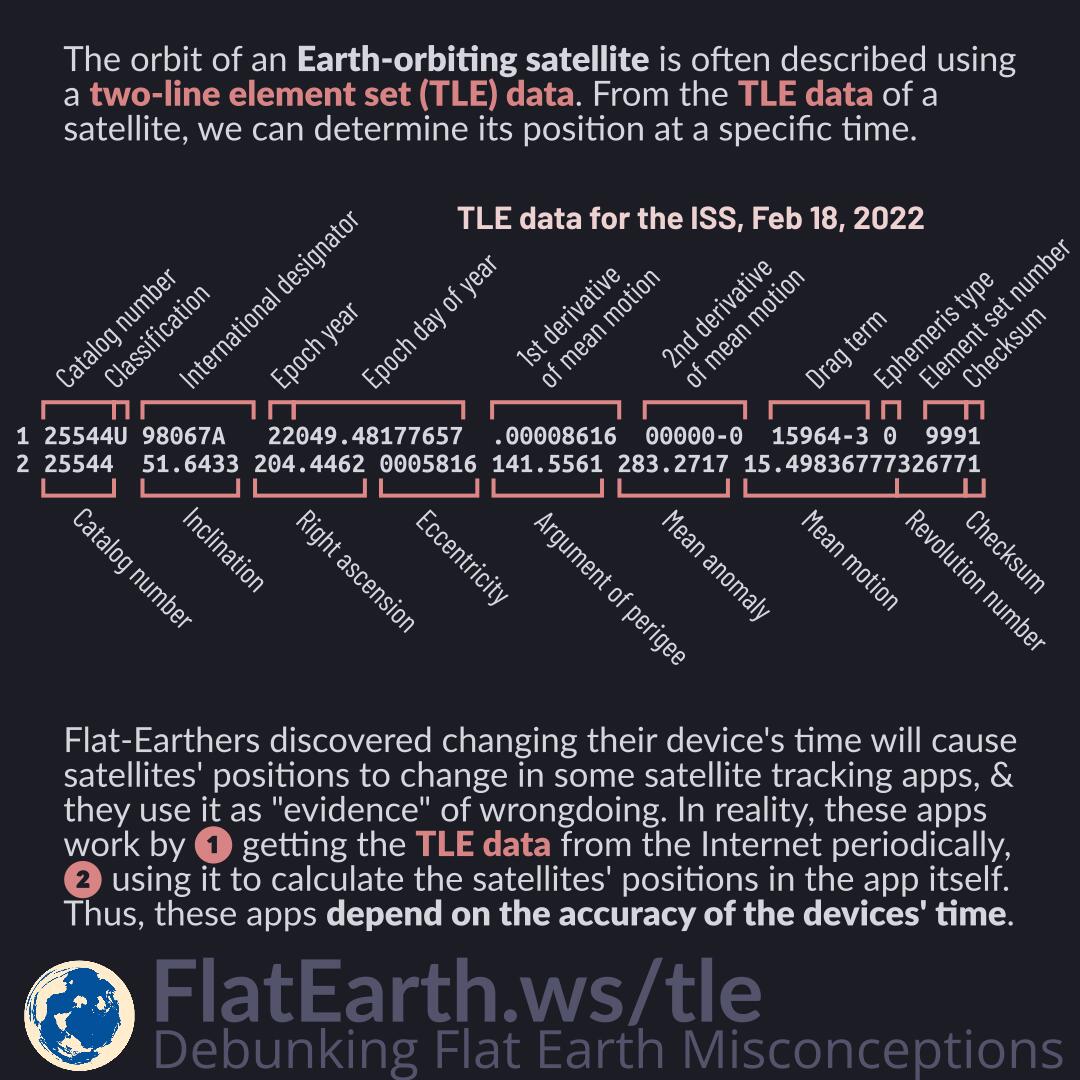 The orbit of an Earth-orbiting satellite is often described using two-line element set (TLE) data. From the TLE data of a specific satellite, we can determine its position at a certain time.

Flat-Earthers discovered that changing their device’s time will cause satellites’ positions to change in some satellite tracking apps, and they use it as “evidence” of wrongdoing. In reality, these apps work by getting the TLE data from the Internet periodically and then using the data to calculate the satellites’ positions in the app itself. Therefore, these apps depend on the accuracy of the devices’ time.

Unlike what these flat-Earthers imagine, these apps do not work by receiving telemetry data from the satellites in real-time.

To determine the positions of the satellites, we need to process the data. A practical way to do it is by using any of the TLE libraries available for many popular programming languages. A developer can use one of these libraries as a basis for their satellite tracking app. We use tle.js and pyephem for creating some of our illustrations.

The current TLE data can be obtained from space-track.org or celestrak.com. Because the orbit of the satellites is continuously affected by perturbation and space weather that are difficult to predict, the TLE data needs to be updated regularly.