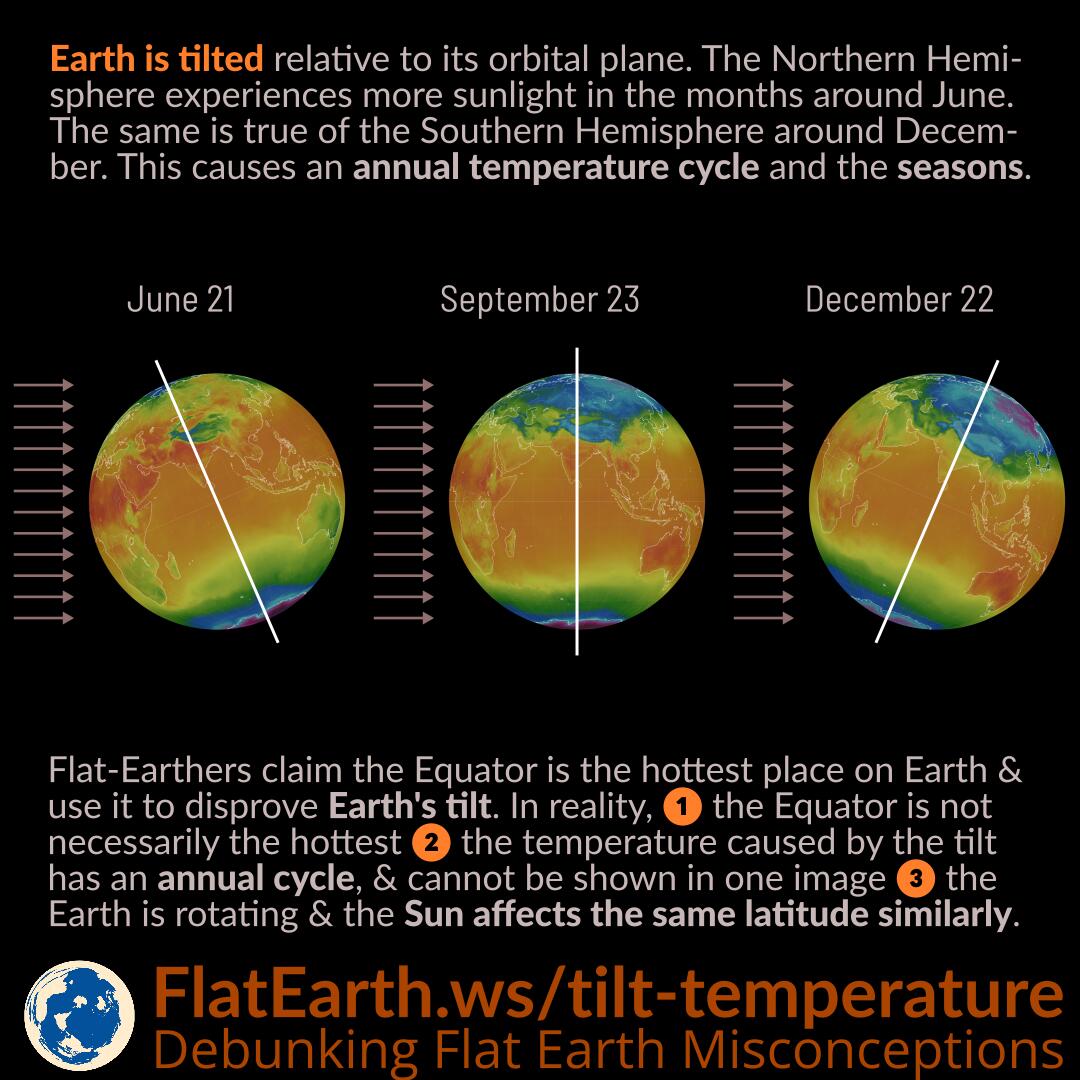 Earth is tilted relative to its orbital plane. The Northern Hemisphere experiences more sunlight in the months around June. The same is true of the Southern Hemisphere around December. This causes an annual temperature cycle and the seasons.

Flat-Earthers claim the Equator is the hottest place on Earth and use it to disprove Earth’s tilt. In reality, the Equator is not necessarily the hottest place on Earth. Earth’s temperature caused by the axial tilt has an annual cycle and cannot be shown in a single image. Additionally, the Earth is rotating, and therefore the Sun affects the same latitude similarly.

In June, the reverse occurs. The Northern Hemisphere experiences summer, and the Southern Hemisphere winter. In general, northern parts of Africa and the Arabian Peninsula become hotter than places near the Equator.