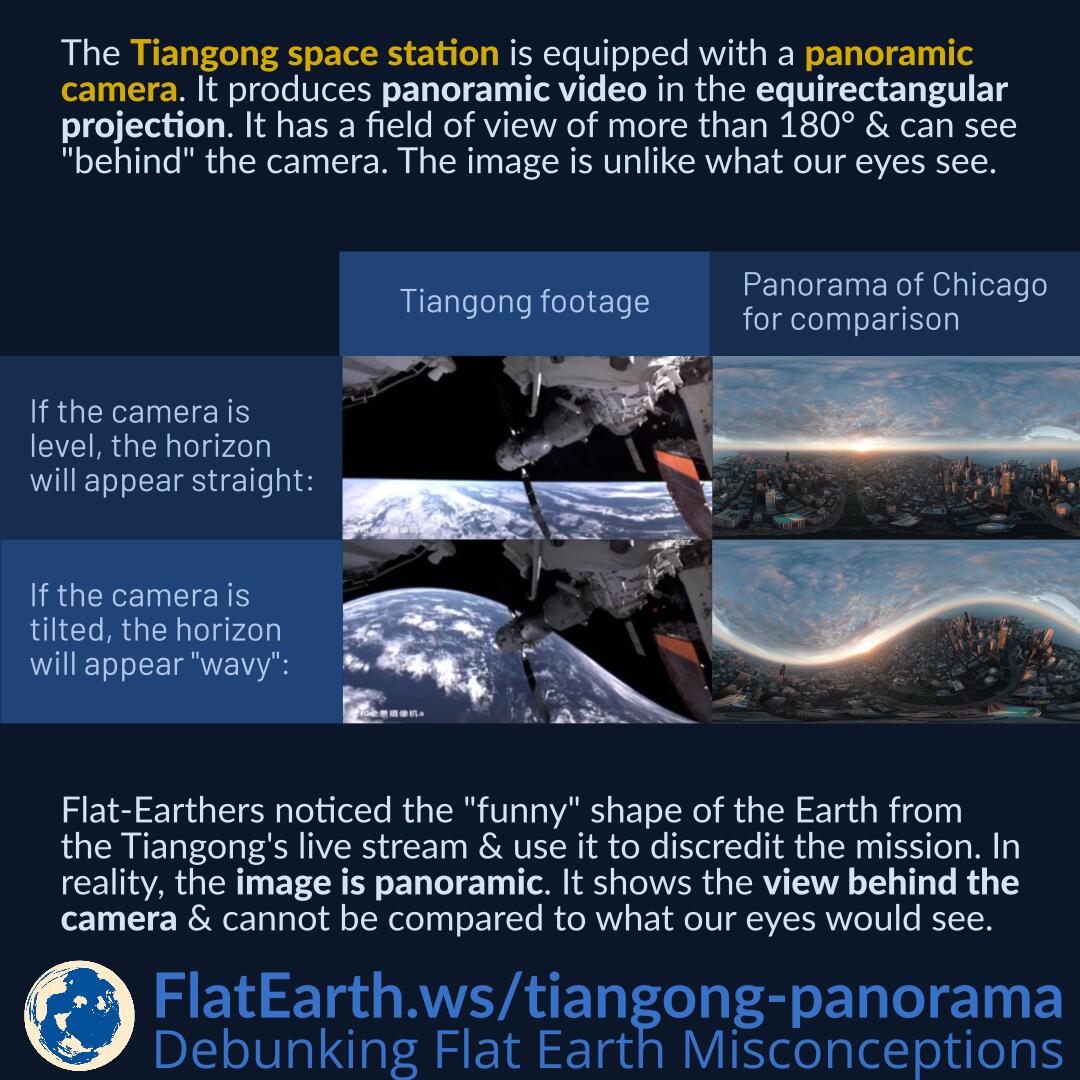 The Tiangong space station is equipped with a panoramic camera. It produces panoramic video in the equirectangular projection. It has a field of view of more than 180° & can see “behind” the camera. The image is unlike what our eyes see.

Flat-Earthers noticed the “funny” shape of the Earth from the Tiangong’s live stream & use it to discredit the mission. In reality, the image is panoramic. It shows the view behind the camera & cannot be compared to what our eyes would see.

For comparison, we used 360° panoramic videos taken from airplanes and then converted them to the equirectangular projection. The results are similar to the Tiangong video, except Earth’s surface is much closer.