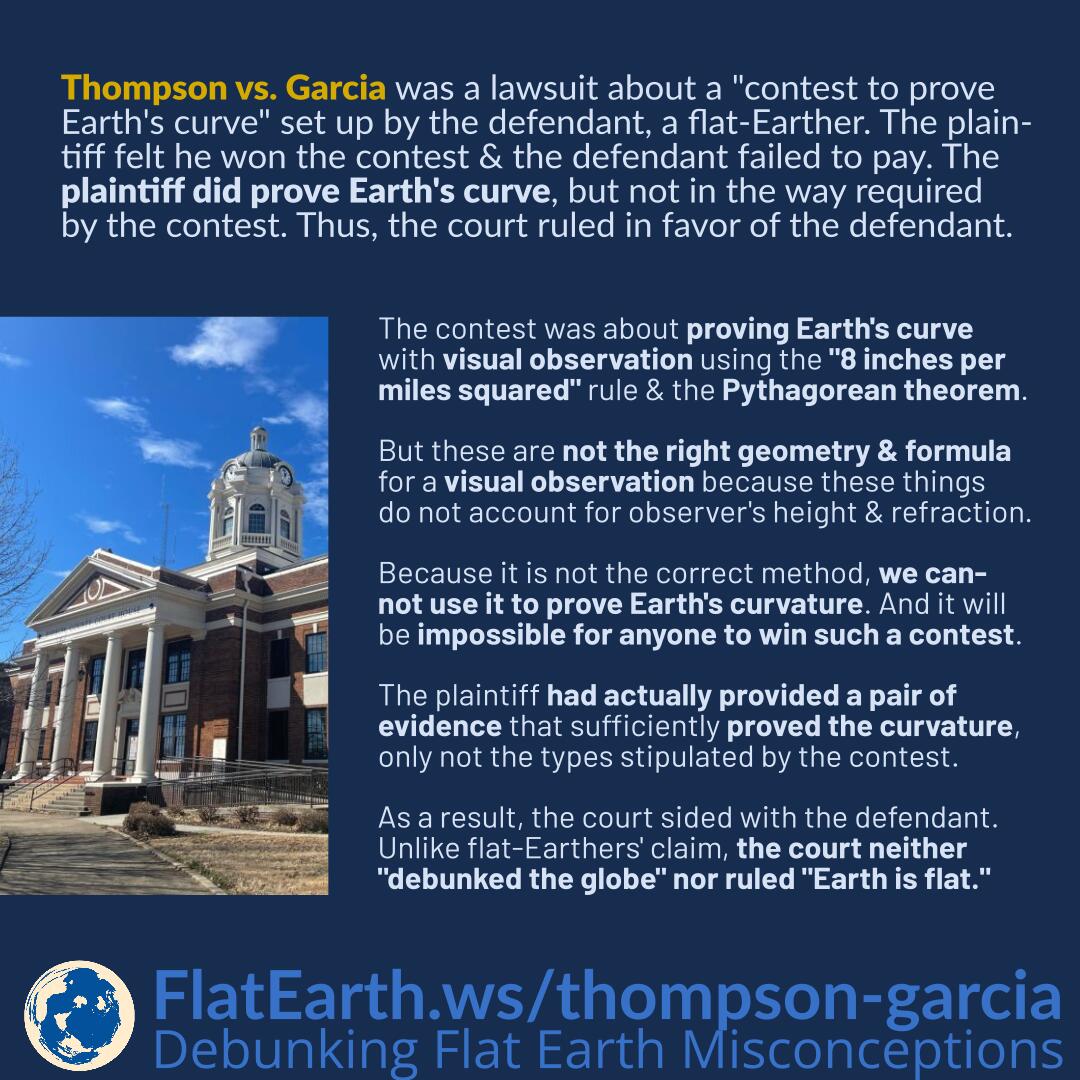 The contest was a challenge to prove Earth’s curvature with visual observation using the “8 inches per miles squared” rule & the Pythagorean theorem. But these are not the right geometry & formula for a visual observation because these things do not account for the observer’s height & atmospheric refraction.

Because it is not the correct method, we cannot use it to prove Earth’s curvature. And it will be impossible for anyone to win such a contest.

The plaintiff had actually provided two pieces of evidence that sufficiently proved Earth’s curvature, but these were not the types stipulated by the contest. As a result, the court sided with the defendant. Unlike flat-Earthers’ claim, the court neither “debunked the globe” nor ruled “Earth is flat.”

The following is the stipulation of the contest outlined in the legal document:

… I decided to hold a $5000 contest, a challenge to anyone that could confirm in two scientifically repeatable and verifiable experiments, the supposed curvature of the earth in the rate and manner cited by the accepted formula for determining such declination.

The supposed “accepted formula” mentioned above is undoubtedly the erroneous “8 inches per mile squared” rule, or the Pythagoras theorem, as explained numerous times elsewhere in the document.

Assuming the observer is 5 m above the surface and the object is 20 km away, the wrong geometry gives that the curvature would have obscured 31.4 m of the object. In reality, after accounting for the observer’s height & using standard atmosphere, the curvature will cover only 8.2 m of it.

If the object is 20 meters high, it will be visible, and flat-Earthers will presumptuously declare victory, as their erroneous formula would incorrectly tell them the curvature should wholly hide it. On the other hand, the correct method tells us that the object should still be visible, consistent with the observation.

If the contest organizer insisted on using the “8 inches” rule, then it is safe to say nobody will be able to win it. Not because Earth is flat, but because the contest was rigged.