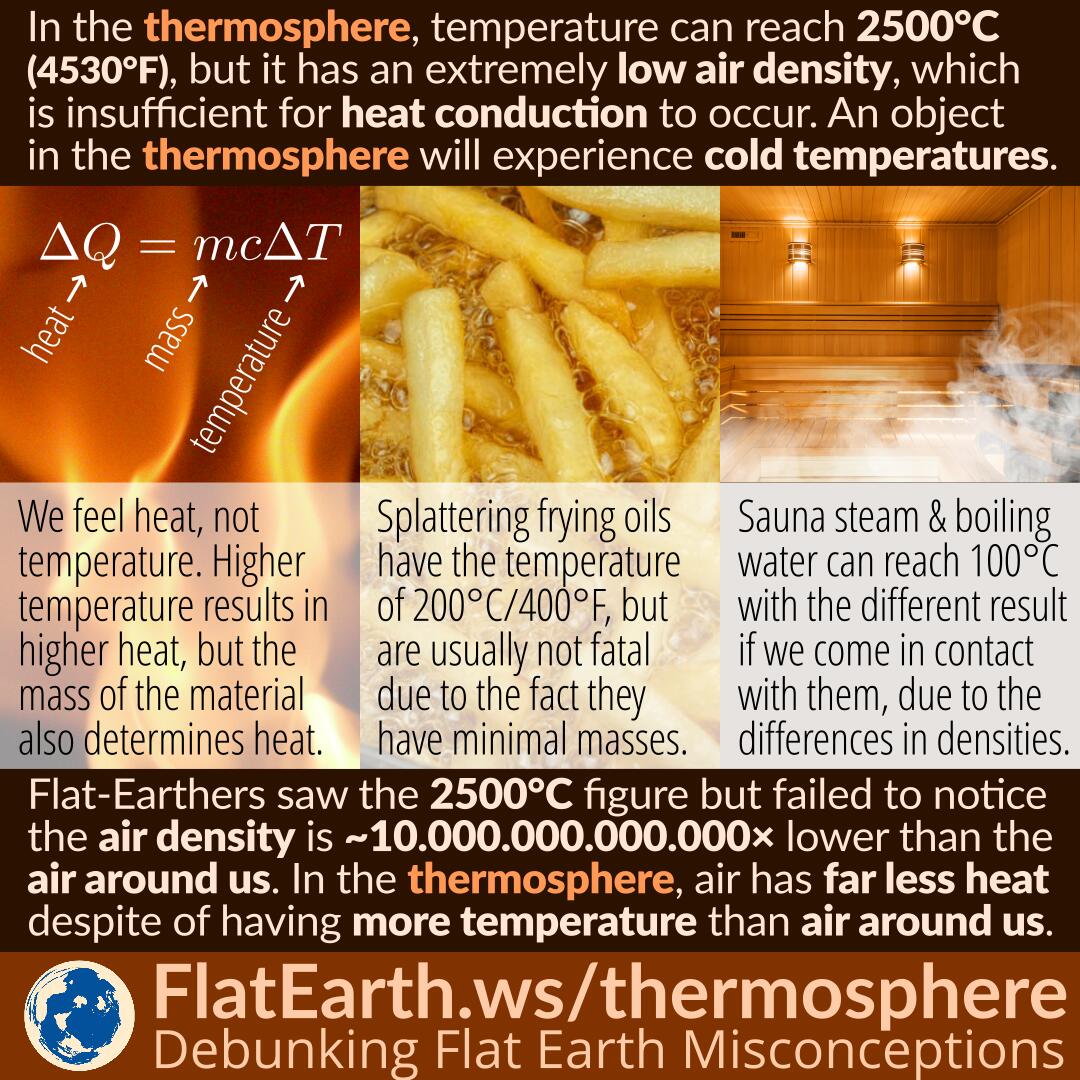 Flat-Earthers discovered that the temperature in the thermosphere could reach 2500°C. They are happy to ignore the other information which usually accompanies it: the air density up there is also far lower.

Heat transfer is directly proportional to the difference of temperature and mass. Air molecules in the thermosphere may have 10× higher temperature than at the surface of the Earth. But at the same time, its density is 10.000.000.000.000× lower. As a result, it has less heat energy per unit volume compared to our bodies. We would not feel warm in the thermosphere, and a regular thermometer will indicate below 0°C.

The situation is not unlike if we get hit by splattering hot frying oil. Usually, it is not a big problem. The splattering oil has the same temperature as the boiling oil in the pan: it can reach 200°C/400°C! But at the same time, it has very little mass, unlike the oil in the pan.

The steam in some saunas can reach 100°C, the same temperature as boiling water. But we feel far less heat from sauna than from boiling water. The reason is that the density of steam is far less than that of water in the liquid form.

Sparks that are produced by lighter flints, grinding wheels, or sparklers can actually reach 1600°C. But it usually not a big problem for us because the mass is minuscule compared to our bodies.