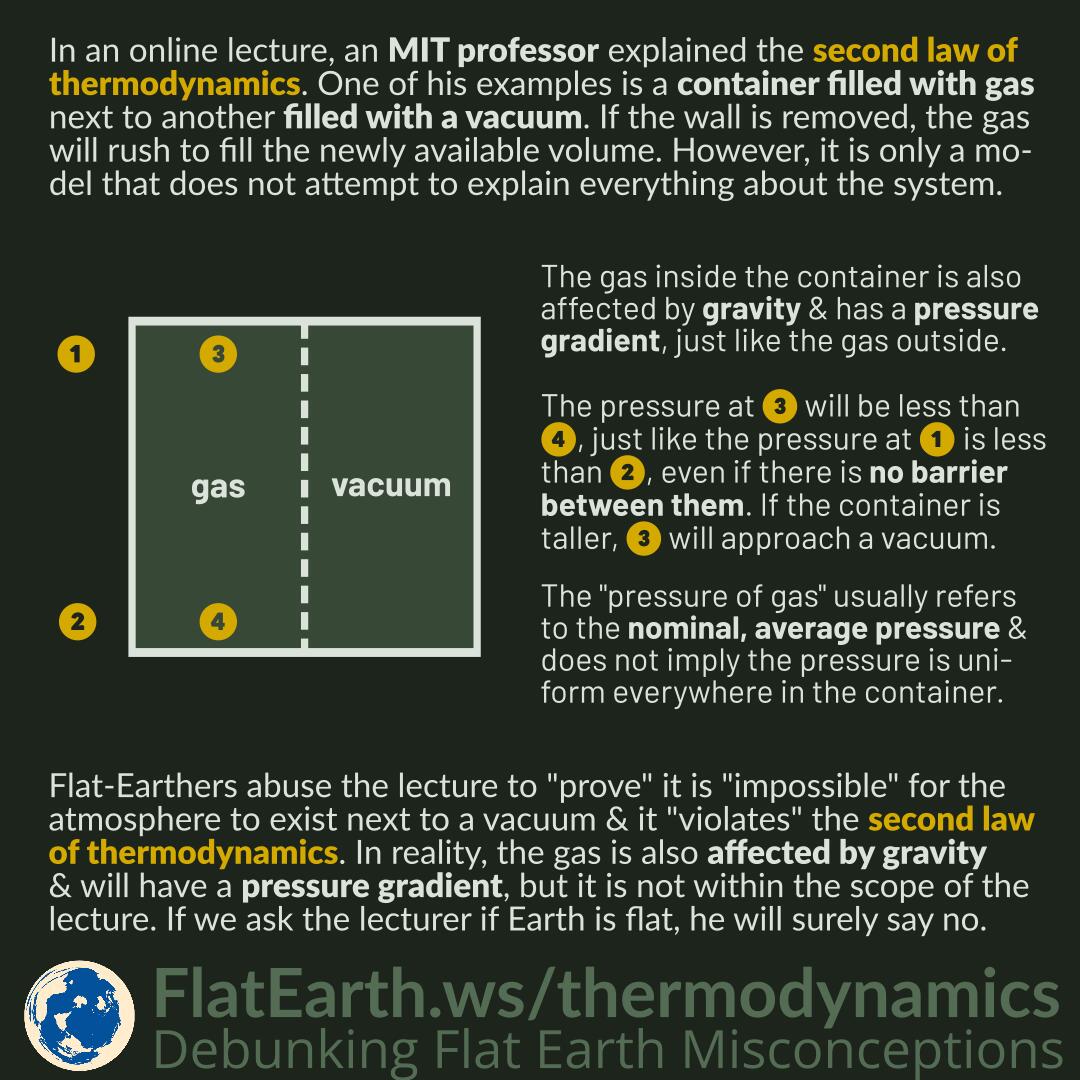 In an online lecture, an MIT professor explained the second law of thermodynamics. One of his examples is a container filled with gas next to another filled with a vacuum. If the wall is removed, the gas will rush to fill the newly available volume. However, it is only a simple model that does not attempt to explain everything about the system.

Flat-Earthers abuse the lecture to “prove” it is “impossible” for the atmosphere to exist next to a vacuum. It becomes a flat Earth talking point as if the lecture shows us that spherical Earth “violates” the second law of thermodynamics. In reality, the gas inside the container is also affected by gravity and will also have a pressure gradient, just like the gas outside. But it is not within the scope of the lecture.

And if we ask the lecturer if Earth is flat, he will surely say no.

The inside of a passenger jet airliner is pressurized. At the cruising altitude, the interior has a higher pressure than the outside. However, the pressurized air inside the plane is still affected by gravity and will have a pressure gradient. If they allow us to bring a helium balloon inside, it will float just like outside the plane. And by using a barometer or a smartphone with a pressure sensor, we will also be able to measure the change in pressure inside the aircraft.