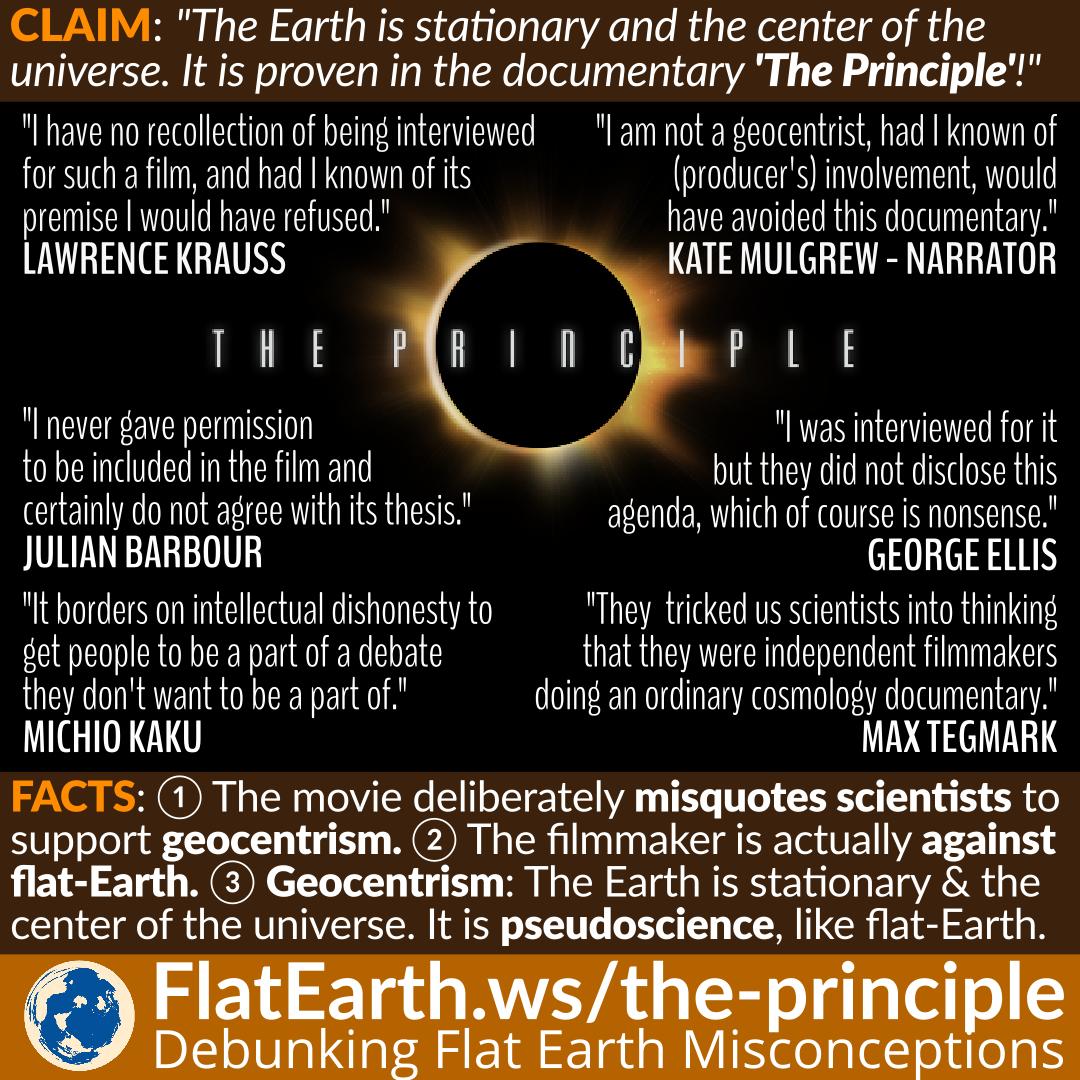 This actually gets more complicated than that. We are dealing with two forms of pseudoscience, that sometimes even goes against each other.

First, the movie ‘The Principle’ itself is dishonest. Scientists were tricked into appearing in the film. Using clever editing, their statements were deliberately misinterpreted. Practically every scientist who appeared in the film rejects their part in the movie, and that they all were misled into saying something far from the intended message.

‘The Principle’ promotes geocentrism, that the Earth is stationary and the center of the universe. It is pseudoscience, like flat-Earth. Just because they are against each other, it doesn’t mean one is better than another.