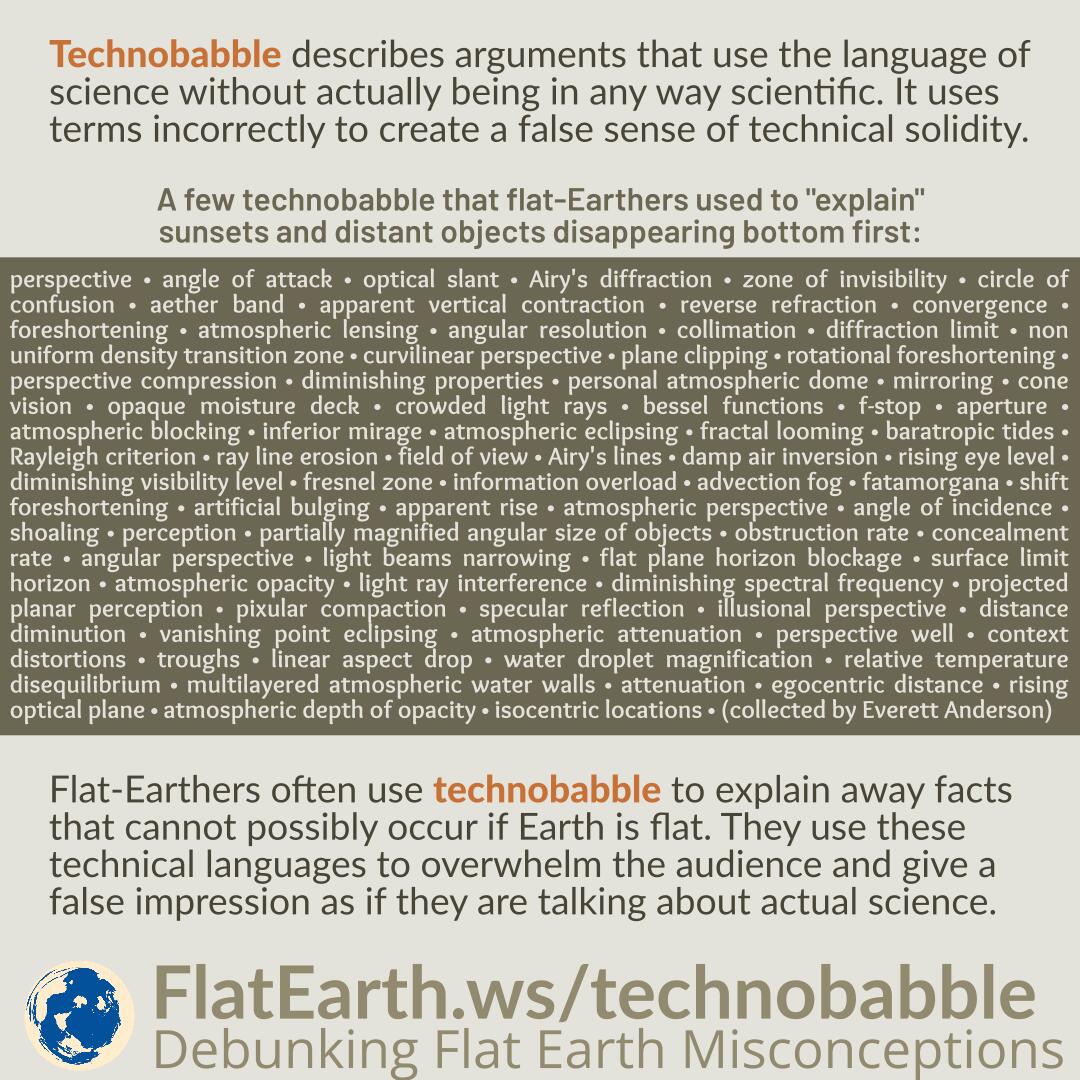 Technobabble describes arguments that use the language of science without actually being in any way scientific. It uses scientific terms incorrectly to create a false sense of technical solidity.

Flat-Earthers often use technobabble to explain away the facts that cannot possibly occur if Earth is flat. They use these technical languages to overwhelm and confuse the audience, masking their dishonesty and give a false impression as though they are talking about actual science.

Technobabble is used in science fiction to conceal the impossible nature of the technologies mentioned in the story, often because of a violation of the laws of physics as currently understood. Technobabble provides an “enabling device” to provide the impression that the current scientific understanding was limited or flawed, without actually having to explain how or why.

In flat Earth communities, technobabble is used similarly, except that these people cannot realize the concept they are defending is not real. Technobabble is used as a vague “explanation,” so they can avoid providing a real explanation that they cannot possibly provide. In effect, these people are not using the same language as the rest of us. And it is impossible to debunk their arguments, except by mentioning that they are using scientific-sounding terms without actually being scientific.