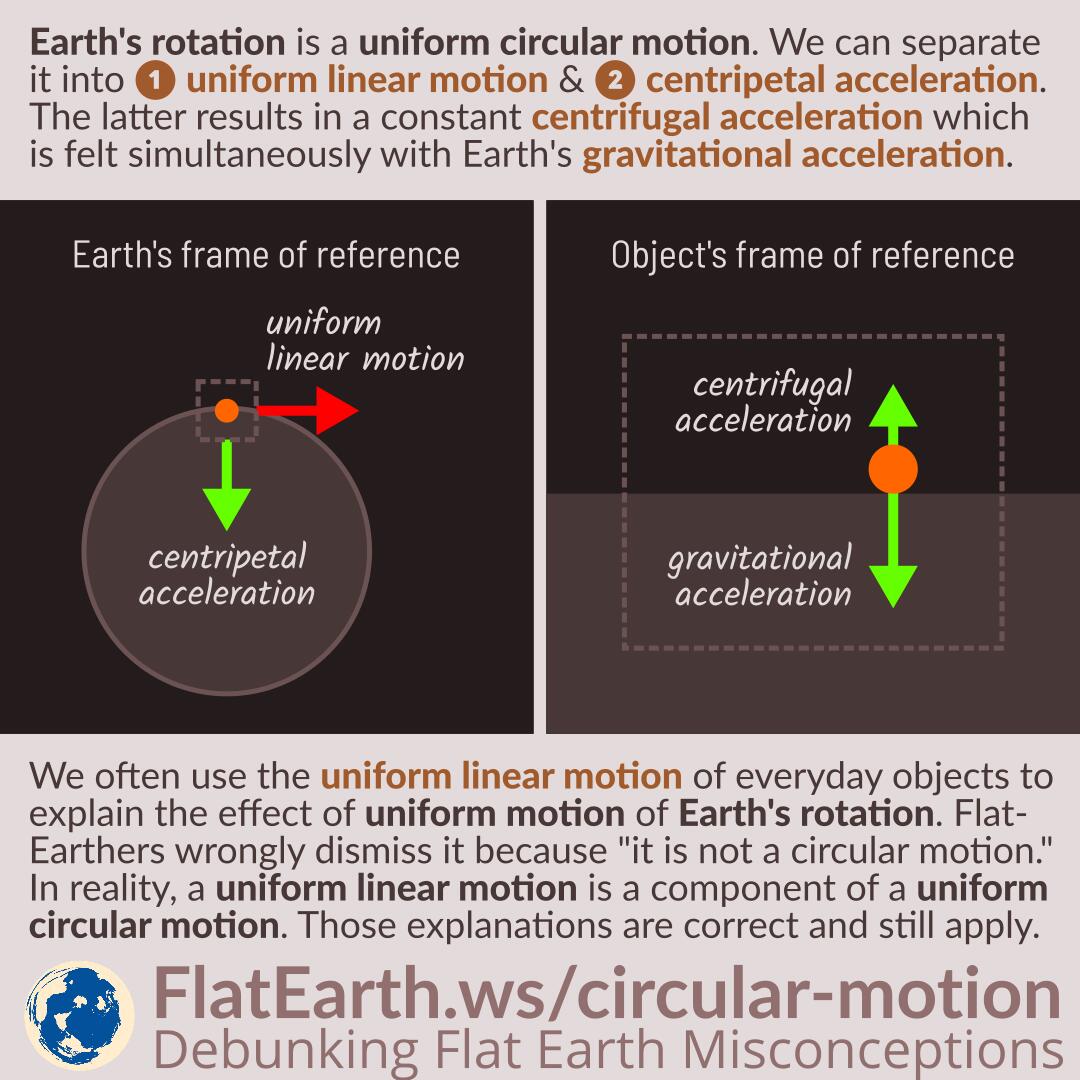 The motion of a specific location on Earth due to Earth’s rotation is a uniform circular motion. We can separate it into a uniform linear motion and a centripetal acceleration toward Earth’s center. From the reference frame of an observer on Earth, the latter results in a constant centrifugal acceleration, which is felt simultaneously with Earth’s gravitational acceleration.

We often use the uniform linear motion of everyday objects to explain the effect (or the lack of thereof) of uniform motion of Earth’s rotation. Flat-Earthers incorrectly reject it just because “it is not a circular motion unlike Earth’s rotation” In reality, a uniform linear motion is one component of a uniform circular motion. And these explanations are correct and still apply.

END_OF_DOCUMENT_TOKEN_TO_BE_REPLACED 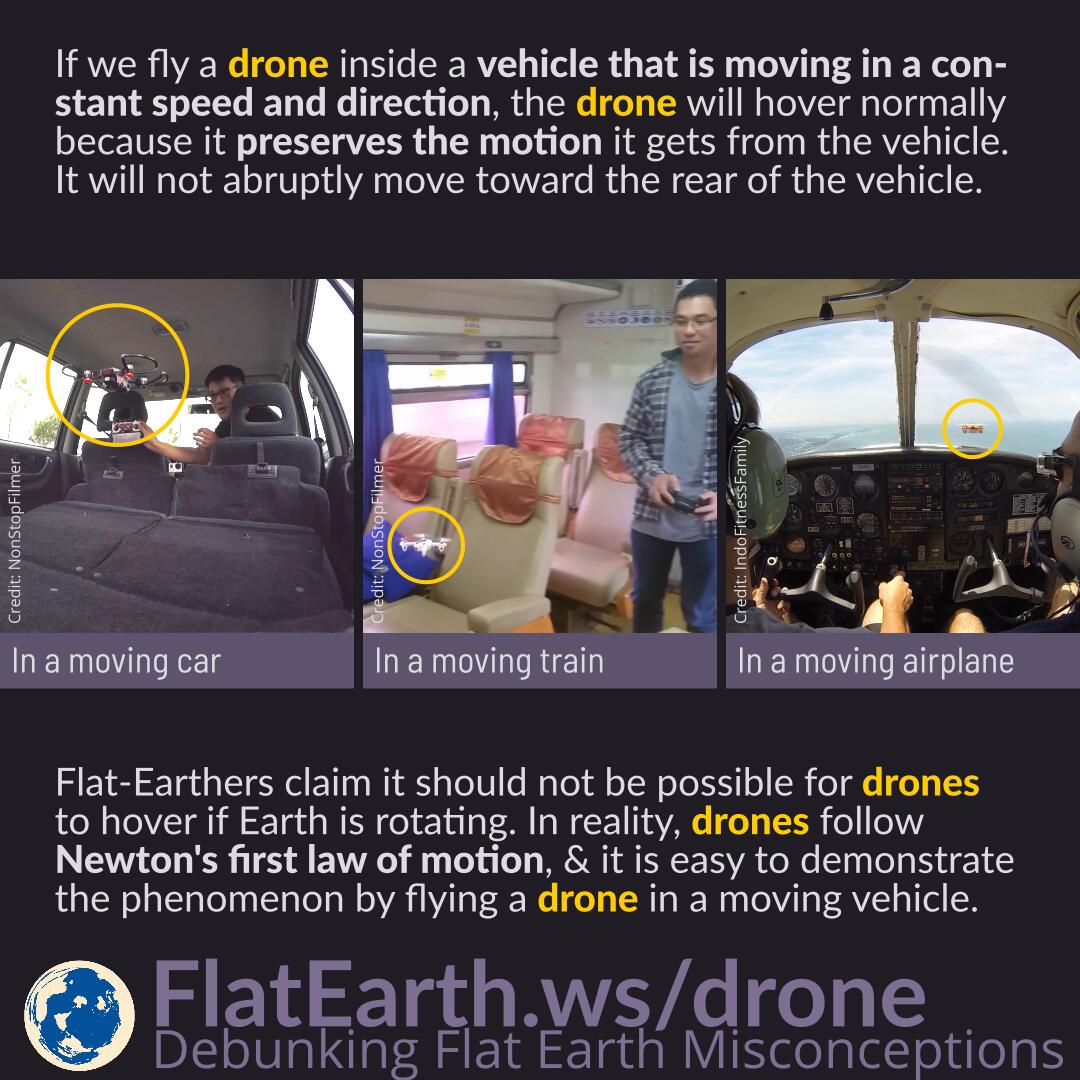 If we fly a drone inside a vehicle that is moving in a constant speed and direction, the drone will hover normally because it preserves the motion it gets from the vehicle. It will not abruptly move toward the rear of the vehicle.

Flat-Earthers claim that it should not be possible for drones to hover if Earth is rotating. In reality, drones follow Newton’s first law of motion and will preserve their inertia. It is easy to demonstrate the phenomenon by flying a drone inside a moving vehicle. The fact that drones can hover still in mid-air is not evidence of stationary Earth.