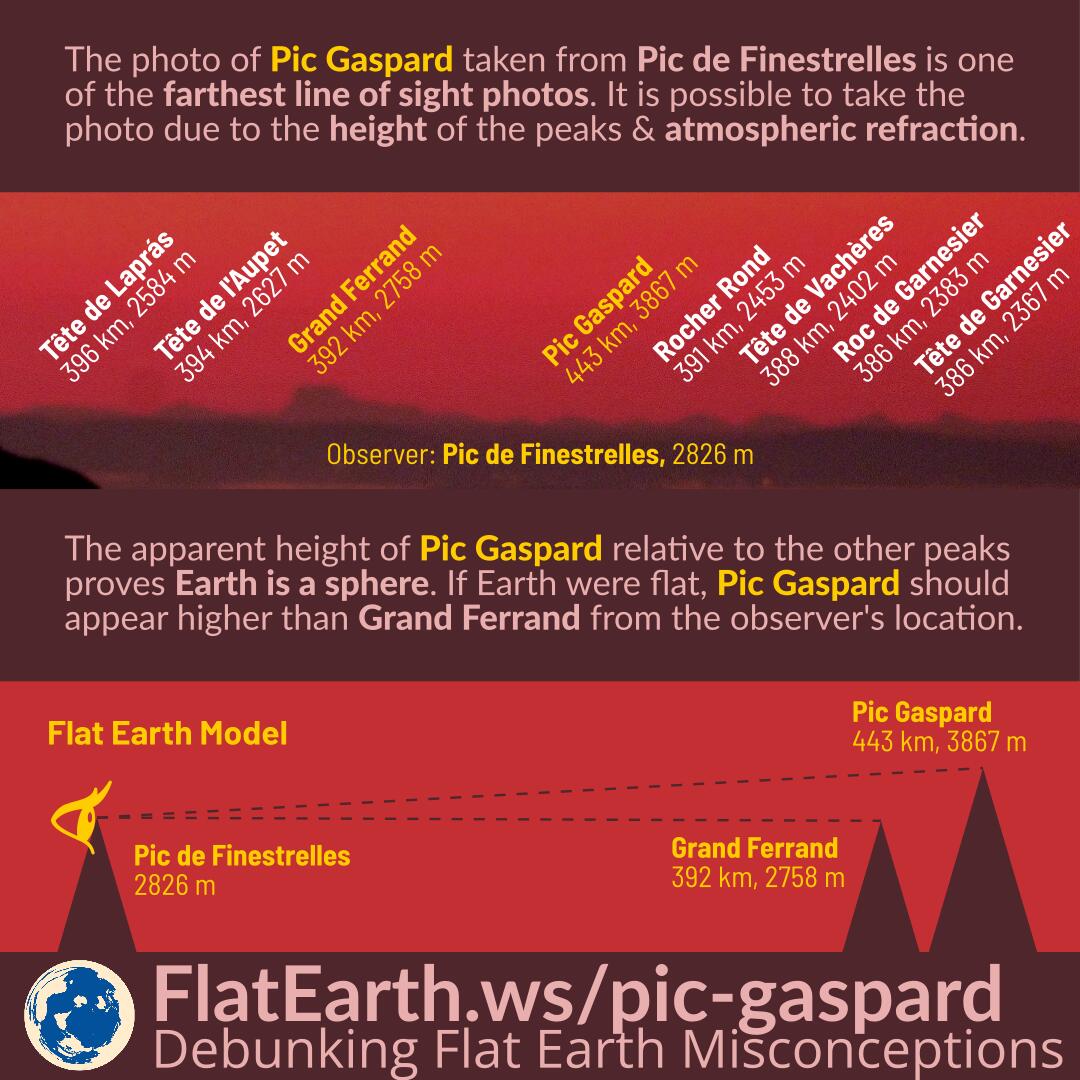 The photo of Pic Gaspard taken from Pic de Finestrelles is one of the farthest line-of-sight photos of an object on Earth’s surface, taken from another location on Earth’s surface. It is possible to take the photo due to the height of the peaks & atmospheric refraction.

The apparent height of Pic Gaspard relative to the other peaks proves Earth is a sphere. If Earth were flat, Pic Gaspard should appear higher than Grand Ferrand from the observer’s location. Simulations also give us the same results as observation, confirming that it is really what would look like on a spherical Earth.

END_OF_DOCUMENT_TOKEN_TO_BE_REPLACED 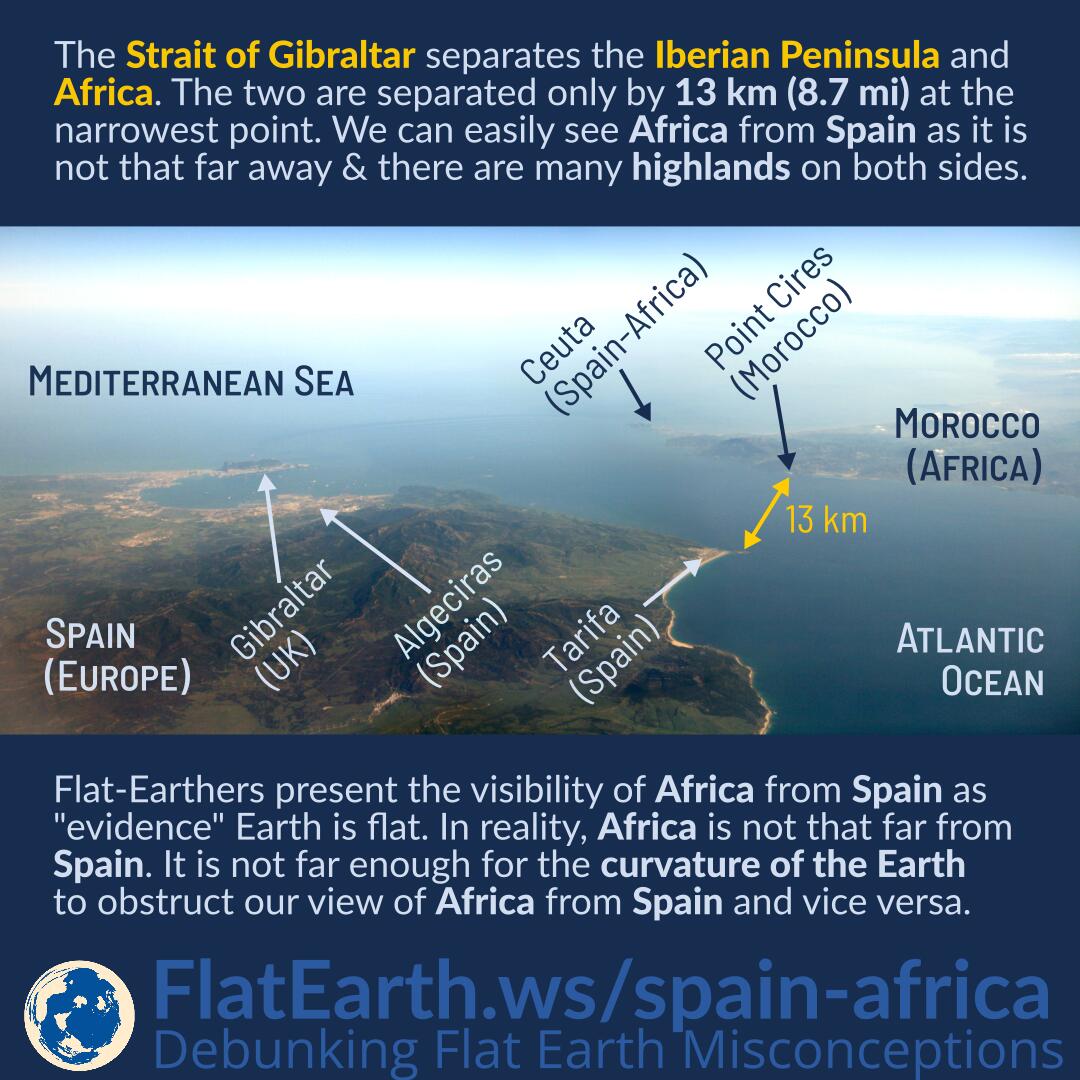 The Strait of Gibraltar separates the Iberian Peninsula and Africa. The two are separated only by 13 km (8.7 miles) at the narrowest point. We can easily see Africa from Spain as it is not that far away and that there are many highlands on both sides.