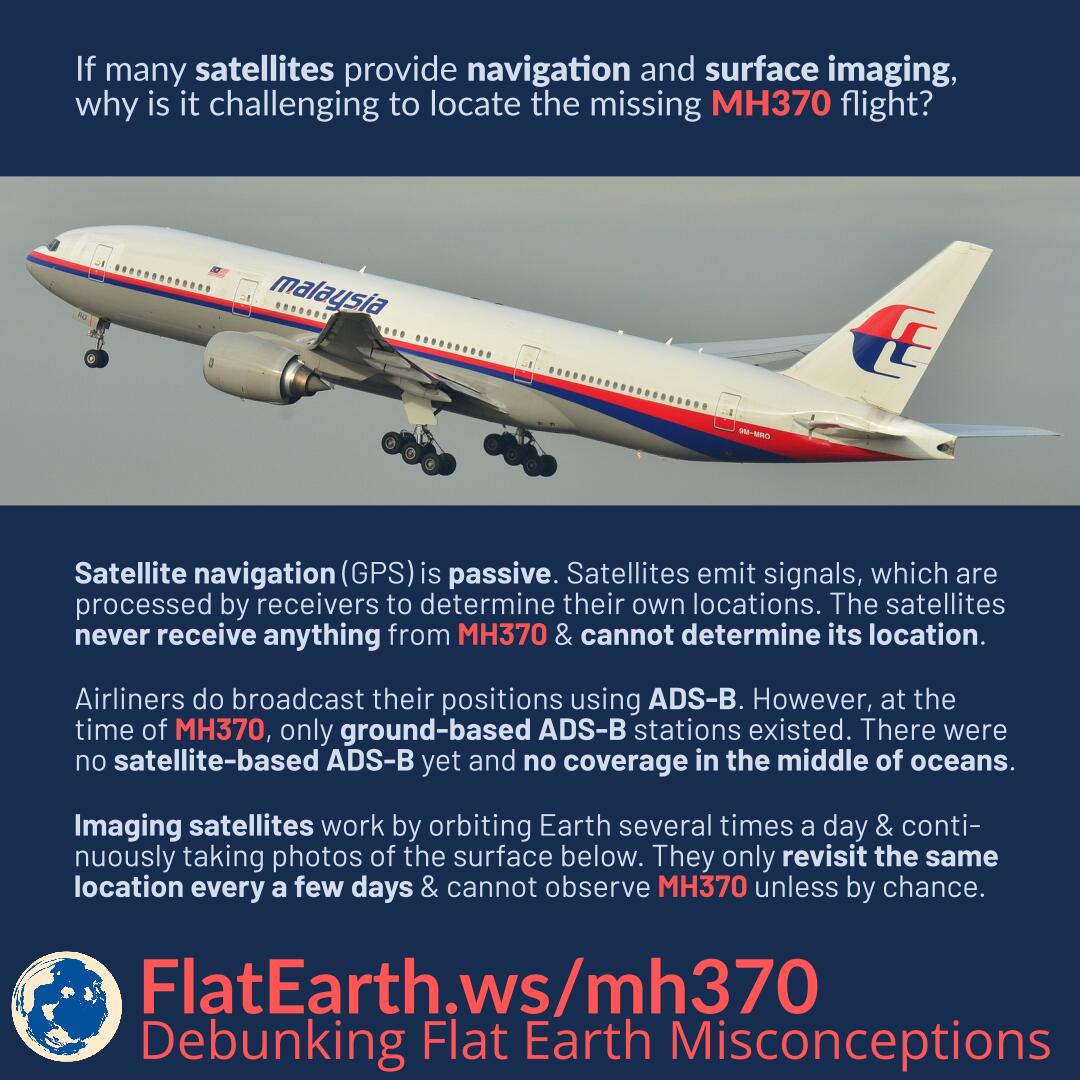 If many satellites provide navigation and surface imagery, why is it challenging to locate the missing MH370 flight?

Satellite navigation, including GPS, is passive. Satellites emit signals, which are processed by receivers —including those on board the MH370— to determine their own locations. The satellites never receive anything from MH370 and cannot determine its location.

Airliners do broadcast their positions using ADS-B. However, at the time of MH370, only ground-based ADS-B stations existed. There were no satellite-based ADS-B receivers yet, and no coverage in the middle of oceans.

END_OF_DOCUMENT_TOKEN_TO_BE_REPLACED 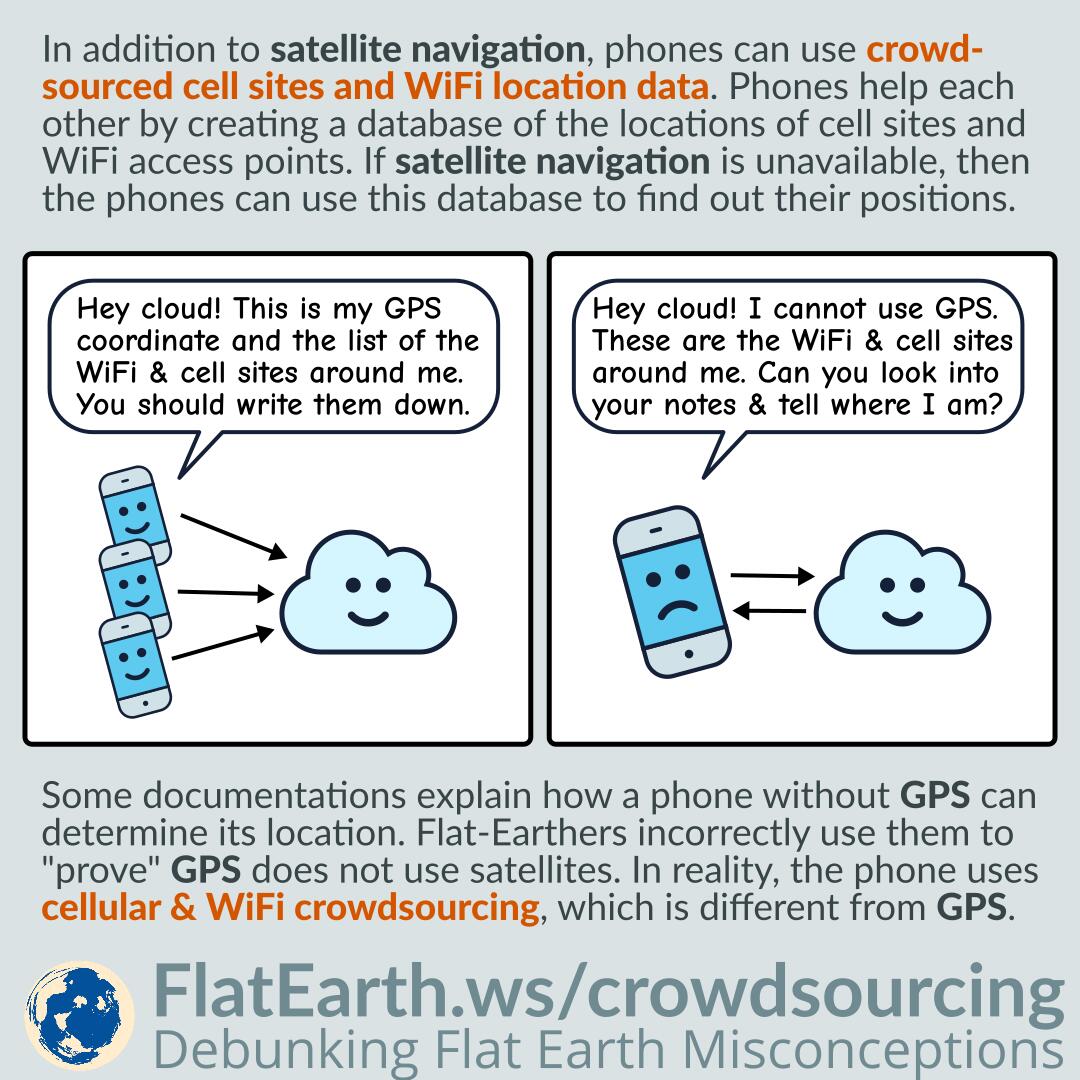 In addition to satellite navigation, mobile phones can also use crowdsourced cell sites and WiFi access points location data. Phones help each other by creating a centralized database of the locations of cell sites and WiFi access points. If satellite navigation is unavailable, then the phones can utilize this database to determine their positions.

END_OF_DOCUMENT_TOKEN_TO_BE_REPLACED 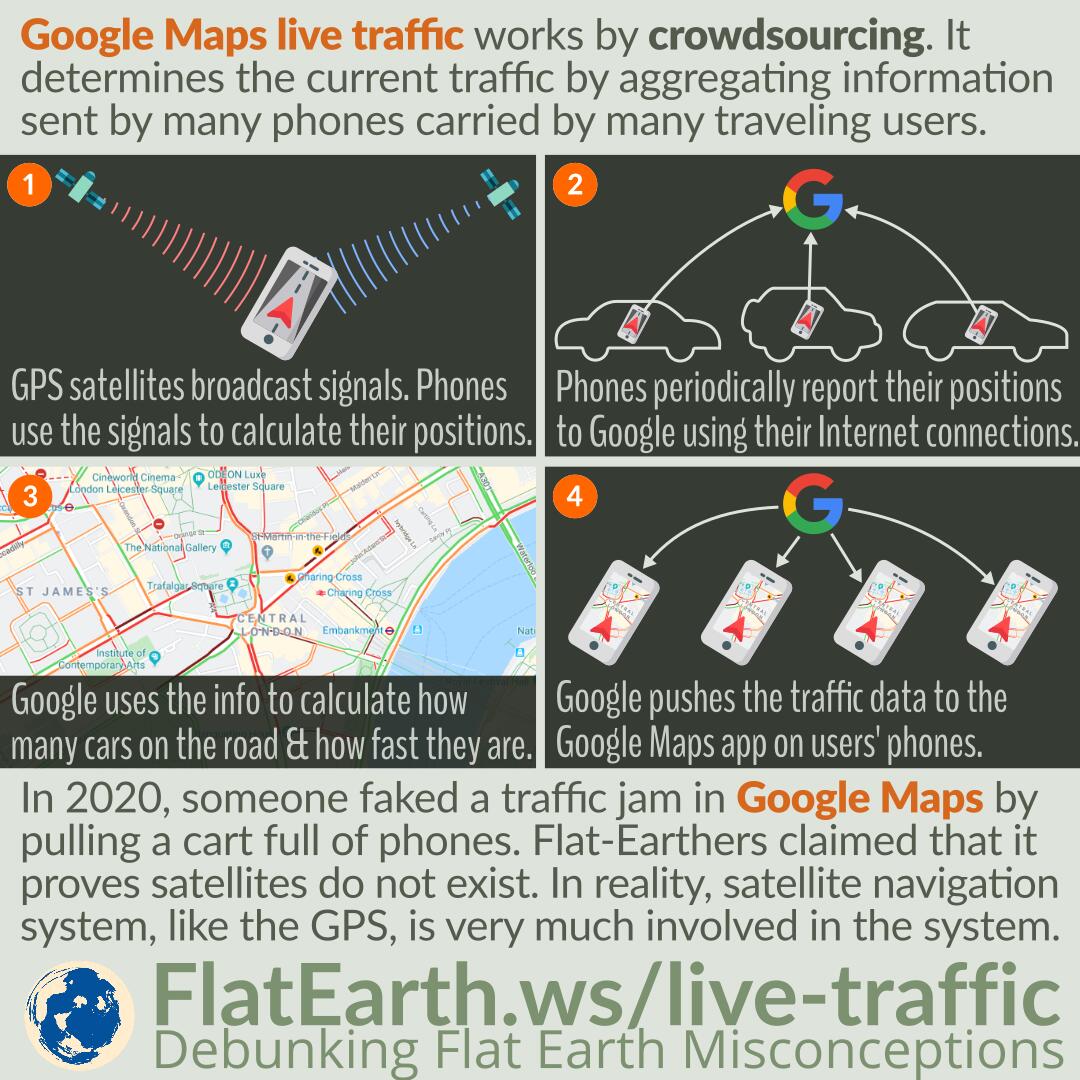