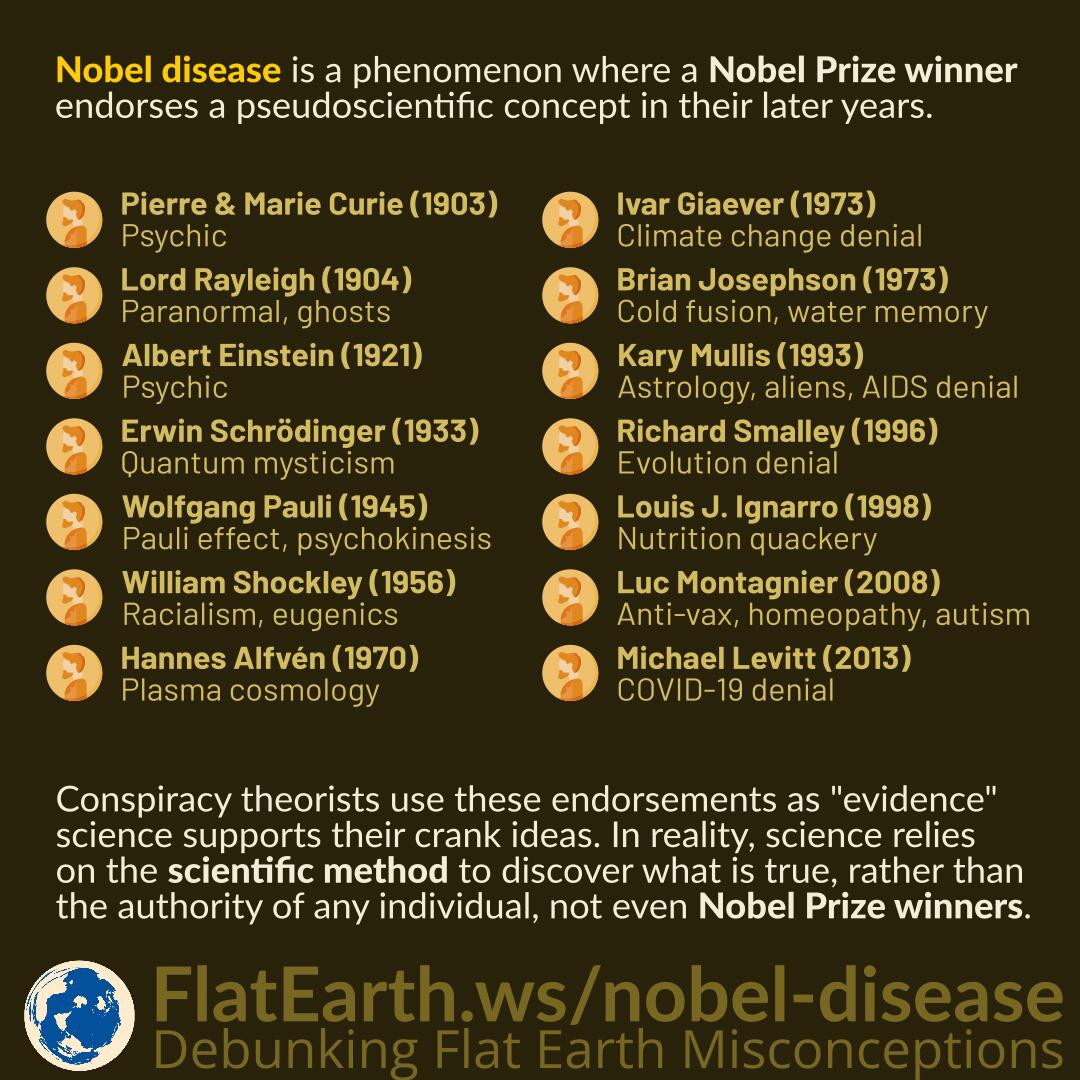 Nobel disease is a phenomenon where a Nobel Prize winner endorses a pseudoscientific concept in their later years.

Conspiracy theorists use these endorsements as “evidence” science supports their crank ideas. In reality, science relies on the scientific method to discover what is true, rather than the authority of any individual, not even Nobel Prize winners.

We have no problem saying that psychic is pseudoscience even though some Nobel prize laureates at one point endorsed it. Just because renowned scientists like Pierre Curie, Marie Curie, and Albert Einstein supported psychic, it does not mean it is scientific.

END_OF_DOCUMENT_TOKEN_TO_BE_REPLACED 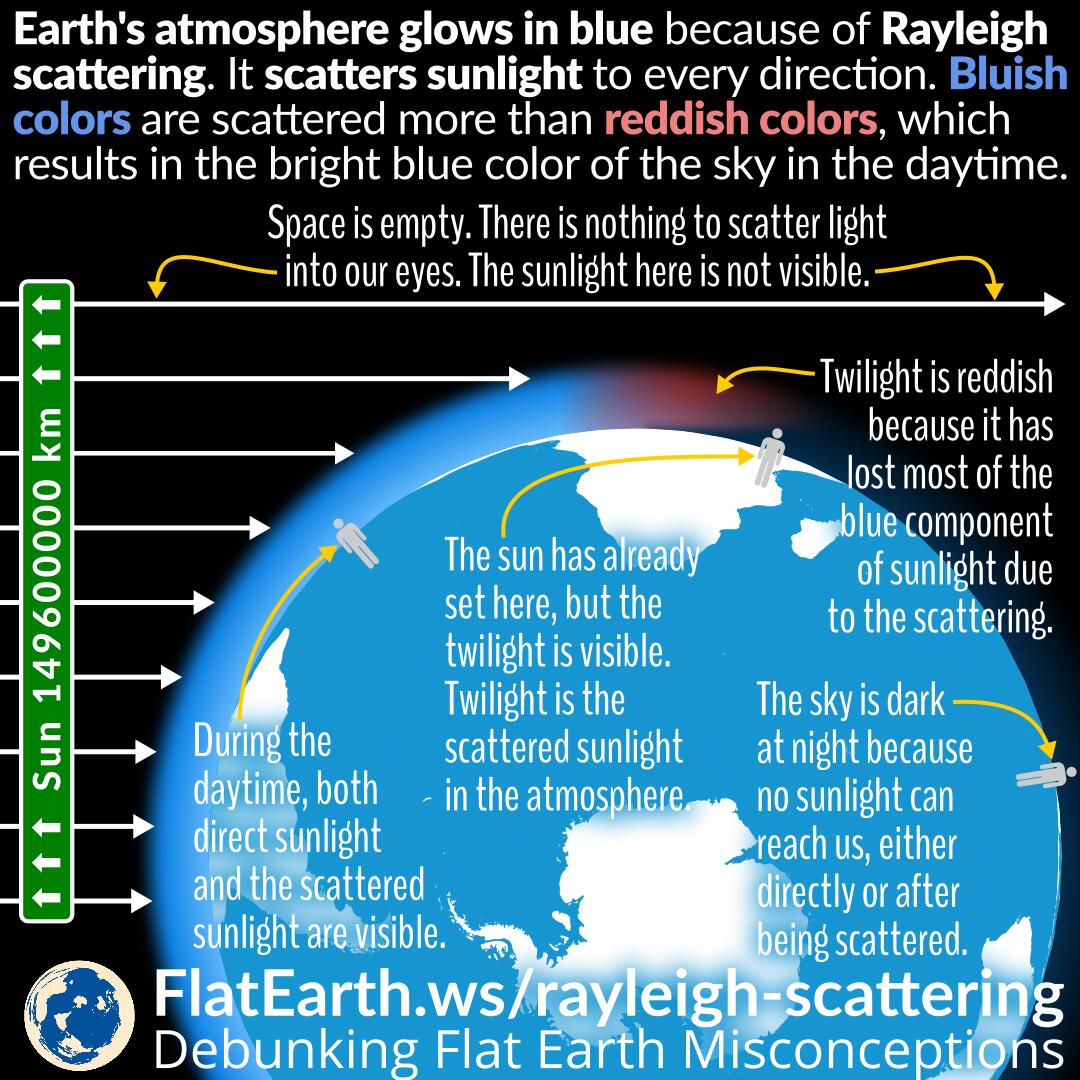 Earth’s atmosphere glows in blue because of Rayleigh scattering. It scatters sunlight to every direction. Bluish colors are scattered more than reddish colors. This results in the bright blue color of the sky in the daytime.

There are many misconceptions in the flat Earth community that arise from the lack of understanding of Rayleigh scattering.

END_OF_DOCUMENT_TOKEN_TO_BE_REPLACED 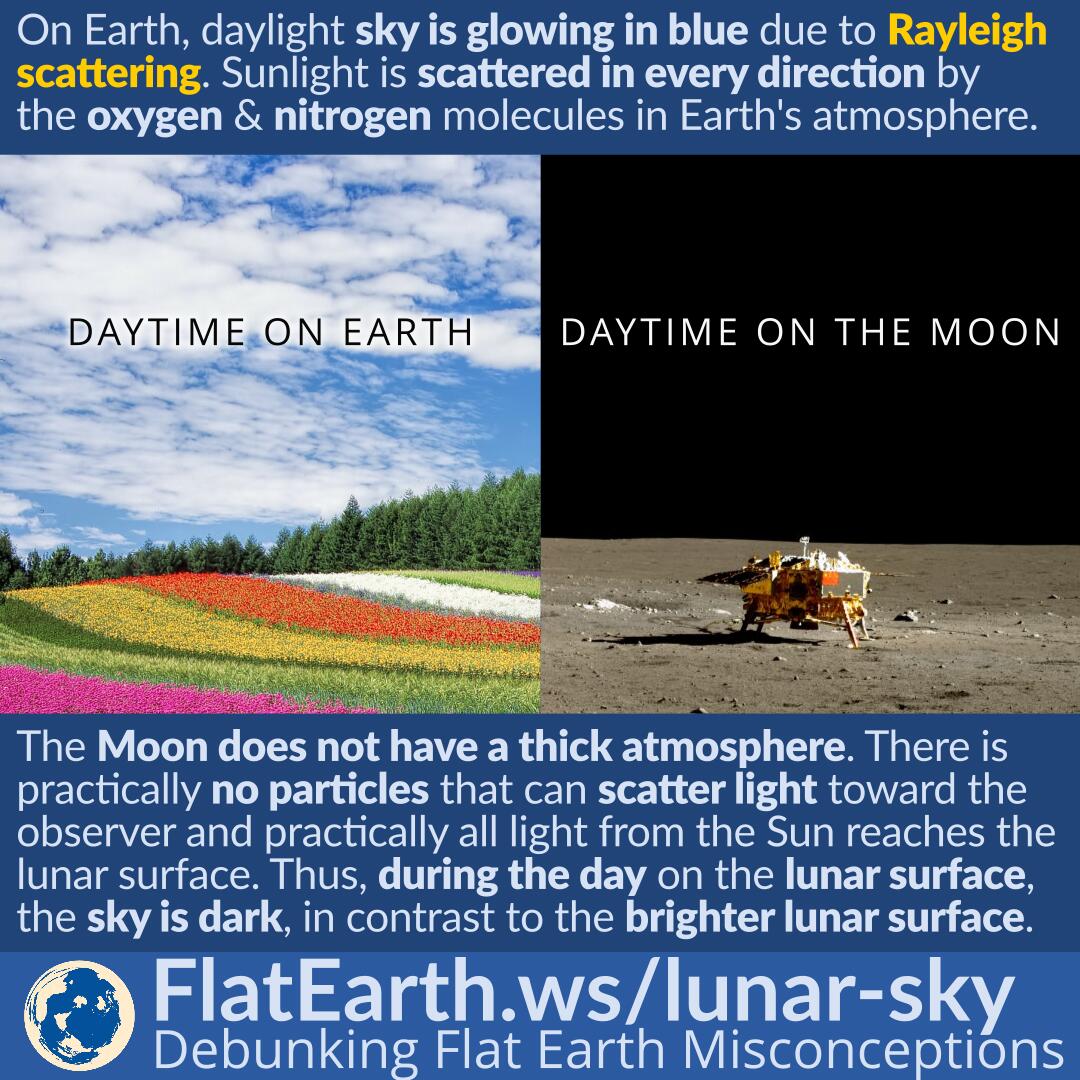