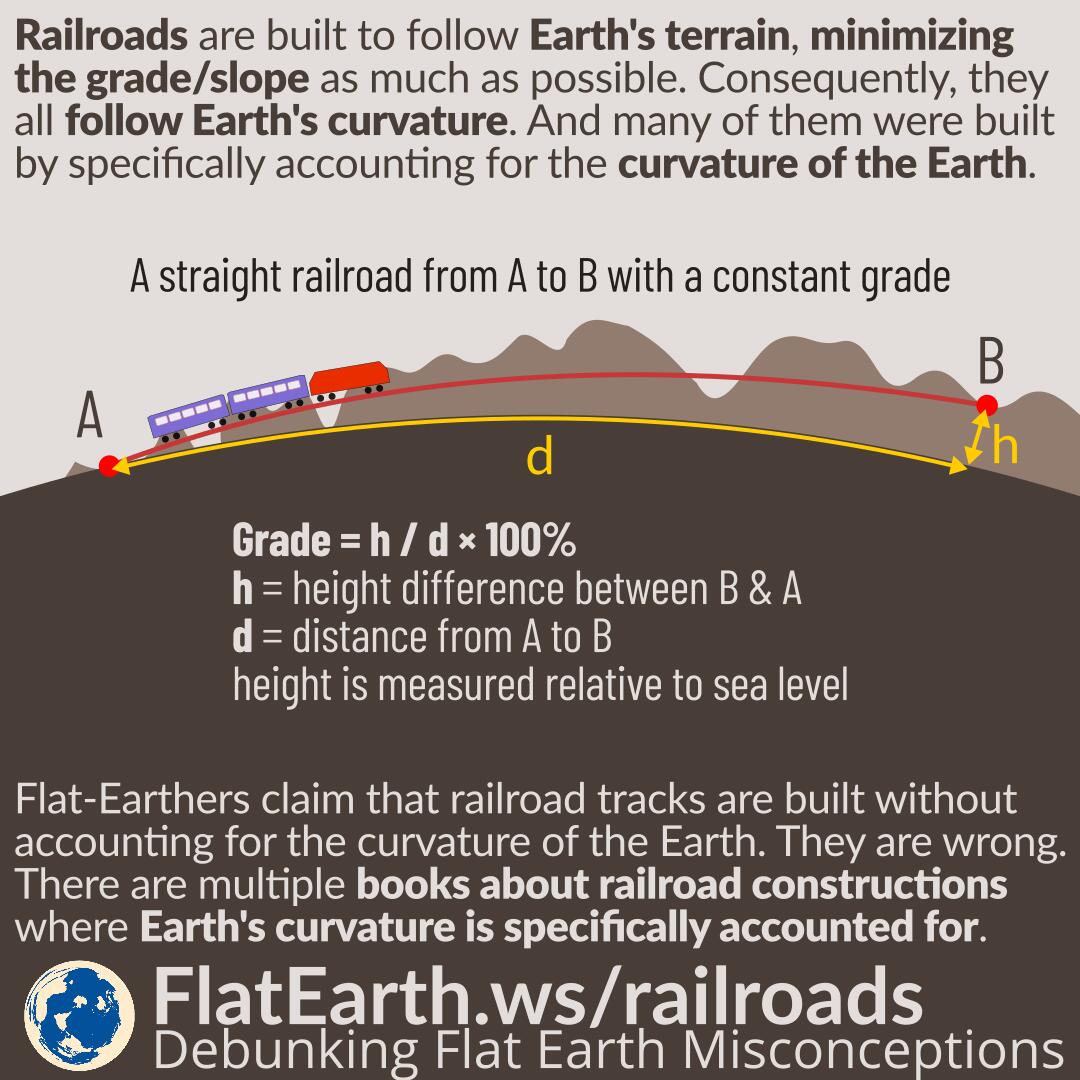 Railways are built to follow Earth’s terrain, minimizing the grade/slope as much as possible. Consequently, they all follow Earth’s curvature. And many of them were built by explicitly accounting for the curve of the Earth.

Flat-Earthers claim that railroads are straight, and never built by accounting for Earth’s curvature. They are wrong. The leveling works were done in such a way to minimize the effect of Earth’s curvature. There are also multiple books describing railroad constructions where the curvature of the Earth is specifically accounted for.