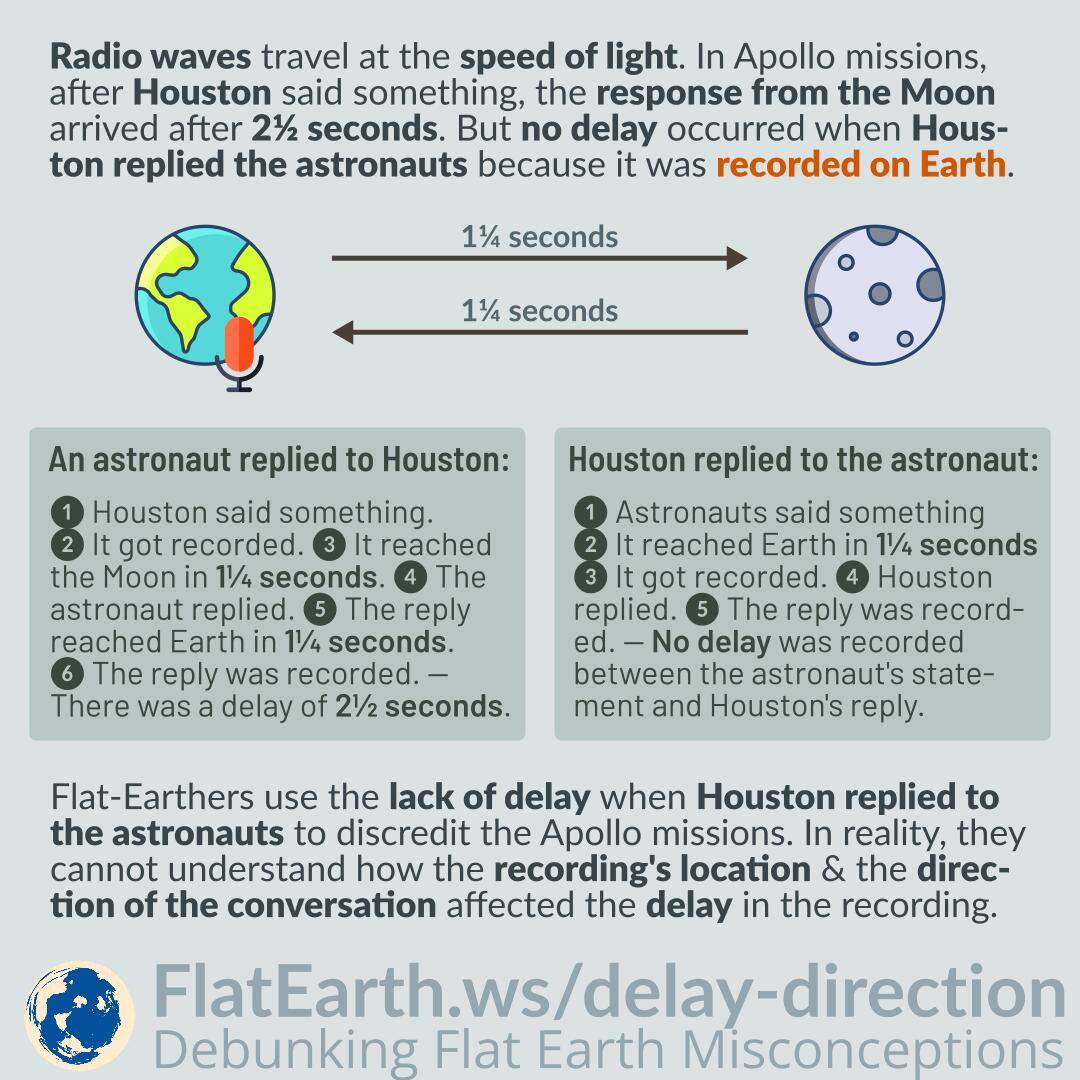 Radio waves travel at the speed of light. In Apollo missions, after Houston said something, the response from the Moon arrived after 2½ seconds. But no delay occurred when Houston replied to the astronauts because the conversation was recorded on Earth.

Flat-Earthers use the lack of delay when Houston (and President Nixon) replied to the astronauts to discredit the Apollo missions. In reality, they cannot understand how the recording’s location and the direction of the conversation affected the delay in the recording.