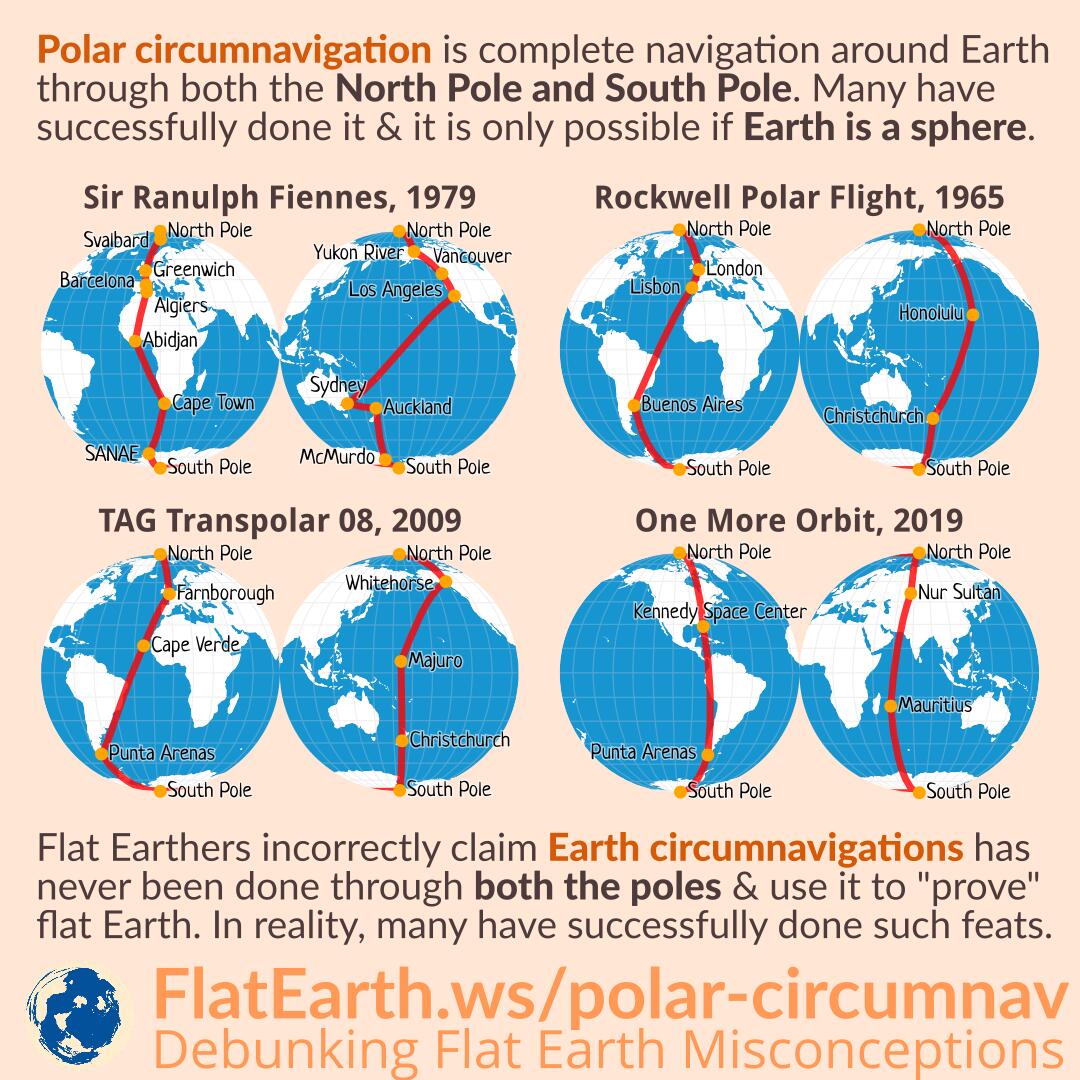 Polar circumnavigation is complete navigation around Earth through both the North Pole and the South Pole. Several parties have successfully done it, and it is only possible if Earth is a sphere.

Flat-Earthers incorrectly claim that Earth circumnavigation has never been done through both the poles, and they use it to “prove” a flat Earth. In reality, many have successfully done such feats.