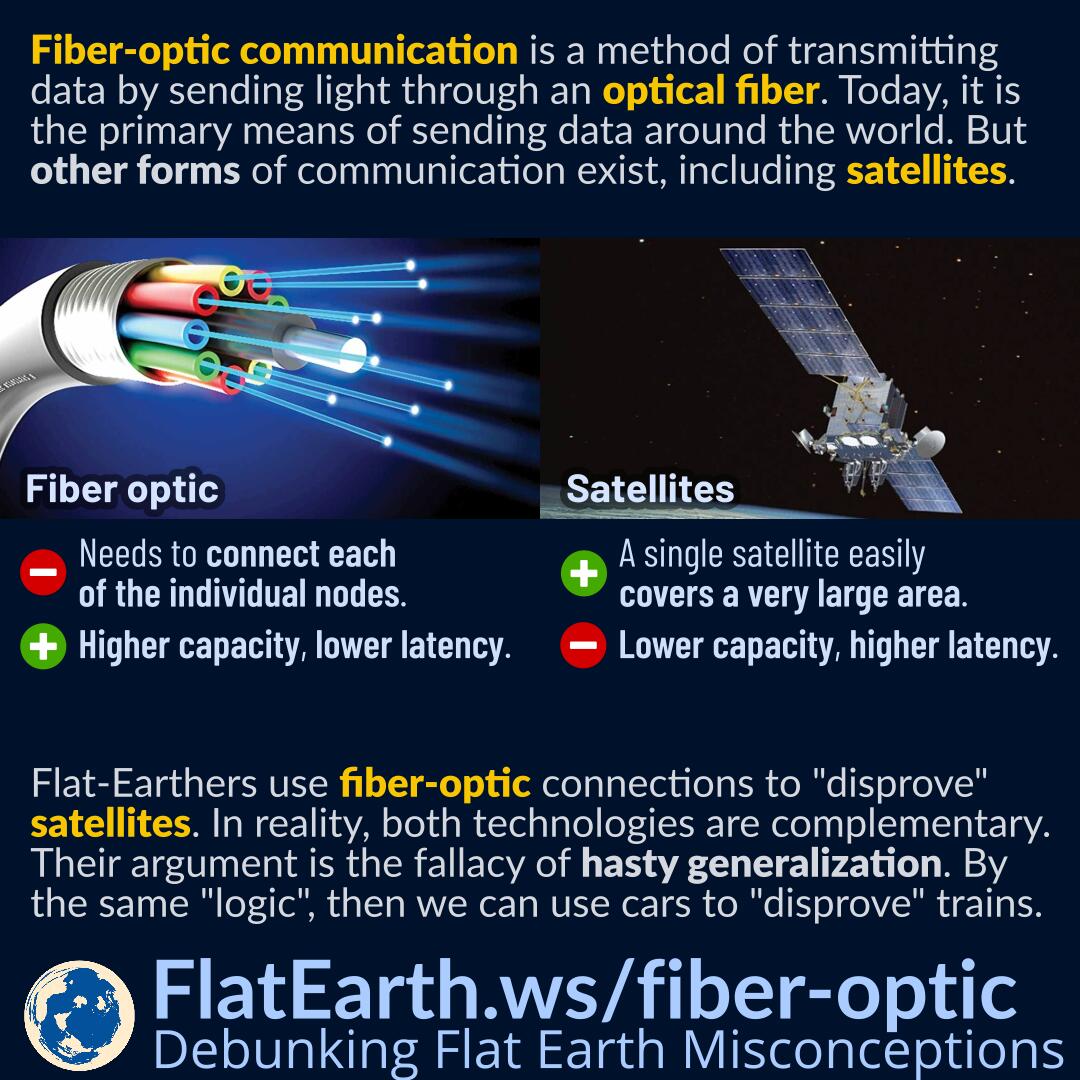 Flat-Earthers use the prominence of fiber-optic communication as “proof” of the nonexistence of satellites. Such reasoning is a fallacy of hasty generalization. By the same “logic,” we can “prove” trains do not exist just by showing the existence of cars.

END_OF_DOCUMENT_TOKEN_TO_BE_REPLACED

In the context of spaceflight, a satellite is an object that has been intentionally placed into orbit. A few of these satellites are balloon satellites. They are satellites that are inflated with gas after they have been put into orbit. There are also other human-made objects which are also called satellites, only placed in a much lower altitude, and with a very different operating method. These are actually regular high altitude balloon, but providing services traditionally provided by orbiting satellites.

END_OF_DOCUMENT_TOKEN_TO_BE_REPLACED 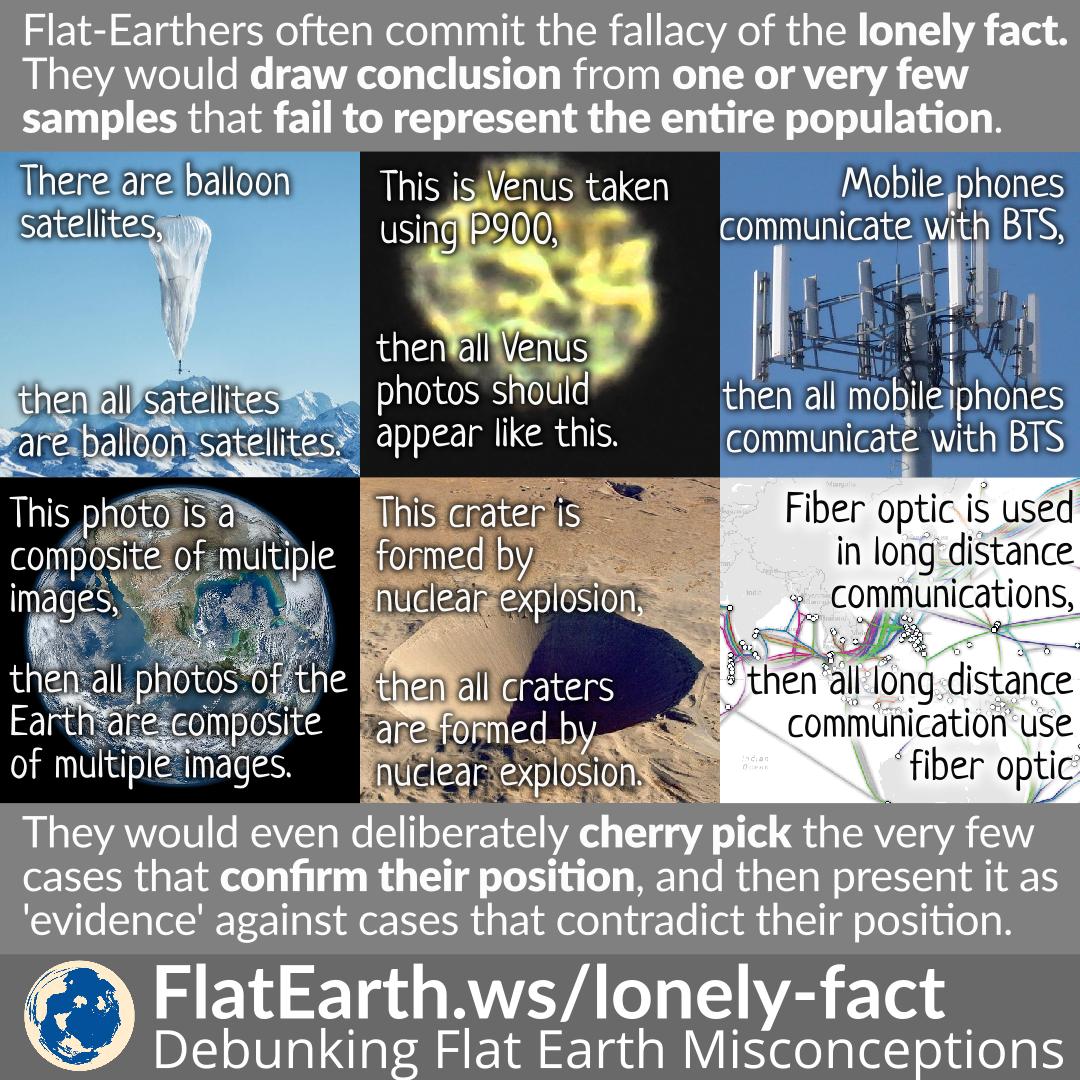