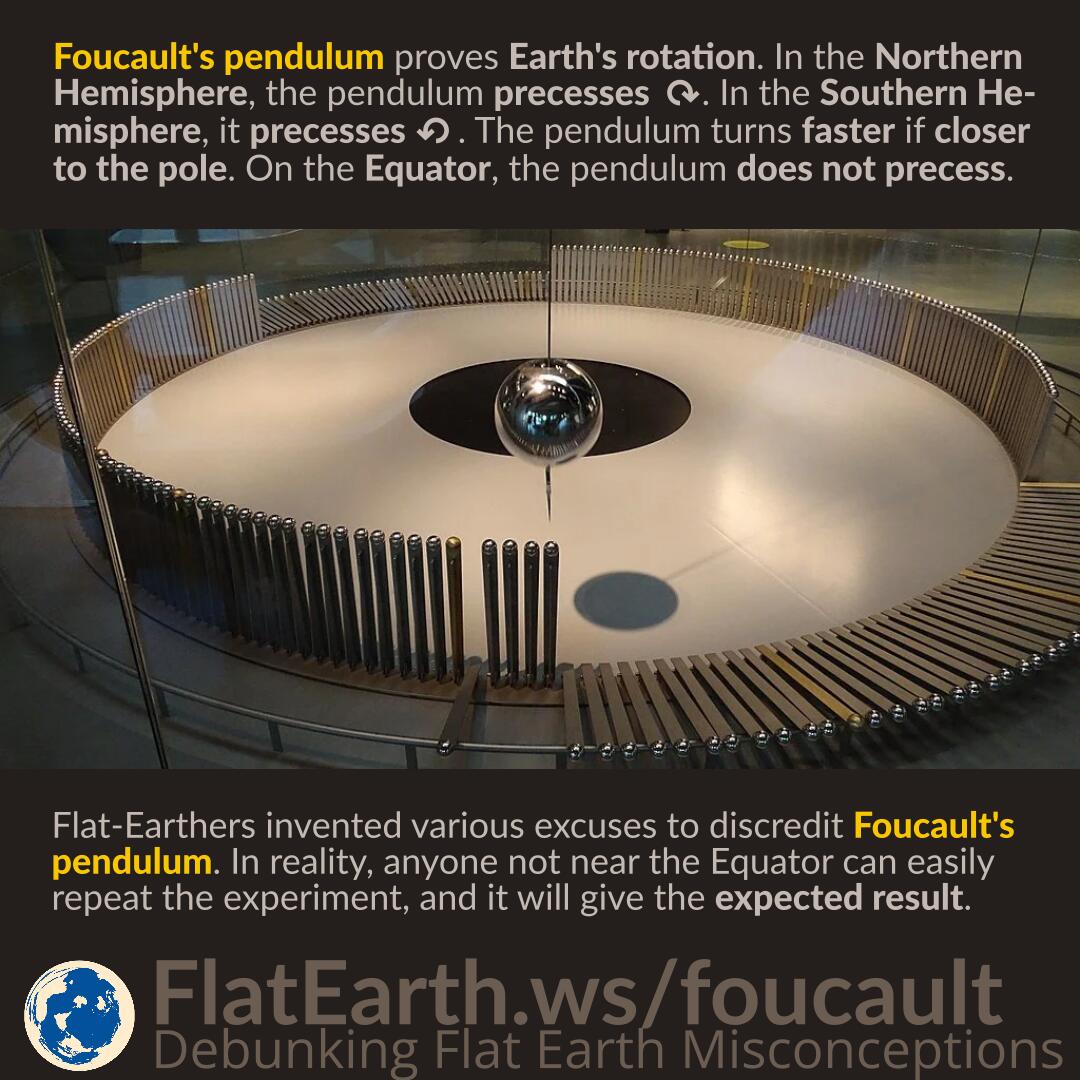 Flat-Earthers invented various excuses to discredit Foucault’s pendulum. In reality, anyone not near the Equator can easily repeat the experiment, and it will give the expected result.

END_OF_DOCUMENT_TOKEN_TO_BE_REPLACED 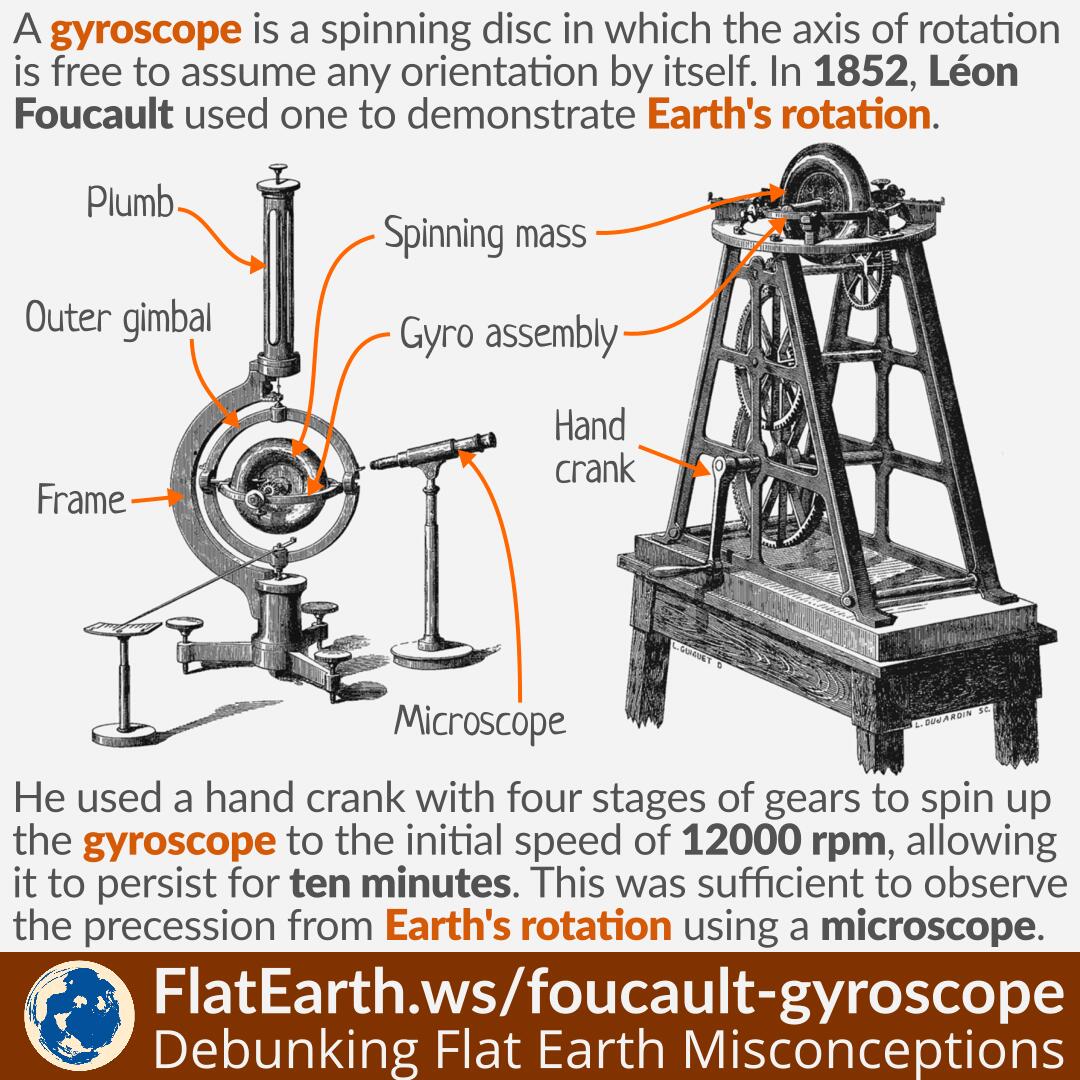