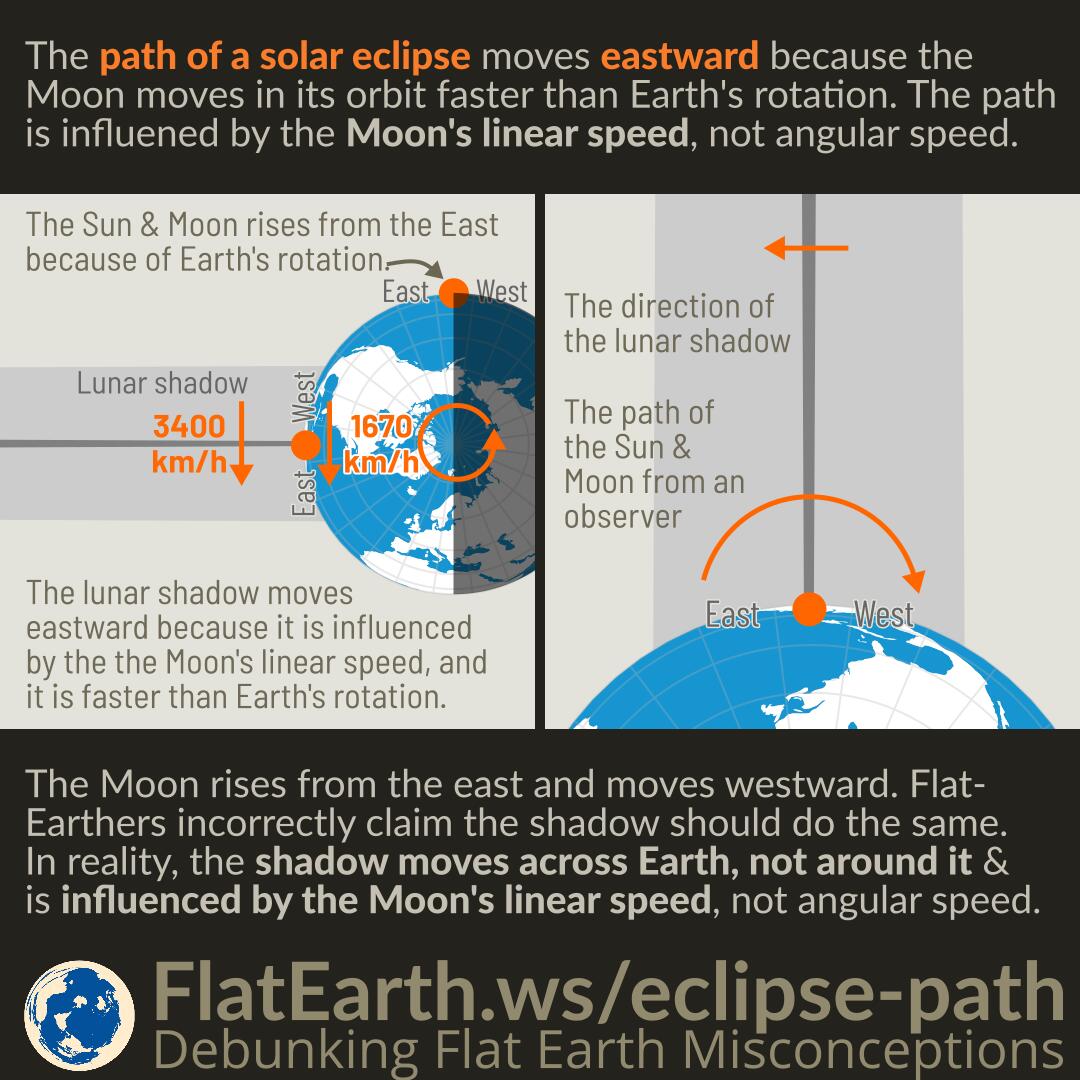 The path of a solar eclipse moves eastward because the Moon moves in its orbit faster than the motion of the observer due to Earth’s rotation. The path is influenced more by the Moon’s linear speed, not its angular speed.