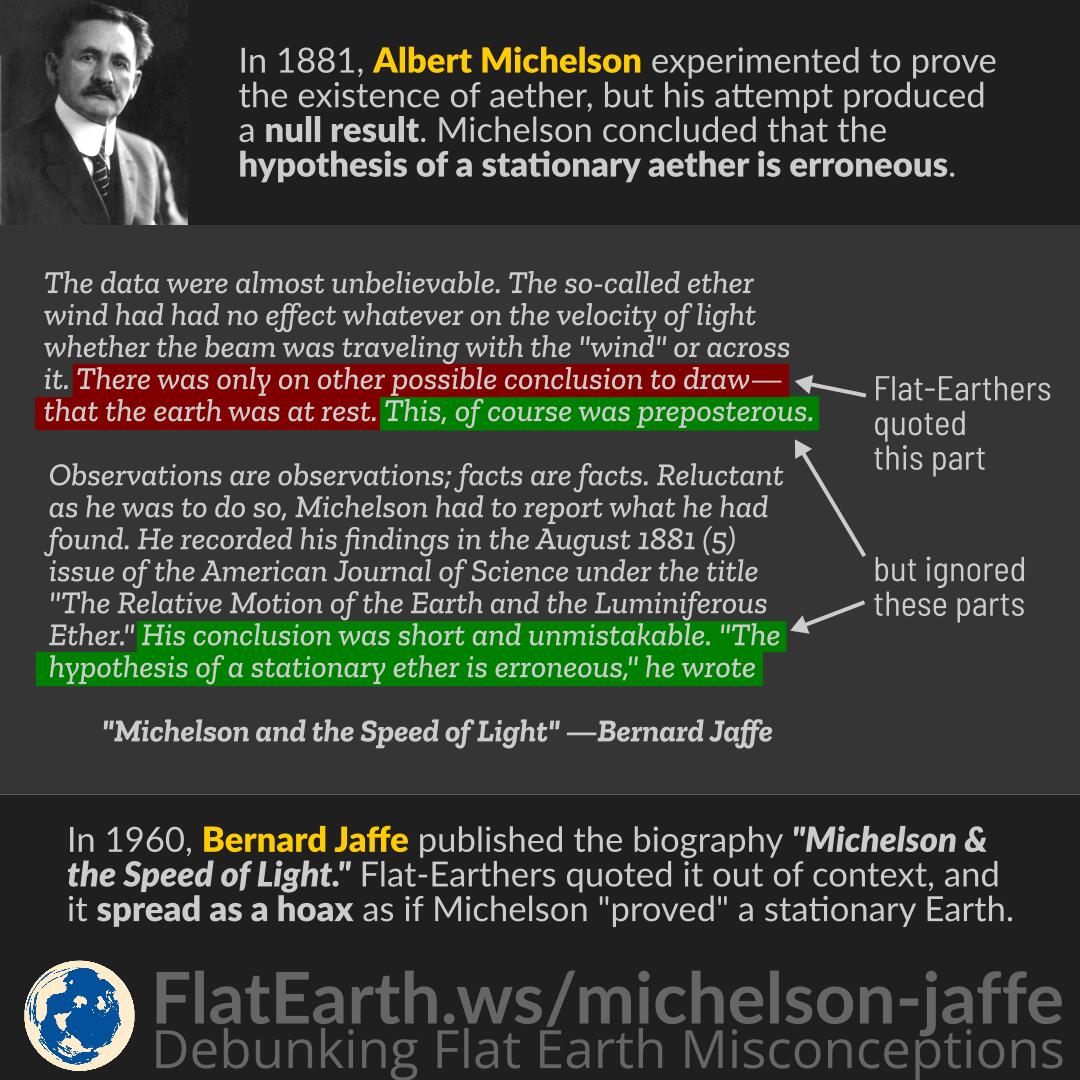 In 1881, Albert A. Michelson experimented to prove the existence of aether. Aether was a hypothesized material that fills the region of the universe. Scientists knew light is a form of a wave, and because all other waves require a medium to propagate, they formulated the aether hypothesis, in which light can propagate. However, Michelson’s attempt produced a null result. Michelson concluded that the hypothesis of a stationary aether is erroneous.

In 1960, Bernard Jaffe wrote Michelson’s biography in the book “Michelson & the Speed of Light.” Unscrupulous flat-Earthers quoted a lone paragraph from the book out of the intended context and presented it as if Michelson proved the Earth is stationary.