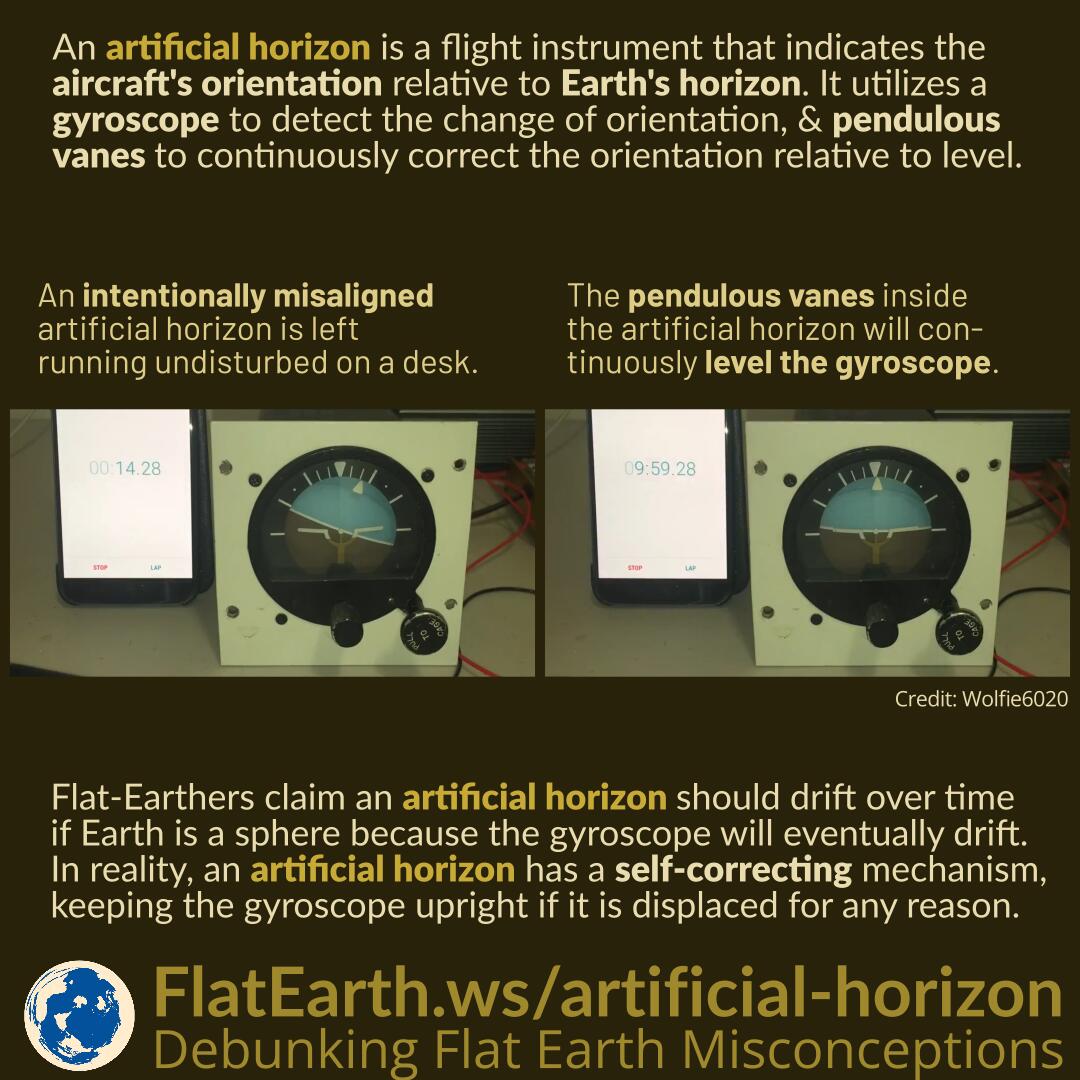 Flat-Earthers claim that an artificial horizon should drift over time if the airplane is flying over the spherical Earth because the gyroscope will eventually drift and no longer points toward Earth’s center. In reality, an artificial horizon has a self-correcting mechanism, keeping the gyroscope upright if it is displaced for any reason, including by the aircraft’s motion following Earth’s curvature.