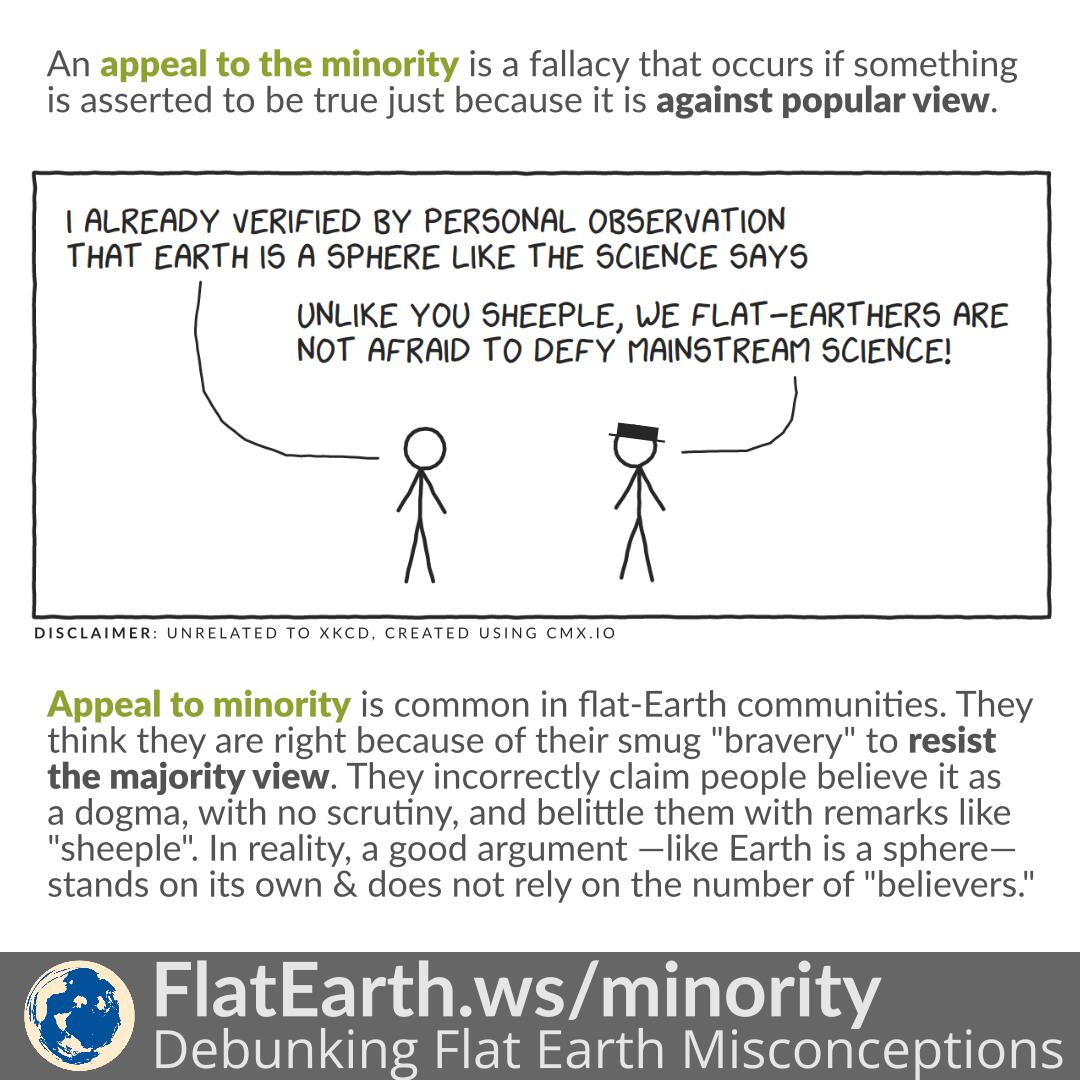 An appeal to the minority is a logical fallacy that occurs if something is regarded as true just because it is against the view of most people.

Appeal to the minority is common in flat-Earth communities. They think they are right because of their smug “bravery” to resist the majority view. They incorrectly claim that people believe it like a dogma, with no scrutiny, and belittle them with remarks like “sheeple.” In reality, a good argument —like Earth is a sphere— stands on its own and does not rely on the number of the supposed “believers.”