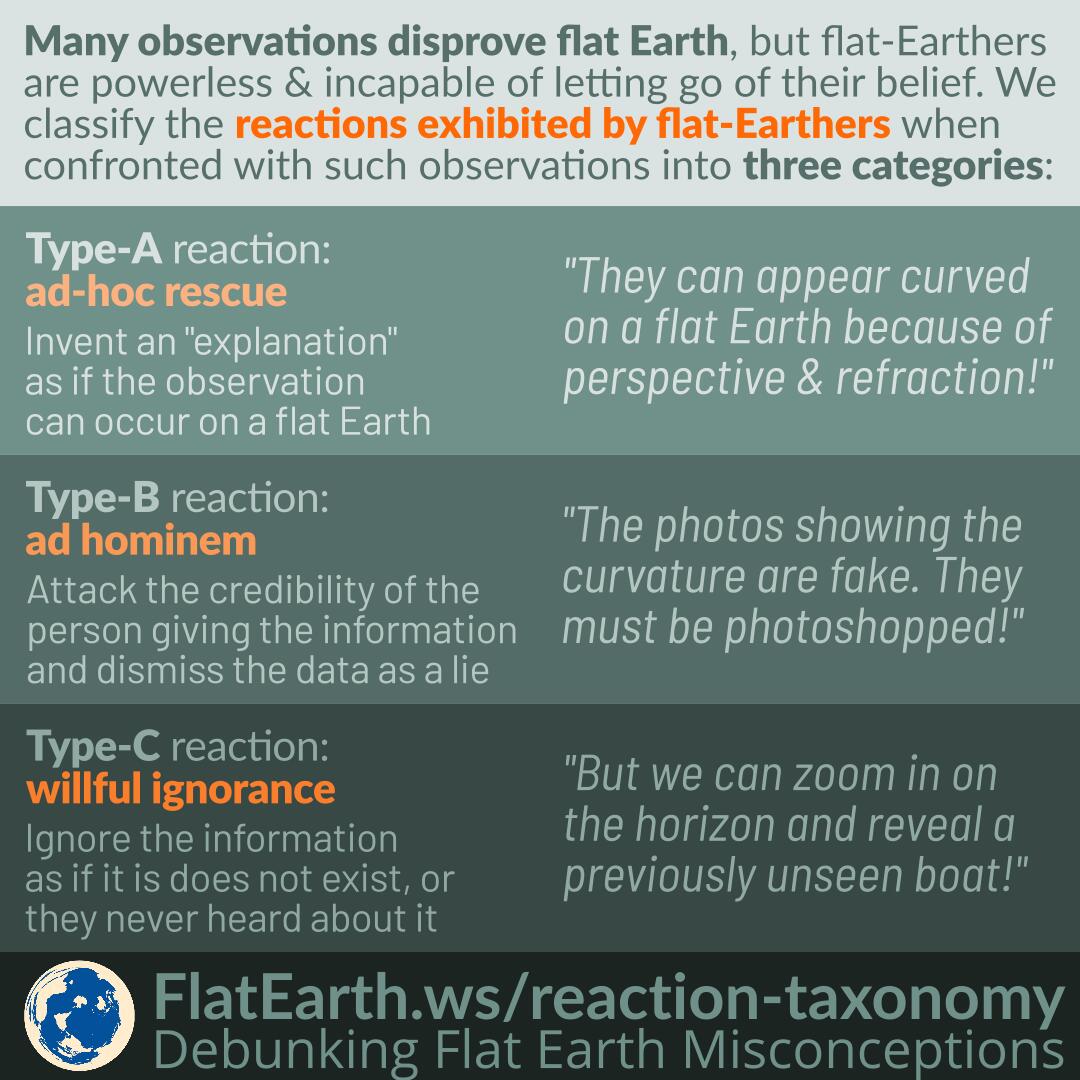 Many observations disprove a flat Earth, but flat-Earthers are powerless and incapable of letting go of their belief. We classify the various reactions exhibited by flat-Earthers when confronted with such observations into three broad categories:

END_OF_DOCUMENT_TOKEN_TO_BE_REPLACED

The shill gambit is a fallacy where one party dismisses another party’s arguments by proclaiming them to be on the payroll of some conspiracy, without having any evidence other than the arguments themselves. The shill gambit is a type of ad hominem and poisoning-the-well fallacy. It shifts from addressing the substance of the argument to attacking the person and their credibility instead.

Flat-Earthers would usually commit the shill gambit when they feel cornered. They would accuse anyone outspoken against flat Earth to have been paid by the global conspiracy. We at FlatEarth.ws get these accusations a lot.