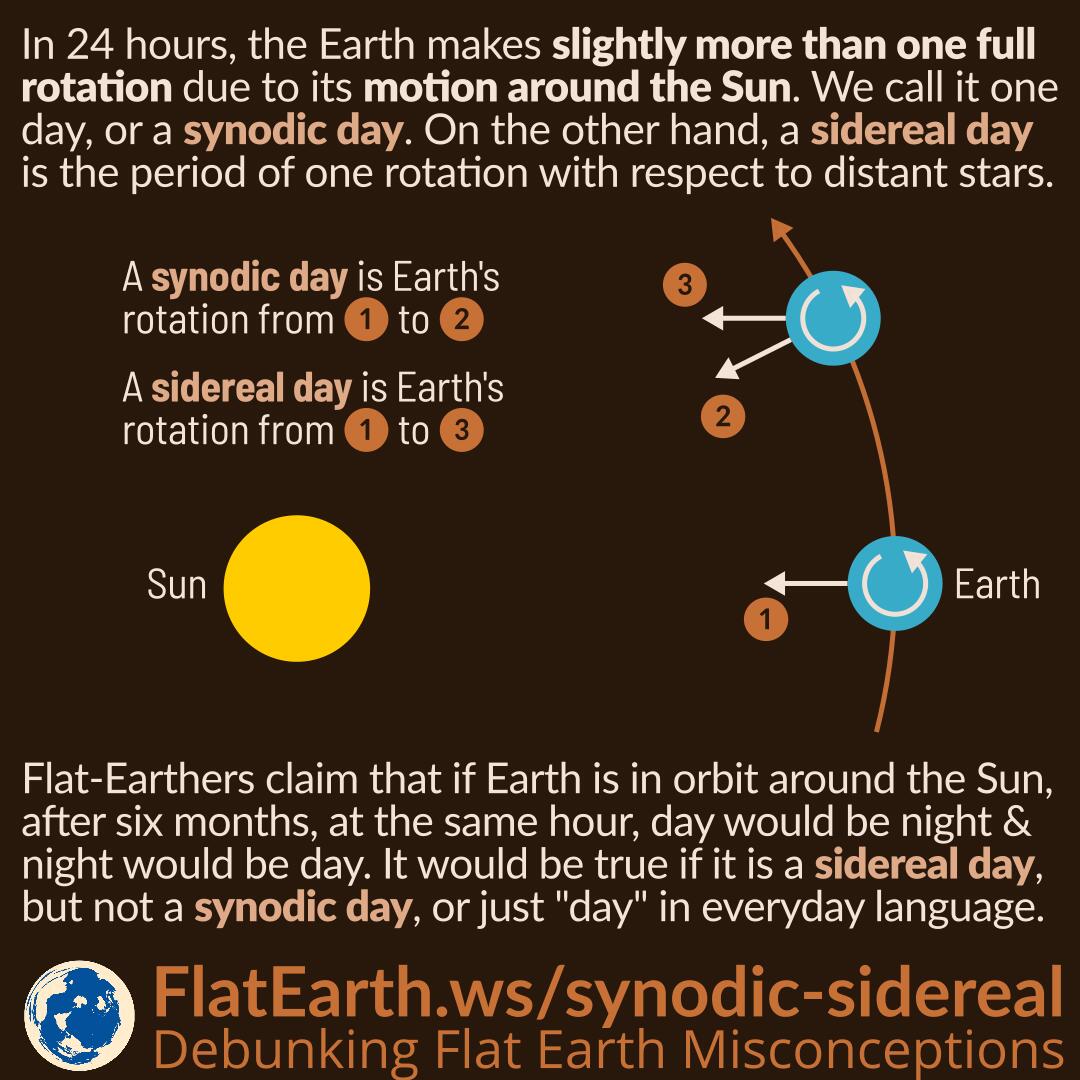 In 24 hours, the Earth makes slightly more than one full rotation due to its motion around the Sun. We call it one day or one synodic day. On the other hand, a sidereal day is the period of one rotation relative to distant stars.

Flat-Earthers claim that if the Earth is in orbit around the Sun, after six months, at the same hours, then the day would turn into night and night would turn into day. In reality, it would have been true if we are using sidereal day, not synodic day, or just “day” in our everyday language.

A synodic day —or just “day”— is the period it takes for a planet (like the Earth) to rotate once in relation to the star it is orbiting (like the Sun). For Earth, the length of a synodic day is 24 hours.