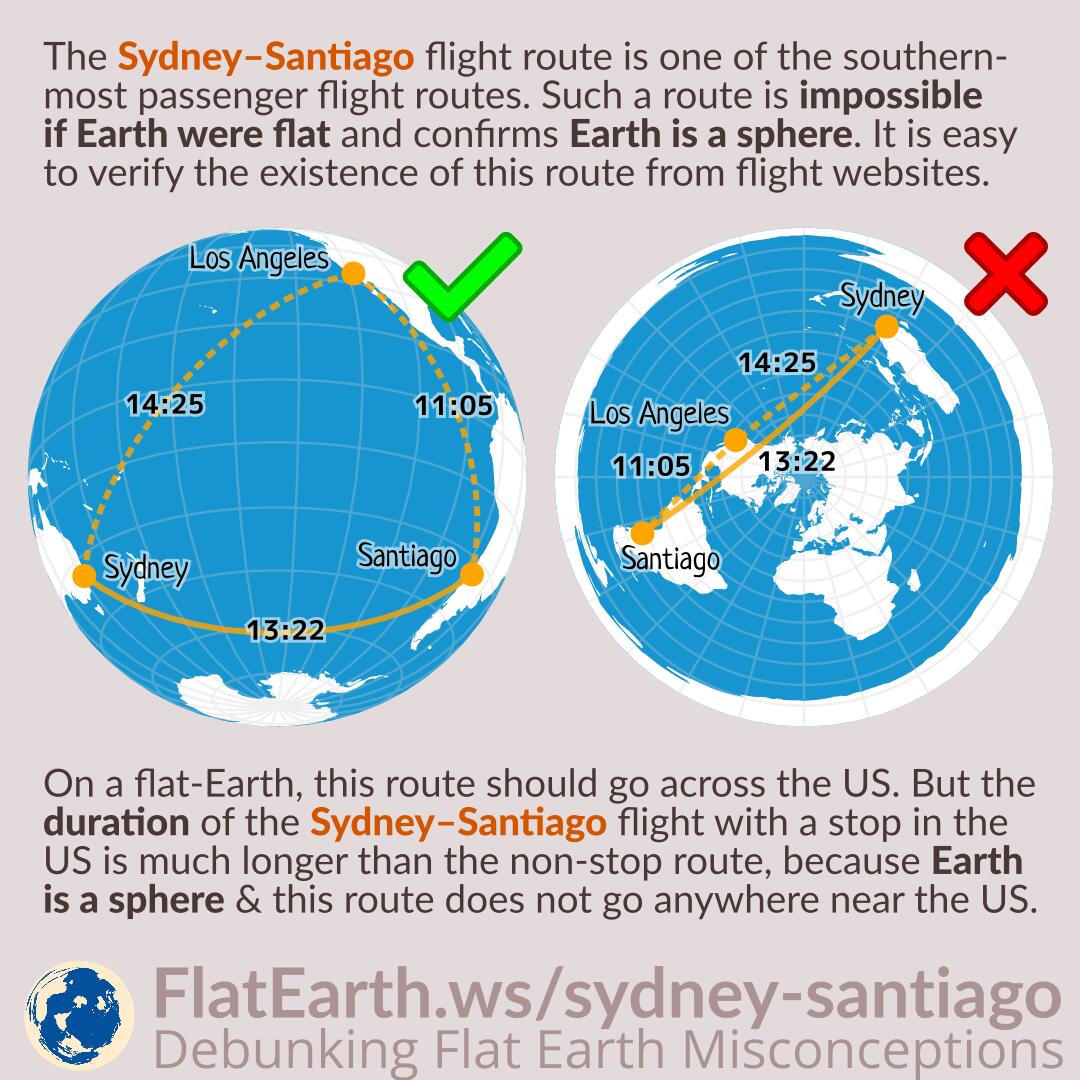 The Sydney-Santiago flight route is one of the southernmost passenger flights. Such a route is impossible if Earth were flat and confirms that Earth is a sphere. It is easy to verify the existence of this route from flight websites.

The duration of the non-stop flight of Sydney-Santiago is 13 hours 22 minutes. But the same flight with a stop in Los Angeles is 25 hours 30 minutes, or almost twice the duration.

If the flat-Earth model is correct, then both flights should have a similar duration and will not be almost twice as long just because it makes a stop in a city very close to the flight route.

The reason is that the flight does not actually go over the United States. The Earth is spherical, and the flight traverses the southern Pacific Ocean, which is the great circle route between Sydney and Santiago. If the passenger decides to take the same flight with a stop in Los Angeles, he would make a massive detour, and the trip would become almost twice longer than the non-stop flight.

The corresponding flight numbers and links to FlightAware.