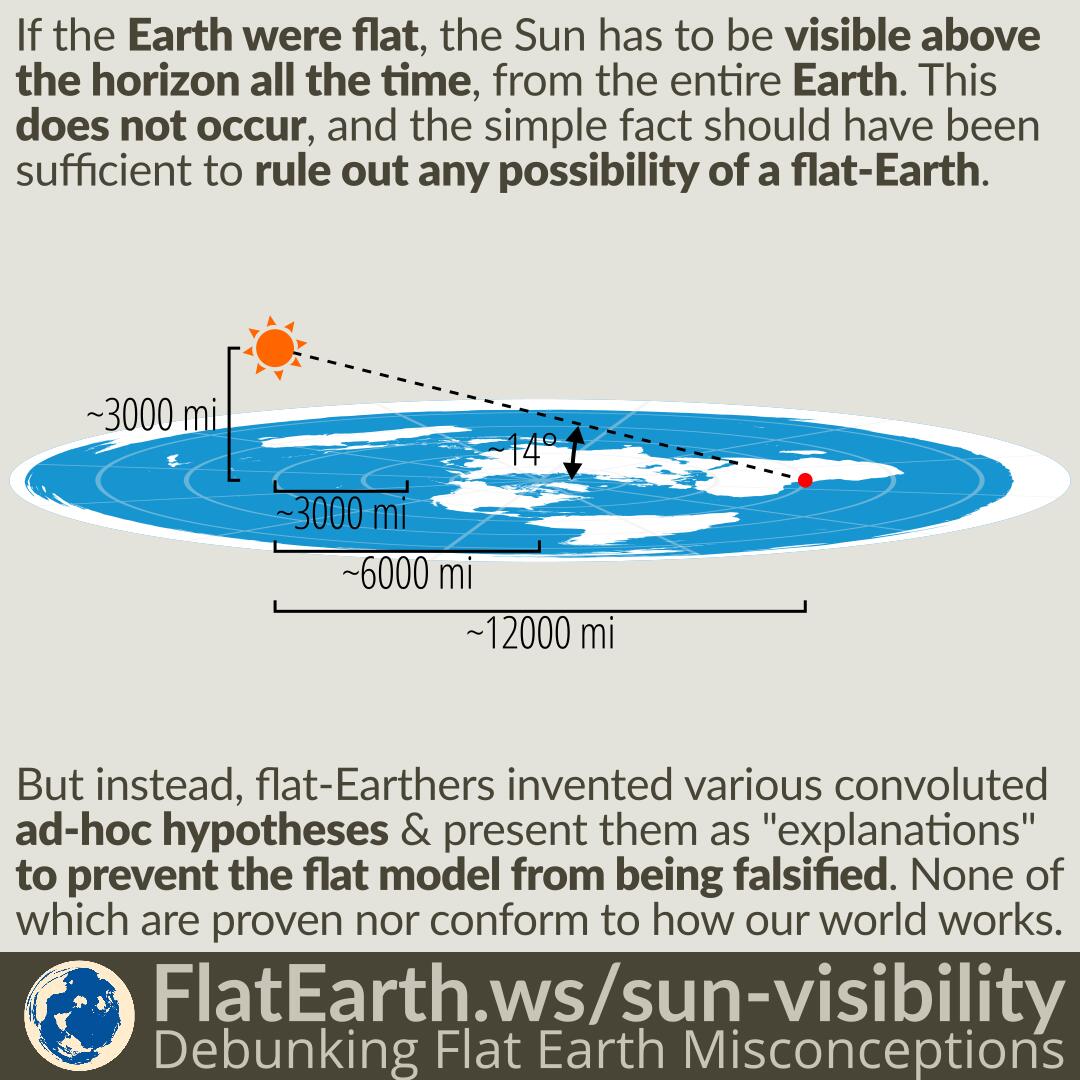 If the Earth were flat, then the Sun has to be visible above the horizon all the time, from the entire Earth. This does not occur, and the simple fact should have been sufficient to rule out any possibility of a flat-Earth.

But instead, flat-Earthers invented various convoluted chain of ad-hoc hypotheses and presented them as “explanations” to prevent the flat-Earth model from being falsified. None of the “explanations” are proven nor correspond to the way our world works.

If the Earth were flat, the Sun would never set. It would be visible all the time, and there would be no night. To “fix” this inconsistency with reality, they invented the ad-hoc hypothesis that the Sun shines like a spotlight. That did not address the fact that sunsets do happen. They ‘plugged’ the inconsistency by inventing another ad-hoc hypothesis that “perspective” and “refraction” (which differ from the real-world perspective and refraction, obviously) causes the appearance of a sunset. And so on. The entire community of flat-Earth can no longer distinguish the facts from the ad-hoc hypotheses they invented to prevent their beloved theory from being falsified.

It can be useful to get back to where it started without considering any of the ad-hoc hypotheses. Without all the unproven ad-hoc hypothesis, the Sun would never set in the flat model. At the extreme case where the observer is on the ‘edge’ of the Earth, the Sun would still be 8.7° above the horizon at its farthest point, or equivalent to the position of the Sun about half an hour before sunset (on the real-world Earth).