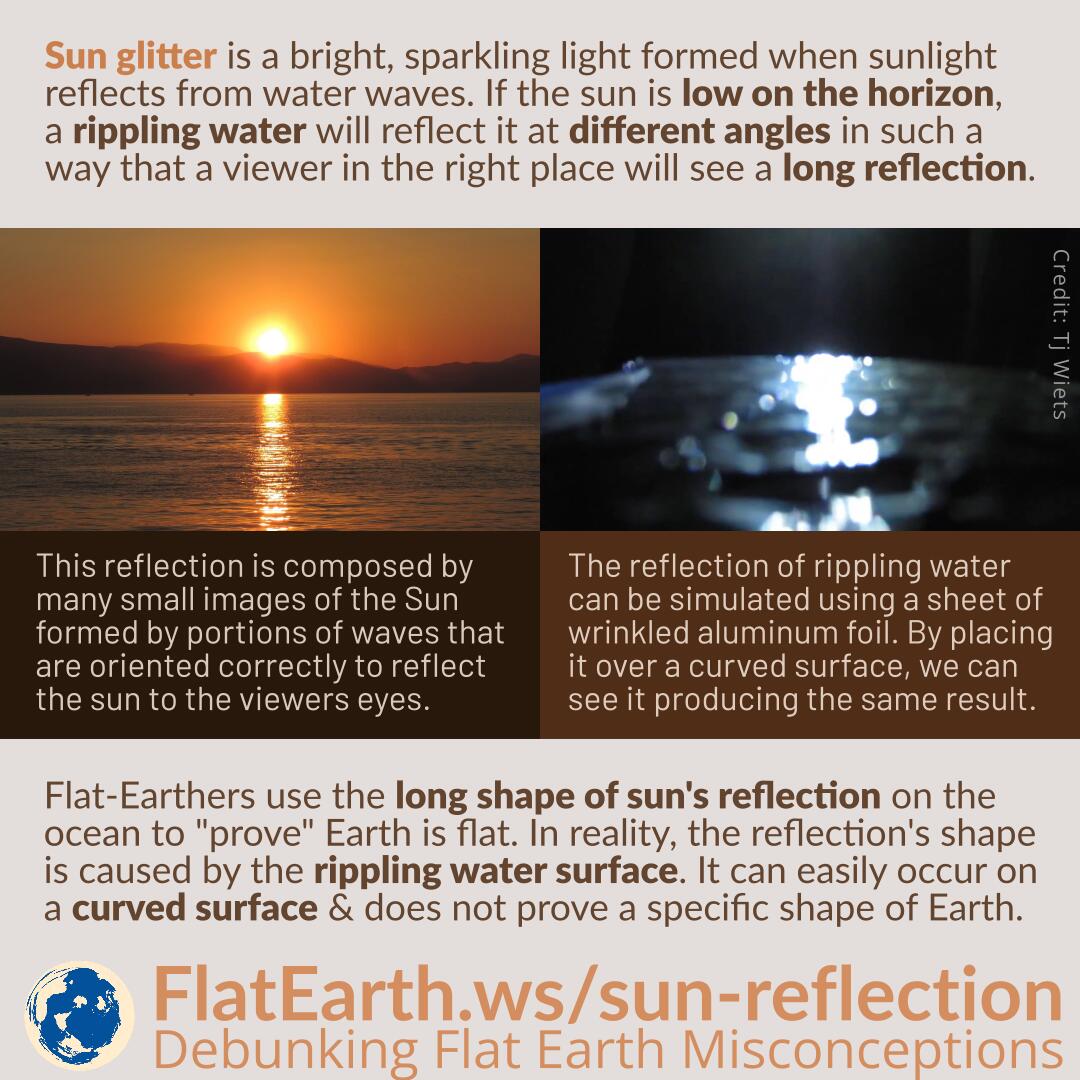 Sun glitter is a bright, sparkling light formed when sunlight reflects from water waves. A rippled by a locally smooth surface such as water with waves will reflect the sun at different angles at each point on the surface of the waves. As a result, a viewer in the right position will see many small images of the sun, formed by portions of waves oriented correctly to reflect the sun’s light to the viewer.

Flat-Earthers like to devise a “simulation” to show that a curved surface does not form the shape of reflection similar to what we observe during sunset and incorrectly concluded Earth is not a sphere.

Their mistake was placing the observer too far from the surface, making far too large of a curvature to represent spherical Earth, and using an even, smooth surface. Their simulation was more suitable to describe how sunglint —the reflection of the Sun on the smooth ocean surface— appears from space. Pictures of Earth taken from the Himawari-8 satellite, for example, look similar to the characteristic of the reflection on their simulation.

The reflection of rippling water can be easily simulated using a sheet of wrinkled aluminum foil. By placing it over a curved surface, we can see it producing the same result.