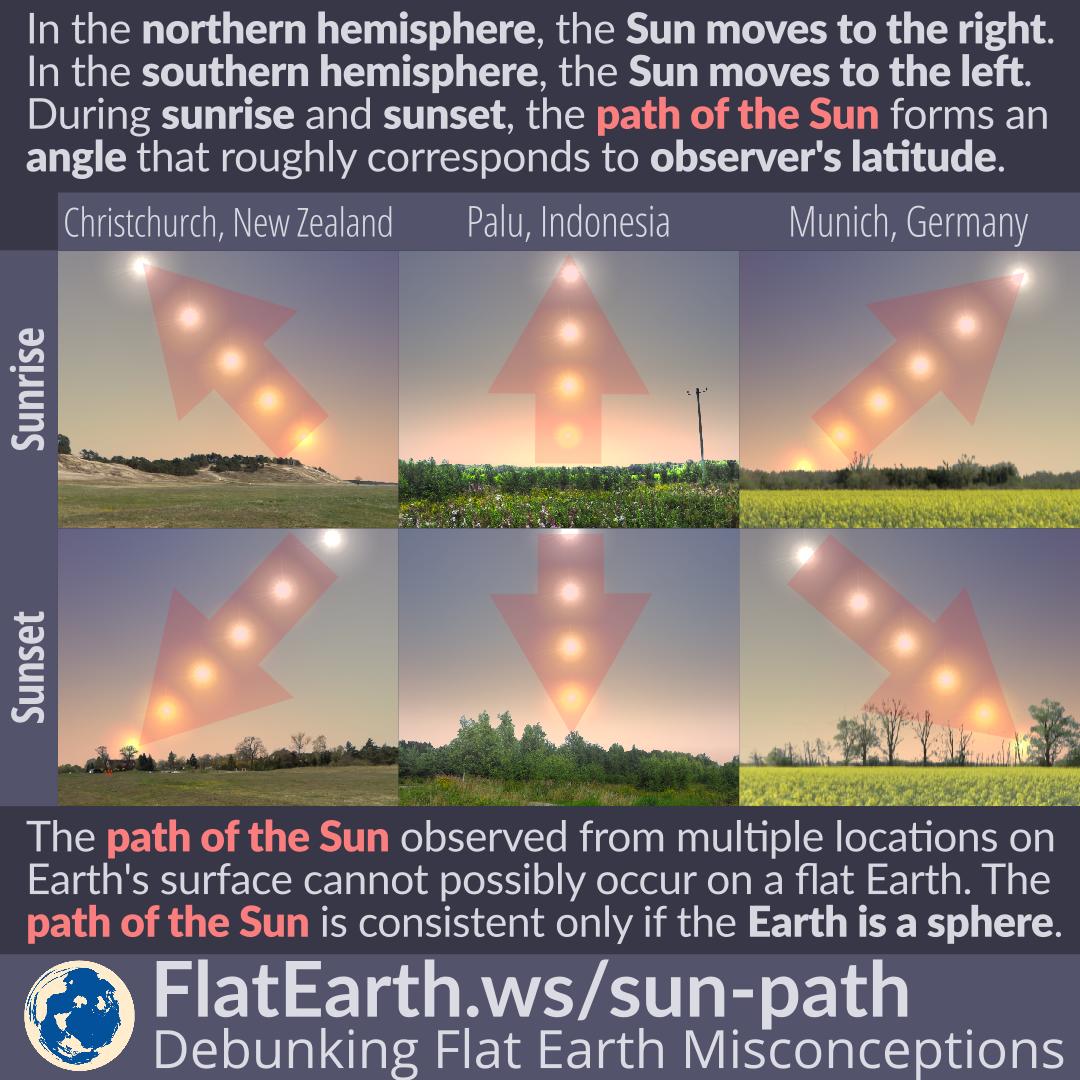 The path of the Sun observed from many different locations on Earth’s surface is evidence of spherical Earth. This observation cannot possibly occur on a flat Earth.