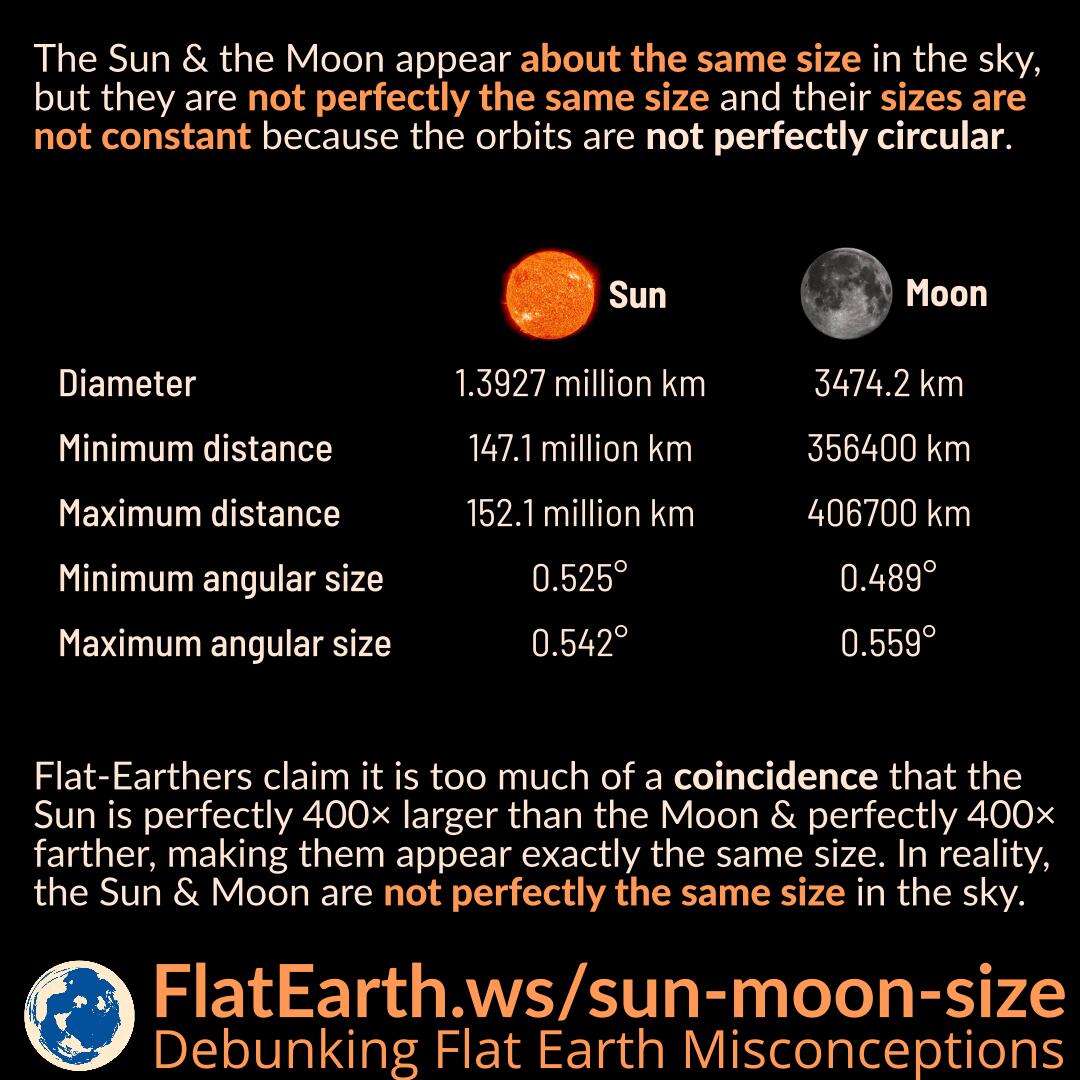 The orbit of the Moon is even more eccentric. The distance to the Moon is often stated as 384400 km. Again, this is the average value. The actual distance is somewhere between 356400 km and 406700 km. When the moon is at the closest distance, it results in the largest apparent size of the Moon. We call it a supermoon.