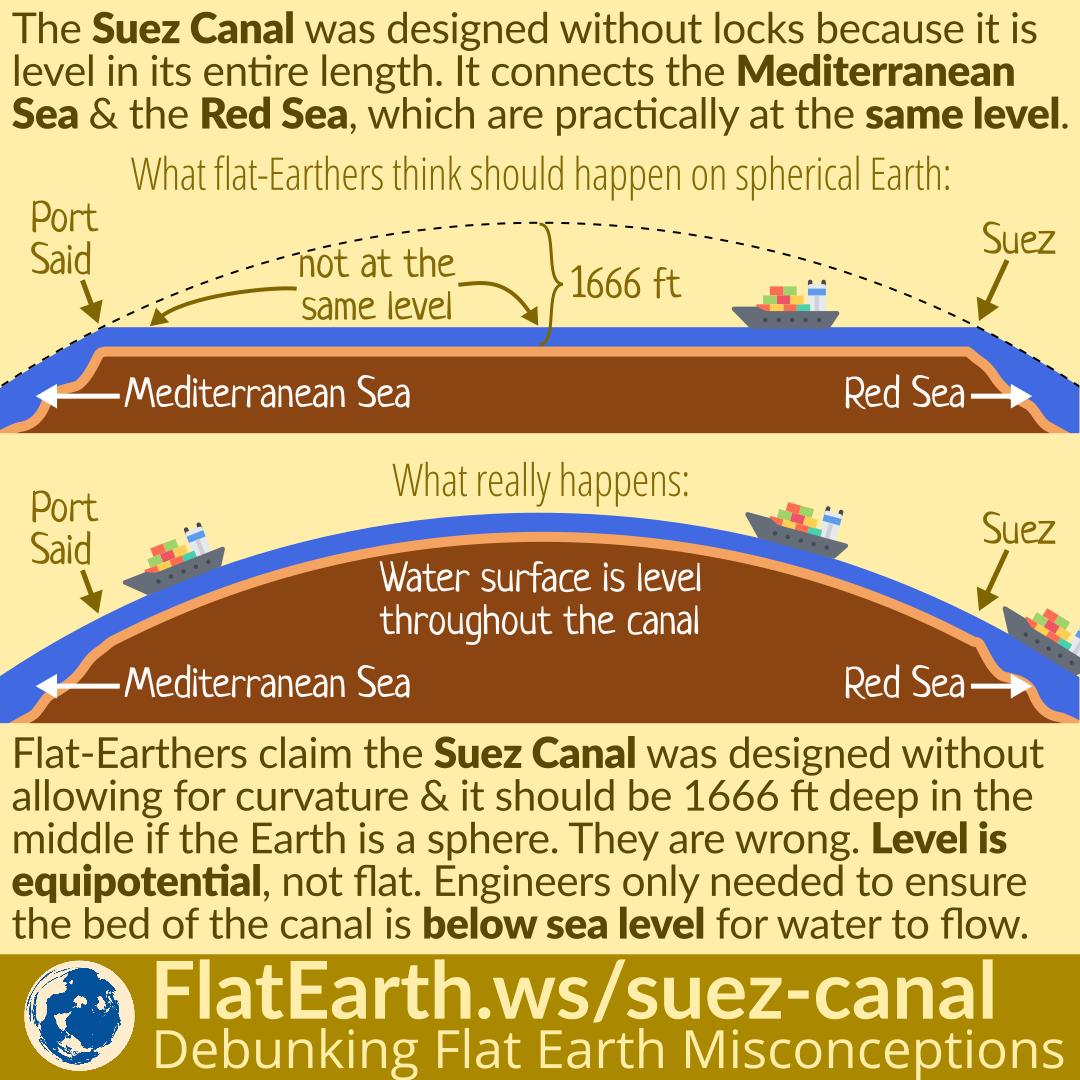 The Suez Canal is a waterway connecting the Mediterranean Sea to the Red Sea. The level of water on both seas is practically the same, and the Suez Canal contains no locks system.

Flat-Earthers are claiming that the Suez Canal was constructed without accounting for curvature. They said if the Earth were spherical, then the middle of the canal should have been 1666 ft deep. This is merely a misconception. The surface of the water is equipotential. It has roughly the same distance to the Earth’s center of gravity. It is not necessary to dig 1666 ft in the middle of the Suez Canal. The engineers only need to ensure the base of the canal is below sea level for sea water to flow.