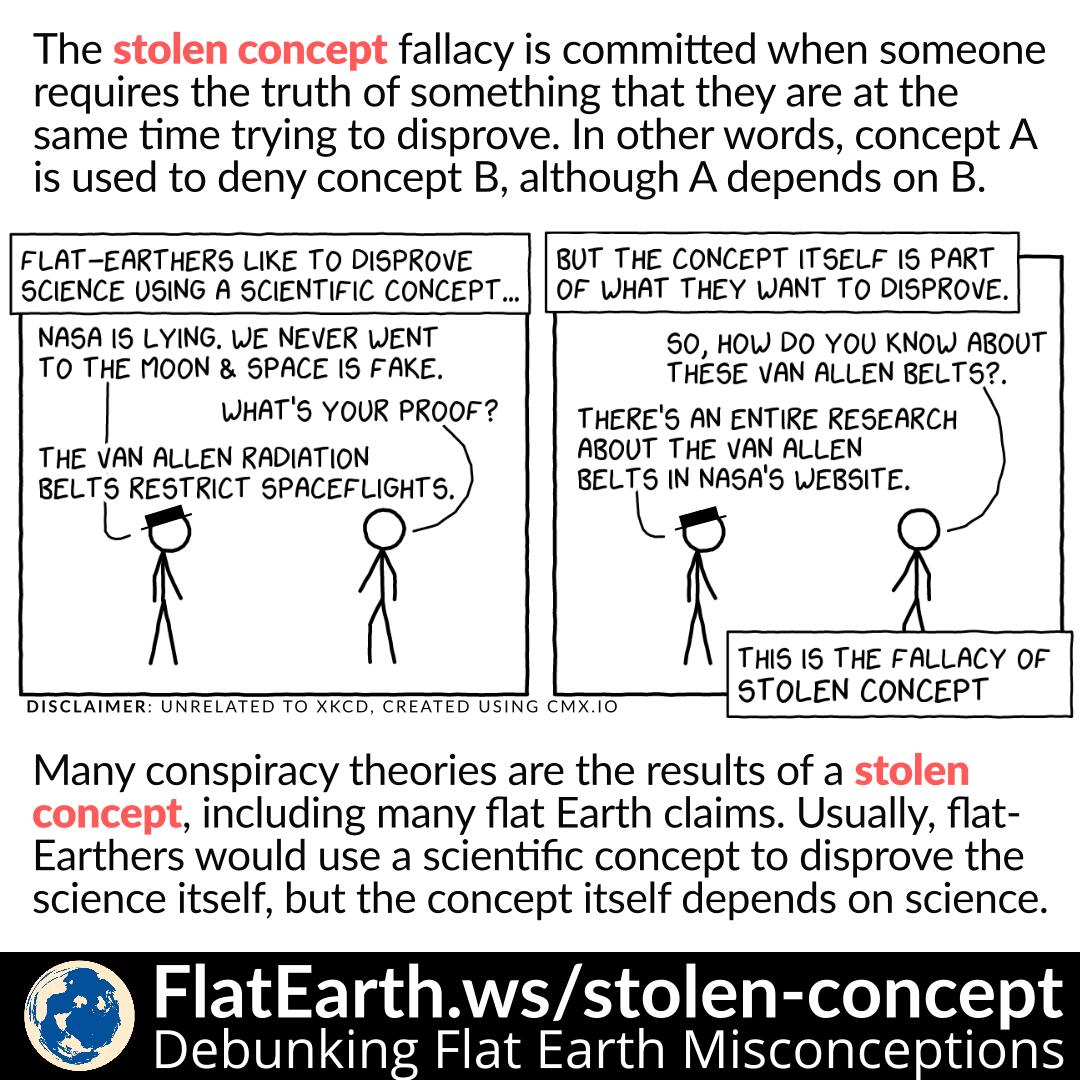 The stolen concept fallacy is committed when someone requires the truth of something that they are at the same time trying to disprove. In other words, concept A is used to deny concept B, although A depends on B.

Many conspiracy theories are the results of a stolen concept, including many flat Earth claims. Usually, flat-Earthers would use a scientific concept to disprove science itself. On the other hand, the concept itself depends on science.